Britain is paying a substantial price for the vote to leave the EU. Under Trump the US has left the Paris climate agreement and will seriously cut the protected areas of its national parks. International relations both with foes and allies are at a new low. The latest tax reform mainly benefits the rich and partly revokes Obamacare. And Trump’s one-sided recognition of occupied Jerusalem as Israel’s capital could lead to new unrest in the Arabic region.

Such developments, of course, have further consequences. A colleague in the US is now teaching a course on How Democracy Fails and the author of a blog is worrying about the new wave of anti-democrats.

Has the success story of modern Western democracy come to an end? And was the victory of democracy over competing political systems like monarchy and clear-cut oligarchy in the first half of the twentieth century a good thing in the first place? Plato, who devoted most pages of his famous dialogues to political philosophy, would clearly have answered the latter question with a “no”.

So what is Plato’s criticism of democracy?

Politics is an art which requires specific knowledge

To begin with, Plato understands politics as a science or an art that requires specific knowledge. A pilot of a ship needs knowledge of the waters, winds and stars in order to navigate. Similarly, a politician needs knowledge about what is good and just for the political community and its citizens.

For Plato, such kind of knowledge exists not only as an objective moral reality but true philosophers are also able to access the truth about it. In the language of contemporary meta-ethics, Plato was a cognitivist and – though the term sounds odd – a moral realist. Versions of these views are still defended by contemporary philosophers.

One important reason why democracy is bad for Plato is that ordinary people only have opinions about what is good and just. They are neither able to achieve moral and political knowledge nor to judge the people who claim to have such kind of knowledge.

There is no objective moral reality

In my view, Plato’s understanding of politics is partly accurate and partly problematic.

There are good reasons to doubt both that an objective moral reality exists and that, if it existed, we could achieve knowledge about it. Different societies and cultures have – as ethical relativists keep emphasizing – different and even opposing views about what is good and just. Even philosophers notoriously have deep disagreements about these questions.

Modern societies are characterized by value pluralism. Citizens need to discuss and argue about their opposing views of what is good and just but usually they cannot solve their disagreements. With elections and referenda democracy provides at least some procedures to decide in which direction the ship of state should navigate. The politicians and political parties who win elections and create majorities are justified to take over the steering wheel for a limited amount of time.

Plato: Elections Are nEither good Nor just

Elections and referenda are efficient procedures to deal with political disagreements. However, with Plato we can doubt whether these procedures are really good and just. According to Plato, they are bad because of the low capability of the people to adequately judge political matters and to select truly apt representatives. Furthermore, the people are rather irrational and easily manipulated by politicians and demagogues.

It is hard to deny that the referendum for Brexit and the elections of George W. Bush and Donald Trump support Plato’s criticism. Elections and referenda are also unjust for Plato because of their egalitarian character. According to him, because of their different intellectual capabilities and education, not all men and women should have the same vote.

Similarly, the most influential British philosopher of the nineteenth century, the liberalist John Stewart Mill, claimed that people’s votes should have unequal weight because people have unequal knowledge and expertise. Despite his criticism, Mills concedes at least unequal voting rights for all citizens.

is Democracy worth defending?

Mill’s suggestion is not only difficult to implement. It would also hardly get wider recognition in the modern world that is so heavily shaped by the belief in the equality and equal worth of human beings.

But Plato and Mill clearly brought up a painful subject for democracy with their criticisms – a subject that deserves future attention and effort, but is not easy to resolve. Increasing the level of education and political knowledge of the people should be one solution to the problem.

However, one should be aware that the right to vote is by no means the only feature of democracy. Actually, it was not even a characteristic feature for ancient democracies that distributed most political offices not through elections but by lot.

Despite the disagreements of modern theoreticians of democracy about the definition of their subject, one should keep in mind that democracy in the modern world also means crucial rights and liberties, the rule of law, pluralism, tolerance, and the separation of powers and thus the protection from the abuse of power.

Because of the substantial value of these features modern Western democracy is certainly worth defending despite the recent setbacks.

Complement this story with Polly Lohmann’s article on What the Graffiti of Ancient Pompeii Teach us About our Modern Selves and Konstantinos Kapparis on Why Prostitution Should be Legal as in Ancient Greece. 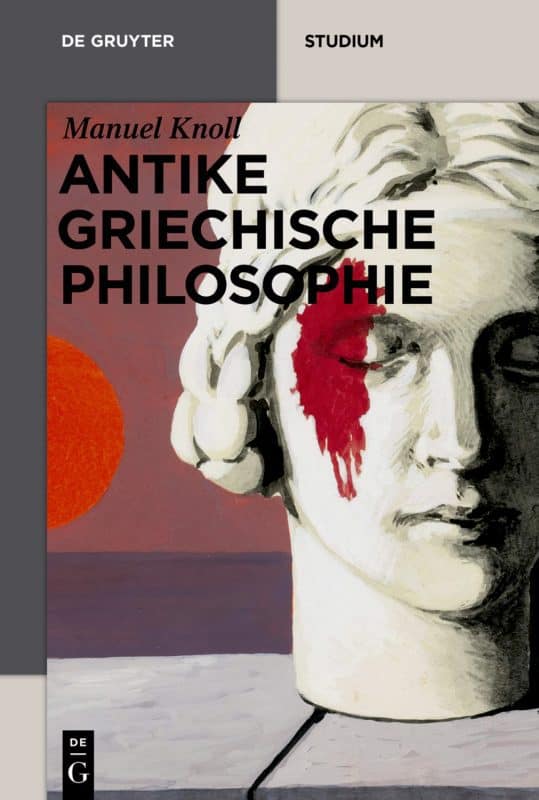 Professor Manuel Knoll earned his PhD in Philosophy, Political Science and History from the University of Munich in 2000. After lecturing at the University of Munich and at the Munich School of Political Science since 1998, he became a Professor of Philosophy at Fatih University, Istanbul, in 2011 and a Professor of Philosophy at Istanbul Şehir University, Istanbul in 2015. Since 2013 he is a Member of Instituto “Lucio Anneo Séneca” of Universidad Carlos III de Madrid.