Peter J. Sabo and Rhiannon Graybill are the editors of “WHO KNOWS WHAT WE’D MAKE OF IT, IF WE EVER GOT OUR HANDS ON IT?”
The Bible and Margaret Atwood, now available from our publisher partner Gorgias Press.

Margaret Atwood has been forthright about the fact that the election of Donald Trump inspired her to write The Testaments, the highly anticipated sequel to her most famous work, The Handmaid’s Tale.

These two novels are set in the dystopian Republic of Gilead, a totalitarian and patriarchal theocracy that rules over most of the territory that formerly belonged to the United States.

“The leaders of Gilead use the Bible for their own purposes: to promote the superior status of men, to rationalize state interference in even the most private aspects of life, to prescribe societal and familial roles, and, perhaps most of all, to justify their control over female bodies.”

The leaders of Gilead use the Bible for their own purposes: to promote the superior status of men, to rationalize state interference in even the most private aspects of life, to prescribe societal and familial roles, and, perhaps most of all, to justify their control over female bodies.

Of course, astute readers of the Bible will notice that the Gileadean authority figures can be quite selective in what they choose to emphasize. At one point, the narrator of The Handmaid’s Tale, Offred, notices that they falsely attribute one of their mottos as part of the beatitudes: “Blessed are the merciful. Blessed are the meek. Blessed are the silent. I knew they made that [last part] up, I knew it was wrong, and they left things out, too.”

The leaders of Gilead know, therefore, that the Bible can act simply as an object of authority and reverence despite what it actually says.

If this sounds a bit familiar, that’s because it is. Atwood has famously asserted that there is nothing in The Handmaid’s Tale or The Testaments that hasn’t already happened. This includes the almost magical power the Bible – as both an object and an ideological framework – exerts over the history of the United States.

The Bible and Donald Trump

What else can explain Donald Trump’s insistence that the Bible is his favorite book? When pressed on the issue, he generally fails to mention specific books or verses. It’s safe to say that Trump probably isn’t an avid reader of his proclaimed favorite book. Why, then, is he so adamant that he is?

“It’s safe to say that Trump probably isn’t an avid reader of his proclaimed favorite book.”

The answer, of course, is that merely claiming that you read the Bible and treat it as a sacred book provides you with a certain amount of clout in American political discourse. Like the leaders of Gilead, Trump is good at promoting the importance of the Bible as a sacred object for his own political purposes without having to get into any in details about the biblical text itself.

In April 2017, the New Yorker christened Atwood “the prophet of dystopia,” no doubt with Trump, and Trump’s America, in mind.  But three years later, Gilead is not the only one of Atwood’s dystopias to resonate with the present moment. The MaddAddam trilogy, published between 2003 and 2013, and consisting of the novels Oryx and Crake, The Year of the Flood, and MaddAddam, imagines a future in which most of the world’s population has been eliminated through a global plague. A small number of survivors work to rebuild the world, accompanied by the Crakers, a semi-human race created by the mastermind behind the plague, a scientist known as “Crake.”

From the Plague to Covid-19

Unlike the plague that Crake releases (an event chronicled in the second book of the trilogy, The Year of the Flood), the novel coronavirus known as Covid-19 is a natural creation, not a human one. And yet in learning to live in pandemic time, we find ourselves reminded of Atwood’s world – a world in which the effects of disease are amplified by rampant income inequality, religious fervor, and climate change.

“In learning to live in pandemic time, we find ourselves reminded of Atwood’s world – a world in which the effects of disease are amplified by rampant income inequality, religious fervor, and climate change.”

And like Atwood’s survivors, most of them members of a radical environmentalist religious sect known as God’s Gardeners, we are learning to live in this brave new world. Substantial sections of both describes survivors of the plague who are radically isolated – one character is trapped in a spa, another in a sex club, a third believes himself to be the only human left alive.

While, unlike Atwood’s characters, we have not yet had to learn to live with sheep with human hair or to battle genetically modified pigs (let alone learn to understand their religion), these characters give us reassurance in these times of isolation and fear.

Given how significant the Bible is to Gilead, it’s also worth observing how the characters from these books also selectively use the scriptures. Members of the God’s Gardeners live in their Edencliff Rooftop Garden, listen to sermons from their leader Adam One about how the Bible is in fact an environmental manifesto, and create their own biblically-inspired hymns. Adam One justifies his interpretation of scripture in the following way:

The Human Words of God speak of the Creation in terms that could be understood by the men of old. There is no talk of galaxies or genes, for such terms would have confused them greatly!…God cannot be held to the narrowness of literal and materialistic interpretations, nor measured by Human measurements, for his days are eons, and a thousand ages of our time are like an evening to Him.

This perspective allows Adam One to discuss how the Bible coincides with the science of the Big Bang and theories of primate evolution. God’s Gardeners, moreover, use the Bible as their guidebook on how to prepare for the inevitable “waterless flood” that will sweep over the earth (the “waterless flood” actually occurs when Crake initiates his global plague).

While Adam One’s message is far removed from Trumpian politics, there is an underlying similarity in the way that they use the Bible for their own purposes. Indeed, Atwood’s varied use of the Bible in her works displays a fundamental historical truth: what the Bible “says” largely depends on who has their hands on it.

“What the Bible ‘says’ largely depends on who has their hands on it.”

It comes as no surprise, then, that the Bible continues to be used in interesting (and horrible) ways in the strange times of the Covid-19 pandemic. There are, predictably, those who think the Bible has prophesied about Covid-19. Indeed, a Bible study leader for Trump’s cabinet has recently asserted that the virus is God’s wrath. Of course, many Christians, and religious people in general, would disagree with such a take, but, either way, there is something that draws Americans toward the Bible in times of uncertainty.

In The Handmaid’s Tale, Offred calls the Bible “an incendiary device” and ponders, “Who knows what we’d make of it, if we ever got our hands on it?” Our present moment continues to offer up all sorts of terrifying, inspiring, and strange answers to this question.

Learn more in this title from our publisher partner Gorgias Press 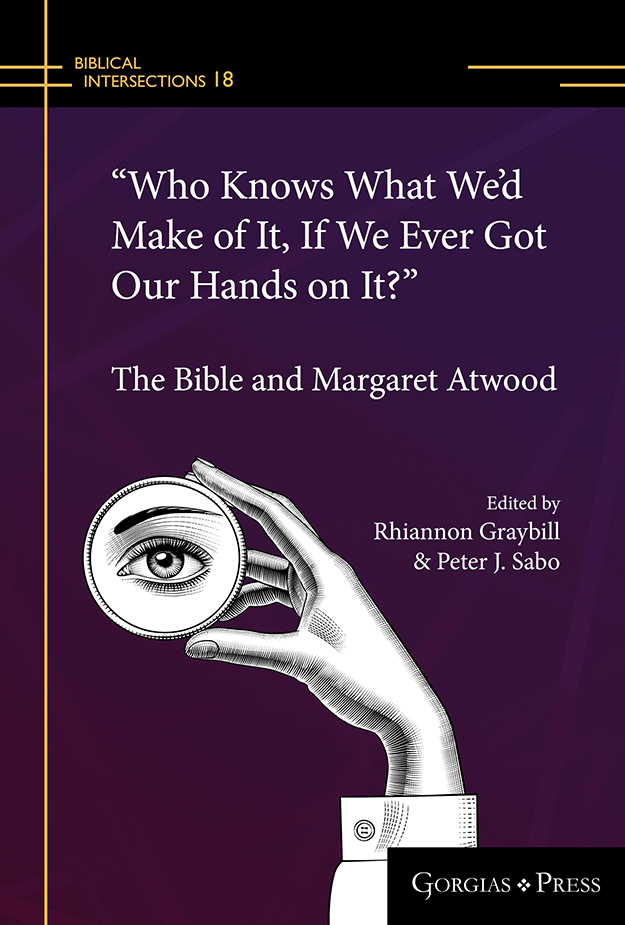 Edited by Rhiannon Graybill & Peter J. SaboWho Knows What We’d Make of It, If We Ever Got Our Hands on It?The Bible and Margaret Atwood

[Title Image by Titi Nicola via Wikimedia Commons, CC BY 4.0] 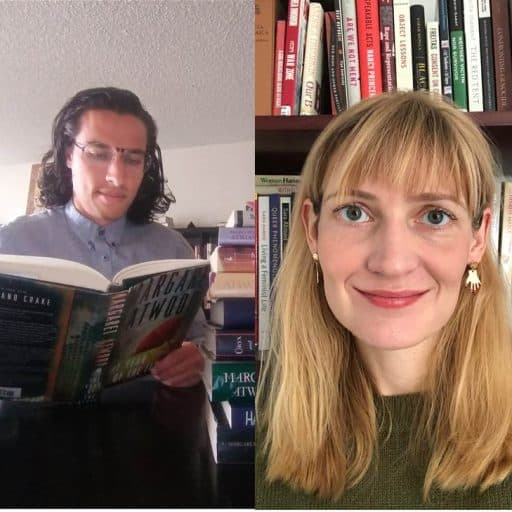