Since the mid-seventies, the Hollywood war film has almost been synonymous with films about the Vietnam War. Only at the turn of the new millennium did large-scale Hollywood productions emerge that once again looked back to the Second World War. Saving Private Ryan (1998), for instance, tells of the first days of the invasion in Normandy; Terrence Malick’s The Thin Red Line, also from 1998, and John Woo’s Windtalkers from 2002 are set during the war in the Pacific.

If the Vietnam films had been about what was probably the greatest moral crisis of the United States in the last century, the Second World War stands for moral-political authority and military-economic leadership. At the end of the twentieth century it became necessary once again to bolster the moral prestige that the United States had achieved in the greatest moral and human catastrophe of a century familiar with catastrophes.

These films, which were made before the attacks on the World Trade Center and the wars in Afghanistan and Iraq, instigated a new discussion about the media representation of war and its cultural and political function. In a certain sense, this discussion continues to this day.

Rather than replacing historical consciousness with aesthetic experience, Saving Private Ryan cites historical imagery like the documentary footage shot during the Normandy landings as well as the visual standards of classic Hollywood war film. In its engagement with these, Saving Private Ryan participates in the creation of collective memory and cultural remembrance of a historical catastrophe that is fading in the memory of the living generation.

With no establishing action, Saving Private Ryan starts with a bang. The first rows of soldiers die as a living shield, making it possible for those following to advance, step by step, row by row, onto the beach peppered with mines and fencing. The troops push onto the land, while the individual soldiers, tattered and shot to pieces, head toward the prize made possible by this movement.

Within its first twenty minutes, Saving Private Ryan draws on all the registers of audiovisual rhetoric that the cinema has developed for battle scenes to put this monstrosity on the screen. The camera moves between diffusely attributable shots, just above or below the water, like a swimmer, or a drowning person; sometimes obstructed by the water spraying up; sometimes the smeared spurts of blood make the lens itself visible.

What we see gets detached from any attributable perspective, becomes distant, viewed as through a glass pane. Even the level of sound is composed out of an impression of multiple perspectives, moving between the muteness of the soldiers falling into the water and the deafening noise of the explosions.  The turmoil of the battle becomes a horror film; mute cries, thudding inaudible shots, soundless grenade explosions, bodies torn to pieces. Finally, we see the protagonist’s face: a shell-shocked face.

What for the character is a passage through a trauma, functions for the spectator as a mirror reversal of the sequence of action in the classical war film. There, the agony of the soldiers, the shell-shocked face, is the last image; here it is placed at the beginning. The same reversal also takes place on the level of the dramatic conflict.

The Sacrifice Of The Political Community

“The right of the individual to life, liberty, and the pursuit of happiness, this highest value of the political community, is secured and maintained through the sacrificial death of innumerable individuals.”

It is not the individual who dies for the intangible community, but the mission of saving the individual life that brings death to nearly the entire unit. With this story, Spielberg seems to resolve the fundamental conflict of the classical war film, that between providing an image of sacrifice and testifying to an act of violence, in a paradoxical way of reading the founding act of the nation.

The right of the individual to life, liberty, and the pursuit of happiness, this highest value of the political community, is secured and maintained through the sacrificial death of countless men. The face of the weeping veteran among his family transfers the historical pathos of the shell-shocked face into a sentimental image of remembrance. The soldier, who comes back to the grave-yard, thinks of his commander’s last words: “Earn this.”

Sentimental Remembrance And The Creation Of Community

The surviving soldier at the grave of his fallen comrades, his face, the tears turned away from the family; the wife, the children, the grandchildren stand slightly off in the background, their gaze fixed on the weeping man. This scene is also a reprise of another scene; we might think of it as the primal scene of bourgeois sensibility.

Indeed, here Spielberg is reconstructing a scene of pathos-laden remembrance, and its serial repetition almost designates the movens of sentimental entertainment culture: the family gathered at the father’s deathbed, merging into a community, their feelings focused in the same direction as they empathetically gaze at the dying man. In his play Le Père de famille (1758), Diderot deployed this scene as the prototype of the sentimental theater with the purpose of newly re-staging it over and over again in order to awaken in the audience the idea of a community connected to one another by the bond of their shared sensations. For the sensitive bourgeoisie, this bond was sentimental compassion.

Saving Private Ryan lets the war film end in this scene of sentimental remembrance. In fact, Private Ryan’s family, positioned in a half-circle in the background of the image, confronts the film spectator as a community, literally drawing him or her into their circle. Indeed, they are connected through the shared gaze at one and the same scene of someone weeping at a graveside – as if the circle of community were closing around the mourning face together with the gaze of the anonymous audience in front of the screen. The montage breaks up the figuration with a line crossing in order to link this community of sentimental remembrance in a circular sequence of shots directly with the symbol of the nation: The flag of the United States of America.

At the end of a century of the most destructive and reprehensible wars, in which moral testing was as triumphant as moral failure was devastating, war films attempt to restore an affective solidarity that binds the individual to the political community.

Saving Private Ryan, like other war films, is about repairing the sense of commonality. It is an intervention in the affective balance of a political community that does not rely on having a good argument; it is not carried out on the level of discursive reasoning, but as the pathos of cinematographic staging. 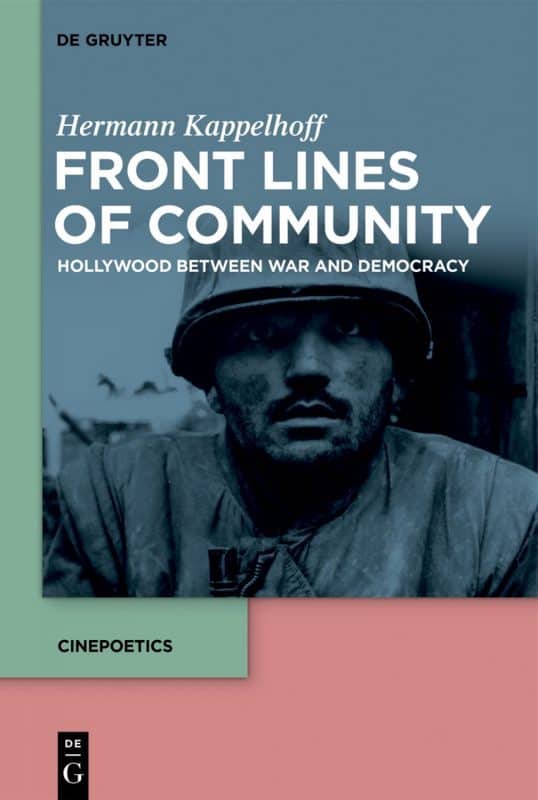 Hermann Kappelhoff is professor of film studies at Freie Universität Berlin and one of two directors of the Center for Advanced Film Studies, Cinepoetics. He is also board member of the Graduate School of North American Studies and the Dahlem Humanities Center.