Another common metaphor with some merit is that of the corona virus as the “Great Equalizer.” This alerts us to how widespread geographically Covid-19 is and that individuals of all kinds do get infected: old, young, and middle-aged; rich and poor; famous and anonymous; those in the bloom of good health and those not. It didn’t take the pandemic long, however, to make clear that any insistence on “sameness” obscures the cruel reality of our wildly unequal chances of being exposed to the virus, getting really sick, and, yes, dying.

Let’s get back to the boats. Some of them have cabins with well-stocked galleys, lots of soap and water, computers, good internet and radar. Some are just an open hull. Some are leaking. Some boats are large with only a few on board; some tiny and crowded. Many people are actually in the water trying not to drown. In a storm this bad, people’s chances of making it to shore vary enormously.

There’s proof that that matters. To take just one statistic of the now thousands available: African Americans comprise 32% of the population of Louisiana, and 70% of the state’s deaths due to Covid-19.

“In the wake of George Floyd’s murder, other protests against that lack of caring and racial injustice are everywhere.”

Recent protests have been staged by people who don’t seem to care much about others. In the wake of George Floyd’s murder, other protests against that lack of caring and racial injustice are everywhere. Recognizing the connections between disparities in Covid-19 morbidity and the scourge of racism seems critical to me if anything is going to change anytime soon. Of course, recognition is not enough. As Peggy Mcintosh pointed out decades ago in trying to assess what privileges she enjoyed on a daily basis just because of the white color of her skin: the beneficiaries of our current system have to acknowledge that many privileges are not earned. Some are benefits we should want everyone in a just society to enjoy, whereas others grant license to be selfish, indeed murderous.

Guilt is not the point.

Don’t We All Deserve a Place in a Sturdy Vessel?

We have to use our discomfort and outrage to decide to do something about getting everybody into a good boat, actually a series of things.

Recognize that unearned privileges create undeserved disadvantages. Learn from public intellectuals like Keeanga-Yamahtta Taylor and Linda Villarosa about unequal morbidities and their underlying systemic factors; from Lee Pelton and Cornel West about how racism works.

Whether you feel you had a grasp of these issues previously or acquired it recently, educating yourself about injustice done to others and then passing on what you’ve learned are first steps toward real change. I’ve called this process “co-witnessing” and warned that it has to be accompanied by careful listening, true compassion, serious research, humility about one’s own role and its limitations, and naming the true victims rather than appropriating their victimhood.

We can’t erase centuries of racism. However, when we become and remain determined to try to name unearned privileges together with racism’s interlocking oppressions, we reflect what we now think is wrong and needs correction. We can seize the moment, motivated by our discomfort about the inequalities the twin scourges of Covid-19 and racism undeniably reveal, to work toward the “radical reconstruction” of society that Martin Luther King called for.

While we’re striving to elect leaders who care to work for systemic change, including at the local level, as Barack Obama suggests, it is worth doing everything we can to alleviate others’ current suffering.

I am inspired by the Irish who recently raised millions of dollars to help the Navajo Nation and the Hopi Reservation pay for water, health supplies and Covid-19 testing — to help pay for better boats, to return to the terms of my main point. The Irish are thereby acknowledging and thanking the Choctaw tribe that had sent money in 1847 to their ancestors suffering from the potato famine, when tribal members themselves had just been forcibly relocated, thousands dying along the Trail of Tears. When you learn this story and repeat it, you are co-witnessing to historical and current injustice against others. You are doing something. And those are steps in the right direction for our post-pandemic world. 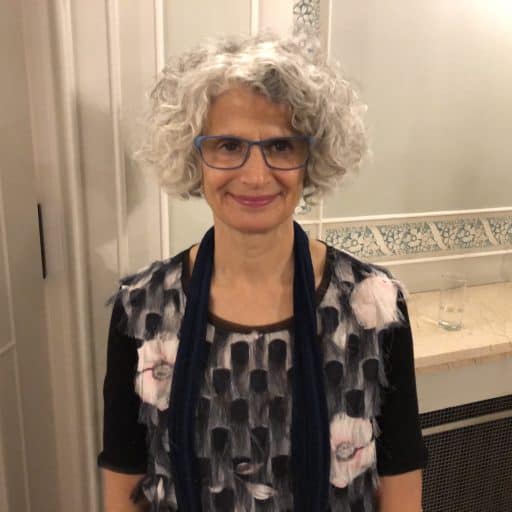 Irene Kacandes holds the Dartmouth Professorship at Dartmouth College, where she teaches in the fields of German Studies, Comparative Literature, Women’s, Gender and Sexuality Studies, and Jewish Studies. Author or editor of eight volumes, her most recent publications include “Let’s Talk About Death” (2015) and “Eastern Europe Unmapped” (2017). Irene is also the series editor of the De Gruyter series “Interdisciplinary German Cultural Studies”.