This essay was first published in the free digital pamphlet 12 Perspectives on
the Pandemic: International Social Science Thought Leaders Reflect on Covid-19.

The Covid-19 pandemic has presented the world with a joint action problem like never before: how do you get close to eight billion people to wash their hands and keep their distance?

Mass participation is critical to the success of prevention and containment efforts. The most effective way to achieve mass mobilization continues to be through state action. But the fact that there are only around 200 nation states in the world but over 6,000 languages raises a conundrum: how can we ensure that everyone has access to timely, high-quality information in their language?

“Mass participation is critical to the success of prevention and containment efforts.”

For too long, state approaches to speakers of minority languages — whether indigenous or migrant— have ranged from benign neglect to forced assimilation. In order to gain access to the state and its institutions — education, health, welfare or the law — everyone was expected to speak the language of the state — English in the US, French in France, Mandarin in China, and so on. As a result of such monolingual approaches, Spanish speakers in the US, Arabic speakers in France, or dialect speakers in China have worse education, employment and health outcomes than their compatriots speaking the state language.

The Covid-19 crisis has brought such linguistic inequalities to the forefront as language barriers may compromise the timeliness and the quality at which public health information is accessible to everyone in the population.

WHO and the US

The World Health Organization’s dedicated information website on the novel coronavirus disease, for instance, is available in the six official UN languages: Arabic, Chinese, English, French, Russian and Spanish. The information is directed at member states, who are tasked with localizing relevant information for their populations through their national health authorities.

States have taken a wide variety of approaches to the needs of their multilingual populations. Some states carry on with their staunchly monolingual communications unchanged. A White House directive to remove bilingual English-Spanish public health posters from US courtrooms is a case in point. Preliminary evidence from New York suggests that this approach has disastrous consequences for the Hispanic population, whose Covid-19 mortality rate far exceeds that of other groups. This comes as US health workers are left without adequate procedures and processes on how to deal with critically ill patients who do not speak English.

Putting measures for adequate multilingual communication in place during the height of an emergency of such proportions is next to impossible. Therefore, one of the many lessons we need to learn from this crisis is to include the reality of linguistic diversity into our normal procedures and processes, including disaster preparation.

Is China Leading The Way?

An example of a country that has started to learn that lesson is China. When the outbreak first started in Hubei province, medical assistance teams from all over China were confronted with the fact that Standard Chinese and local dialects are mutually unintelligible, despite the fiction of one single Chinese language long maintained by the Chinese state. In the face of the crisis, the monolingual ideology was ditched and within 48 hours, a team of linguists from Beijing Language and Culture University created a ‘Guidebook of Wuhan Dialect for Medical Assistance Teams’, ‘Audio Materials of Wuhan

Dialect for Medical Assistance Teams’, and ‘The Handbook of Doctor-Patient Communication’. Plans are now underway to include the needs of linguistically diverse populations into all levels of the Chinese national emergency preparation, response, and recovery plan.

In the past, the linguistic disadvantage of minority speakers could be ignored by the mainstream. The Covid-19 crisis has changed that. In a situation where the wellbeing of everyone depends on that of everyone else, ensuring equitable access to information irrespective of whether someone speaks the state language is in everyone’s best interest. 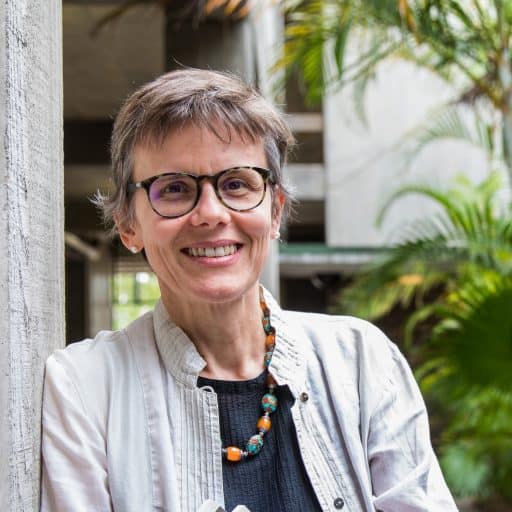 Ingrid is Distinguished Professor of Applied Linguistics at Macquarie University, Sydney. She is the author of ‘Linguistic Diversity and Social Justice’ and edits the sociolinguistics portal Language on the Move, which currently runs a series devoted to the language challenges raised by Covid-19.