The disruptive and unprecedented nature of Covid-19 continues to reshape the global market and will do so for many years to come. We took this opportunity to speak with analyst Shaun Rein from the China Market Research Group, back in March as he shared his thoughts and experiences from Beijing in the midst of what may perhaps be one of history’s strictest lockdowns.

De Gruyter: Shaun, we appreciate your time and participation. First things first, how would you describe your relationship with China and what makes you fascinated with this topic?

Shaun Rein: I’m originally from the United States and spent the last 22 years in China. I became interested in the 1990s where I talked to various leaders to discuss how China would become the next global power. That’s why I came to China, started learning the language and their culture, while dividing my time between here and the US until I relocated to the Chinese capital.

I started my company in 2005 long before the corona virus (laughs). We help and assist the world’s top companies, from private equities to hedge funds as well as governments, on how to excel and invest their businesses in China. For example, we helped Apple to develop their business strategy. That led me to write three books on China’s economy.

DG: Why did you decide to publish the book “The War for China’s Wallet – Profiting from the New World Order”?

SR: This book explores two theses: The first is about understanding and dealing with the political tension between the US and China in order for business to thrive. I wrote the book before the trade war because I predicted that it would happen. The second part of the book explores the evolving nature of the Chinese consumers, starting with action items; from marketing, brand positioning, and sales channels.

“This book hopes to help companies navigate the increasing tension between the US and China and eventually recognize that there will be a break in the wall. Inevitably countries will have to choose whether to grow with China or the US.”

DG: In respect to that, we also see a rise in digital payment (WePay from WeChat as a prime example) in the country. How do you think this will affect the Chinese economy and influence other markets?

SR: China is a cashless society.  Once I argued with executives from Starbucks on how late they are on adapting to this issue with their outlets. In its early stage, Starbucks used to dominate in the country but because of their slow action, they have lost their market to a local competitor, Luckin, whose sales are mostly generated by cashless transaction. These slow moving dinosaurs have little knowledge about the purchasing behavior of the Chinese market.

China’s relied heavily on E-commerce in digital payment, and in comparison to the US and EU, it is taking the country by storm because of its low delivery cost. Hence it is important for companies to understand and deliver a mobile first sales strategy in China.

DG: Would you say that this “misunderstanding” also contributed to the trade war? Take a look at Alibaba and Huawei, two major Chinese companies where they face difficulties in penetrating into the US and European markets.

SR: The US is trying to contain China’s technological growth. In terms of mobile services alone, China is 5 years ahead of the US. I feel like the US is going back to the technological dark age. Quite recently both the U.S. Senator Josh Hawley (R-Mo.) and Mark Zuckerberg voiced their concerns on TikTok as they believe that it poses a serious security threat. The reality is that they (Zuckerberg & co) are scared because TikTok is much more powerful than Facebook.

When Trump went against Huawei,  he was afraid of how it may control and affect the trade war. He’s been keen on blocking any development for Huawei’s 5G initiative in the US, which other countries like the UK and Canada also followed. He even threatened Merkel on how  the US intelligence would not share with Germany anymore if Huawei was to involve there. I think the US has become a “bully nation” under Trump.

“I think the US has become a ‘bully nation’ under Trump.”

DG: This statement seems to have been addressed in chapter 5 in the book, “China’s Outbound Investment: Clash of Cultures?” – Would you say so?

M & A (Mergers and Acquisitions) sales in the US alone can be difficult, for example, between two banks, they can be very different. One is very high spending while the other is very conservative – that’s one of the problems between Merrill Lynch and Bank of America.

Imagine when this happens to Chinese companies going abroad. The circumstances will be challenging due to its cultural issues.

DG: How do international financial institutions respond and mediate such difficulties?

SR: China is aiming to create a new balance of power. The United States led the world over the past 30 years and hasn’t had any rival, which is dangerous. It’s good for China to rival America to establish checks and balances of power. China is working closer with institutions like UN and world Bank but also creating new institutions, including in finance, in order to offset American power.

DG: Is that the reason why your recent LinkedIn article talked about how the World Cup may not be so bad for China and Asia?

SR: I think Trump is not necessarily as bad as what other people think. He’s a business guy at the end of the day. One of the issues is that Trump is trying to destroy China’s innovation. But by doing that he is actually accelerating China’s growth.

Trade wars make Chinese investors not to rely on American companies (especially software companies) in the supply chain. They focus on local innovation and self-reliance. That initiative has also helped to accelerate such trends.

“One of the issues is that Trump is trying to destroy China’s innovation. By doing the opposite he is actually accelerating China’s growth.”

DG: Has the pandemic changed China?

SR: The corona virus  has deeply impacted the economy. China was on a total lockdown but things are starting to pick up. Many companies are still unable to get their workers to return, especially migrant workers.  Travel restrictions are still taking place (even from one city to another) and I’m not even allowed to be in the office for another  10 days or so. The economy is coming back but slowly. I’m quite concerned about the global economy.

DG: What kind of economic measures has the state taken to anticipate this?

SR: I believe that the world is in a very precarious condition. It’s very difficult to use the right stimulus tools to keep the economy going, especially when people are too scared to go outside because of a disease. Typical monetary stimulus tools will not work. The EU and US have also failed to calm investors because their tools are just not going to work.

DG: Are we moving towards an unprecedented deep economic recession? How long will that last?

SR: Well right now, I’m working from home (laughs) and you can see that productivity is very low.

I’m concerned that it will take longer than people realize. If the US and Europe were to take strict lockdown measures like China, then it would be precarious. I’m not an epidemiologist, but I think it will take some time before things return to normal.

DG: Will this impact corporate culture? What will happen to working from home?

SR: The government has tried to streamline a lot of bureaucracies online. China has been hit hard, but if they keep streamlining these processes, it may actually help the economy in the long term.

DG: How will the virus help the digital economy?

SR: A “boom” on anything digital, from online learning to digital services. This is where investments naturally flow and accelerate the digital economy. China will inevitably be at the forefront.

DG: Do you agree that other economies see China as a disruptor?

SR: They need to stop the fearmongering and there has also been a racist attitude. It’s very ugly and they are coming especially from American politicians. People need to understand that Chinese people are generally happy and they are more likely to support their own government. The outside world needs to create an environment that enables co-operation with the Chinese leadership.

The current Trump administration has become so isolationist that the US is no longer a credible partner – even if Biden became the next president. China would work with Biden pretty well. Also with Trump, it’s the people around him. One of the issues in American politics are the senators, especially those who have held their posts for some decades and have unchanging views towards China – they are going after China. My fear is the anti-China fearmongering and racism in the senate and congress. That means we will have another few decades of tension with China. Other countries will be very wary and they need to realize that the post-World War II US is gone.

“People need to understand that Chinese people are generally happy and they are more likely to support their own government. The outside world needs to create an environment that enables co-operation with the Chinese leadership.”

DG: Do you think China is dealing with the crisis very well?

SR: There are pros and cons of having a strong leadership, but in the case of Covid-19, the central government is responding quite effectively. It’s a contrast to the US where both aisles of the political spectrum are in opposition with one another – such partisanship disunity is slowing everything down.

DG: How do you think this pandemic will change the Chinese economy?

SR: It will shift towards E-services across all demographics. Alibaba and JD will take the lead, especially when they have calmed the population during the lockdown more than the government did. They’ve delivered food and do other services during this time.

DG: Is this the beginning of China’s century? How do we learn to adapt with Chinese companies in the future?

China is gaining its momentum. It’s clear that countries are gravitating towards their power. They are now seen as a reliable partner and of course, have a less bullying attitude than the US. Countries need to figure out how to get their money from China. This opens up new opportunities. 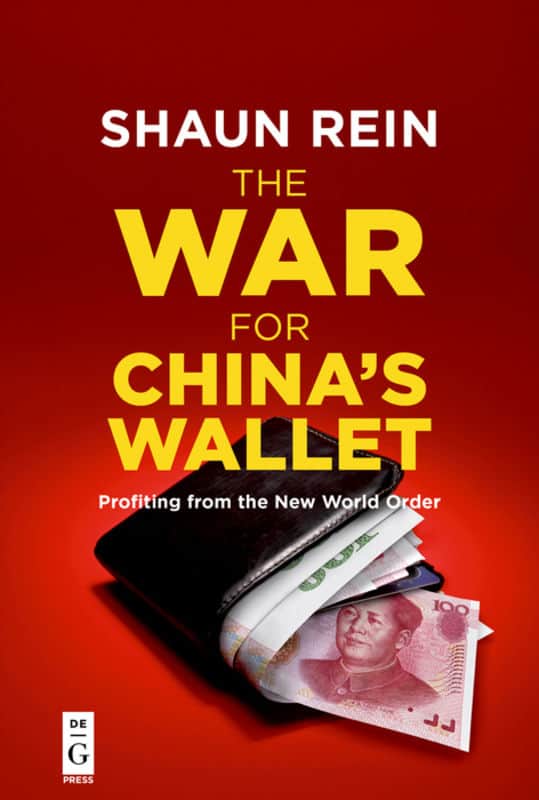 Shaun Rein is the Founder and Managing Director of the China Market Research Group (CMR). Rein is regularly featured in the Wall Street Journal, The New York Times, and The Financial Times. Rein formerly taught executive education classes for London Business School. He received a master's degree from Harvard University, a BA with Honors from McGill University, and sits on the Asia Council for St. Paul's School.