For all of us mobility is precious and greatly contributes to quality of life. Economically, mobility can be seen as the backbone of commercial trading and services and as such its importance can hardly be overestimated. On the flip side, resource consumption, pollution and traffic congestion and last not least traffic incidents and accidents with 1.4 Million fatalities globally per year illustrate the high price we pay for mobility today.

The technical megatrends of electrification, connectivity and automation will completely change mobility. Traditional automotive industry and new economy are already competing for their role as mobility provider in the near future. While the former concentrates on evolutionary improvements from driver assistance systems to partially and highly automated driving, the latter seems to work on the disruptive market introduction of special purpose automated vehicles such as a fully automated city taxi without a driver.

In any case, early-to-market concepts will be a key success factor in this competition and should also bring the benefits of improved traffic flow and fewer accidents earlier to society.

The migration process – especially in the intermediate stages of shared responsibility between the driver and the vehicle manufacturers – presents a great challenge to the design of automated vehicles with regard to safety, controllability and an understandable human-machine interaction.

The uncanny valley of automation

Many researchers expect that we have to walk through a longer migration phase towards automated driving, where the end point is not necessarily a completely automated traffic, but where people have a choice of different automation levels and mobility concepts.

There are clear hints that on the way to higher automation, there might be unsafe and uncanny regions, which we call, in analogy to the uncanny valley of robotics, the uncanny and unsafe valley of automation.

An example for an automation system at the left rim of the unsafe valley is a partially automated system, which is falsely perceived by the drivers as a highly automated system with no or only low attention necessary. When such a system would require the attention and action of the driver again, he might be badly prepared to take over the task, with fatal consequences.

A prominent example for such a system is the first generation of the Tesla “autopilot”, which caused a fatal accident in 2016. An example on the right rim of the unsafe valley would be a conditionally or highly automated system with no or insufficient minimum risk maneuver in case the driver cannot come back into the loop again, e.g. due to a health problem.

“A zero accident future would be an overenthusiastic vision.”

As long as complexity will stay a dominant feature of traffic, accidents will remain as an emergent collateral damage that may be reduced in frequency and severity but cannot be fully eliminated. With these caveats in mind, it can nevertheless be quite fruitful to discuss a “vision zero” as a creativity technique which motivates us to think out of the box to really disruptive improvements in traffic safety.

Beyond problems with mixed traffic, automated vehicles will sporadically be exposed to strange situations which were never trained or tested for before. Such rare cases will permanently produce sporadic accidents at any severity level. While automated vehicles may afterwards be trained to cope with each known situation, it will be replaced by yet another very unlikely event that has not been trained.

Integration of the Human user

“The high expectations placed in automation will only be met if a user-centered design approach is taken.”

Despite of this problem, automated vehicles will reduce accidents at large, they will also contribute to a more efficient traffic flow and enable more people, among them older and impaired individuals, to be mobile. However, the high expectations placed in automation will only be met if a user-centered design approach is taken.

This means that the human user has to be taken into account right from the beginning, instead of focusing on technical feasibility and integrating the user in an after-the-fact-way. In doing so, it is essential that the users’ expectations are addressed and that they are congruent to the performance of the vehicles. Thereby the requirements of passengers in the automated vehicle as well as other road users, such as car drivers, cyclists, and pedestrians, have to be considered.

For sure, the higher the level of automation becomes and the more complex algorithms are used, a complete understanding of the automation will be impractical and trust will have to guide reliance. A cognitive aspect of trust consists in being able to draw sensitive conclusions about the behavioral intentions and the internal states of an interaction partner. For this reason, a key success factor for seamless mobility will be a cooperatively interacting human-automation system which is characterized by mutual predictability.

These and other aspects are discussed in more detail in the issue “Humans and Automated Vehicles” of at – Automatisierungstechnik, dedicated to Berthold Färber, one of the human-factors pioneer for driver assistance and automated driving. 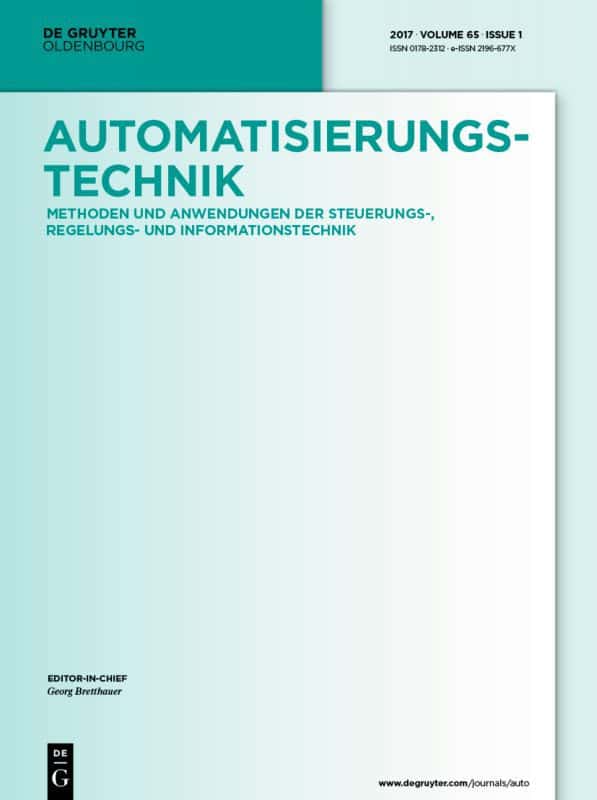 The authors are contributors to the special issue of at - Automatisierungstechnik on humans and automated vehicles.