Part of the explanation of why questions of medical ethics in the field of transplantation are of enduring interest as well as enduring tenacity is that they arise from fairly fundamental conflicts between ethics and anthropology.

What gives rise to the debate on the ethical side are two convictions shared by most people engaged in the field. First, that transplantation of human organs from dead patients is a good thing and should be extended rather than restricted. Second, that organs for transplantation should be retrieved only from patients that are truly dead.

For most transplantation surgeons, this so called “dead donor rule” is a central condition of the ethical legitimacy of their practice.

Are Brain Death and Death the Same Thing?

At the same time, there is a lingering uneasiness about whether brain death is a satisfactory definition of death. In brain death, the brain of a patient has irreversibly lost all its functions, whereas the rest of the organism is still working, thanks to a ventilator or another mechanism that replaces the patient’s brain stem in providing the necessary stimulation of lungs, heart and intestines.

Though all worldwide legislatures identify brain death with human death explicitly or implicitly, both the public and academic anthropologists continue to hold reservations about whether it’s acceptable. In East Asia, especially, the general population refuses to accept the brain death criterion, while transplantation surgeons increasingly stick to it in their daily practice.

“Whether an animal is alive or dead, does not, in general, depend on whether its brain functions are intact or not.”

Anthropologists put forward two main arguments why brain death and death are two different things. The first is that life and death are primarily biological concepts. Their application to humans should follow the same criteria as their application to non-human animals. However, whether an animal is alive or dead, does not, in general, depend on whether its brain functions are intact or not, as long as other life functions such as circulation, breathing and metabolism are preserved. Furthermore, almost nobody would declare a human newborn with a functioning organism dead only because it brain does not function properly due to a birth defect.

The other anthropological argument is that an identification of brain death with death would create an asymmetry between the ways we describe the mode of existence of human embryos and fetuses on the one hand, and of brain dead patients on the other. Embryos and fetuses are categorically held to be alive, whereas brain dead patients, if the brain death criterion is followed, are held to be dead.

However, both states are structurally indistinguishable. Given that life is defined as self-organization supported by external resources, the processes in pregnancy and in brain-death both satisfy the conditions for being alive, the embryo and fetus making use of the resources provided by the uterus, the brain dead making use of the stimuli coming from the ventilator.

Is there a chance to satisfy the dead donor rule and the anthropological conditions of life and death at the same time?

The first guess is that there is not.

It seems that we are forced to choose between equally unwelcome alternatives: either to maintain the dead donor rule and to give up retrieving organs from the braindead, or to maintain the practice and to revise the status of brain death as a legitimizing condition of explantation. In the latter case, it would then justify the harvesting of organs from the brain dead but only at a price. Explantation would be from persons still living, though irreversibly bound to die in the near future. The dead donor rule would be infringed.

“What stands in the way of a compromise is a socio-cultural convention and not one or another piece of scientific evidence.”

I do not believe that this dichotomy is the last word in the matter. Definitions are more flexible then the dichotomy presupposes. After all, what stands in the way of a compromise is a socio-cultural convention and not one or another piece of scientific evidence about which scientists have to decide.

There is more than one avenue to compromise, but not all of them are equally plausible. One attempt to “rescue” the dead donor rule is conceptual dualism. Conceptual dualism consists in proposing that there is, in reality, not one but two distinct concepts of death, with a clear priority of one of the two. The primary concept of death is one according to which a human being is dead when its capacity to have conscious awareness is irreversibly gone. This concept is openly mentalistic. The secondary concept is biological. According to the biological concept a human being is dead when its organism has irreversibly ceased to function.

“Conceptual dualism consists in proposing that there is, in reality, not one but two distinct concepts of death.”

One of the consequences of this dichotomy is that the duration of life differs considerably between the two interpretations. In some cases, the points in time at which life ends differ so drastically as in the well-known case of the American coma patient Nancy Cruzan, on whose tomb one finds two dates at which her death occurred: the end of her conscious life and the end of her biological life seven years later.

A duplication of the concepts of life and death is no mere strategic device. It is rooted in the diversity of perspectives from which we view our own life and the lives of others.

From the first person perspective in which the person reflects on its own life, the central object of concern is the period in which the person has conscious experience. From this perspective, one’s own life begins with the first “awakening” to conscious life at some unknown point in fetal development, and comes to an end when the capacity to have conscious experiences is irretrievably lost. From the third person perspective from which we view the lives of others, we think in biological categories and take it for granted that their lives begin at the early embryo stage and only end when their organisms have irreversibly ceased functioning.

What is the specific nature of human existence?

The duplication of concepts of life and death is able to safeguard the dead donor rule only if the mentalistic concept is given priority. Only then is it possible to say that with brain-death a person is “sufficiently” dead to allow the explantation of organs without infringing the dead donor rule.

It is true, the question arises why the mentalistic concept of life and death should have priority. The answer obviously depends on how the specific nature of human existence is defined. Proponents of the priority thesis such as the Oxford ethicist Jeff McMahan think of human existence as the existence of an “embodied mind”, with priority given to the spiritual nature of man.

Materialists and evolutionists, on the contrary, would prefer having it the other way round. They tend to view human existence as the existence of a particularly gifted animal.

Arguments for a unitary concept of death

There are strong pragmatic reasons to avoid a duplication of the concepts of life and death. The first is that these concepts function as fundamental orientations in thinking about ourselves and others and serve as unquestioned reference points of communication about existential topics. Doubling these concepts can only invite confusion and irritation.

Another reason to maintain a unitary concept of death is that duplication can solve the conflict between the ethics and the anthropology of organ transplantation only in combination with the priority thesis.

This thesis, however, will be acceptable only to very few of those involved in the practice of organ transplantation. Physicians tend, on the whole, to share the naturalistic worldview of scientists and to favor the evolutionary picture. According to this picture, mind phylogenetically emerged from living matter, in contrast to the Platonic view that a preexistent soul is provided, at conception, with a body in which it then spends a lifetime.

A Pragmatic Compromise Between Ethics and Anthropology

Instead of proposing a solution of the conflict that, such as McMahens, heavily depends on uncertain metaphysical reasons, one might argue for a compromise between ethics and anthropology for more directly pragmatic reasons. After all, the concepts of life and death are no Platonic ideas, existing independently of language and convention.

On the contrary, these concepts are particularly open, leaving room for interpretation and specification. How one interprets and specifies them can legitimately be made dependent on pragmatic reasons, not least on ethical reasons.

Of course, pragmatic reasons for defining death have often been criticized as manipulative, for example by Hans Jonas. But this criticism overlooks both the openness of these concepts and the openness of the criteria guiding a particular proposal to define death in the context of transplantation.

There are indeed a number of reasons to define (or redefine) the concept of death in such a way that explantation of organs becomes compatible with the dead donor rule. The solution is no other than the identification of death with brain death. There are a number of reasons why this solution of the conflict is, on the whole, the most satisfactory, notwithstanding the intuitive reservations it provokes.

The question arises which normative status can be claimed for a pragmatically motivated stipulation along these lines.

A number of authors who reject the identification of brain death and death have spoken of the brain death definition as a “legal fiction”. This manner of speaking can be interpreted as pejorative, as a way of saying that brain death is only a so-called death. Alternatively it can be interpreted more neutrally, as a pragmatic manner of speaking aimed, in the first instance, at relieving the transplant surgeon from the risk of being held responsible for manslaughter.

However, there is a crucial difference between this “legal fiction” and others such as the fiction of a “legal person”. With a “legal person” such as institutions and companies, it is clear to everyone that a legal person is anything but a real person. With the identification of brain death with death this is different. It seems fair to say that it has gained so much social acceptance that very few people even recognize the underlying philosophical conflict this idenfification is designed to solve. 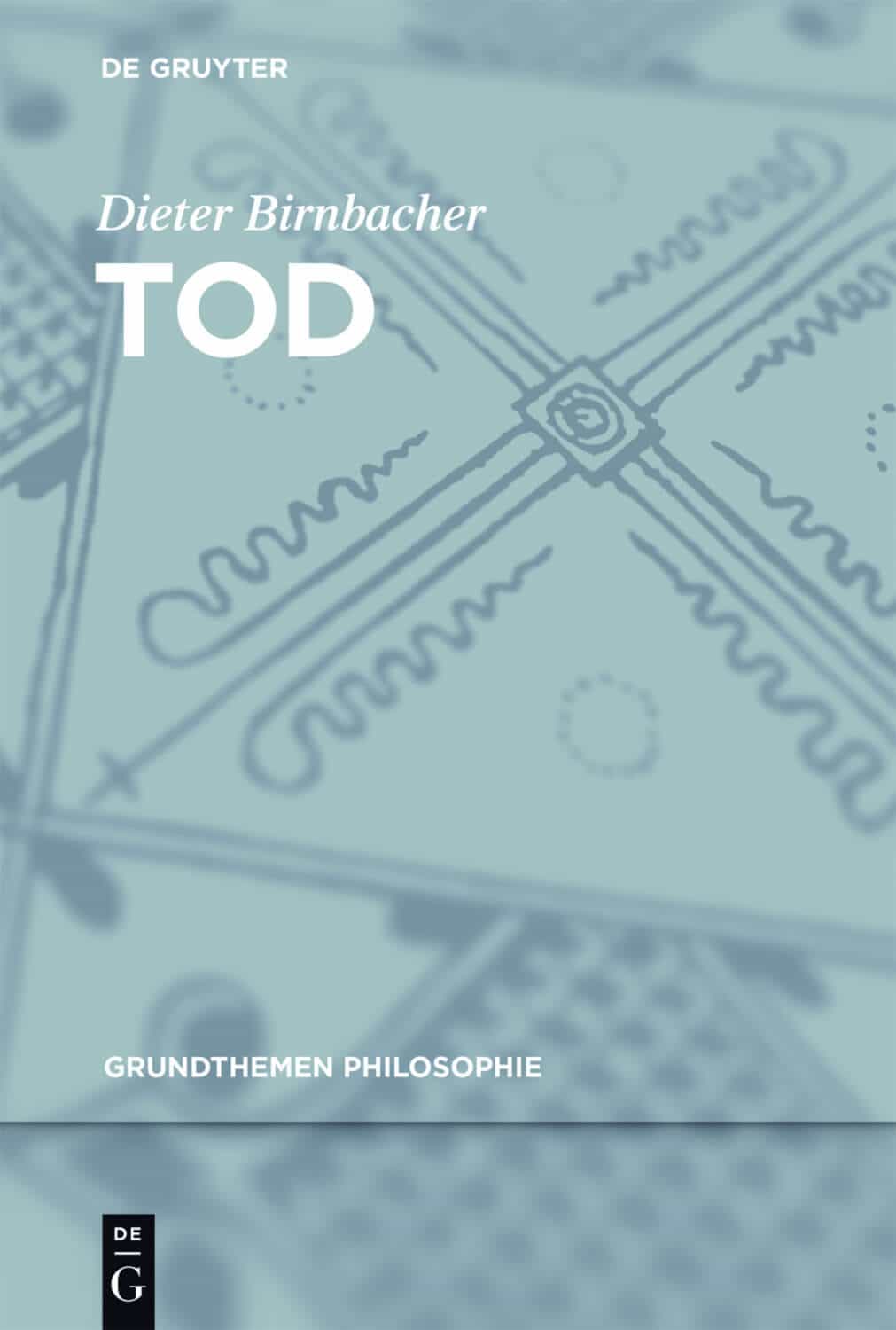 Dieter Birnbacher was a professor of philosophy at the University of Dortmund from 1993 to 1996 and at Heinrich Heine University Düsseldorf from 1996 to 2012. He's the president of the Deutsche Gesellschaft für Humanes Sterben, Berlin, vice-president of the Schopenhauer-Gesellschaft, Frankfurt/M., member of the Central Ethics Commission of the Bundesärztekammer (German Medical Association) and member of Leopoldina, National Academy of Sciences. Learn more on his university website.