Which Christians were attacked in the Middle East during the twentieth century?

Most Americans know about the Armenian Genocide of 1915.  What they may not know is that this massacre was directed not just against Armenians, but also against Assyrians and Greeks, that it began before 1915 and that it continued through 1922.  In fact, there had been massive attacks against Christians in the nineteenth century and before in the Ottoman Empire; more followed in many of the same areas after the First World War, and their stories are depressingly similar.  Looking through the records of the 1915 genocide, it is apparent that the methods, and in many cases the motives, have not changed, right up to today.

The role of the Kurds has been particularly complex.  On the one hand they were complicit with the Ottoman Empire in 1915, helping to murder Christians in order to make way for a country of their own, a country to be named Kurdistan.  On the other hand, in recent years they have become a safe haven in Iraq for Christians fleeing in panic from ISIS.  Moreover, the proposed constitution of Iraqi Kurdistan is a model of tolerance, guaranteeing members of all minority religions fair and equitable treatment.  In the rosiest possible scenario, it even would allow them to speak their native Aramaic.

What is Aramaic and who speaks it?

Aramaic and Hebrew are the two oldest living languages in the Middle East, both at least 3000 years old.  Hebrew was the language spoken in biblical times by Jews living in the Northern Kingdom of Israel and in the Southern Kingdom of Judea.  Aramaic was the language of the Assyrian Empire, of the Babylonian Empire and of early Persian Empires, the lingua franca of the Middle East for centuries.   It also became the language of the Jewish Babylonian Talmud, one of the major compendia of Jewish literature. In time, it migrated back to Jerusalem to become the spoken language of the Jews living there and of Christ in the Galilee.

In 722 BCE, the Assyrians conquered the Northern Kingdom of Israel, and they carried off thousands of Jews to Assyria, settling them along the Habur River, according to the bible. That may be the Khabur River in northern Iraq. This is north of the Assyrian capital city – Nineveh – whose remains archeologists have excavated near Mosul.  The Jews of the Assyrian Exile are known to history as the ten lost tribes.  Kurdish Jews today believe themselves to be their descendants.  Living in Assyria, these Jews adopted the Assyrian language – Aramaic – and they spoke it in their homes for thousands of years.

Nebuchadnezzar, a King of the Chaldeans and a great ruler of the Babylonian Empire, conquered the southern Kingdom of Judah and his forces destroyed the Jewish Temple in 586 BCE.  They then sent thousands of Jews to Babylon, the Babylonian Exile.  In Babylon the Jews built a community, a hierarchy, and a culture that became famous throughout the Jewish world.  When they wrote the multivolume Babylonian Talmud, the text of the biblical commentary was in Aramaic.  Their life was disrupted in 539 BCE, when Cyrus the Great of Persia conquered Babylon, and he encouraged Jews to return home to rebuild their temple.  When they returned, they spoke Aramaic.

The Romans destroyed the second Temple in 70 CE and drove the Jews out of Jerusalem sixty years later.  Again, many fled to Babylon, to live among their fellow Aramaic-speaking Jews.  Among them were followers of a new prophet, Jesus, who began converting their fellow Jews to a new religion.  Not surprisingly, this early version of the new religion adopted a remarkable number of practices from the Jews who were their first converts.  Only after the church ruled that circumcision was no longer required for conversion did pagans actually take to the new religion with enthusiasm.

What was this early Christian church?

In Babylon, these early Christians created the Church of the East, which subsequently split repeatedly into new churches, none of which joined the Roman Catholic rite until much later.  Over time, differences developed between the various churches. Those congregants whose churches did not unite with the Catholic Church became known as Assyrians; those whose churches merged with Rome came to be called Chaldeans.  Missionaries spread this early Christianity all over the Middle East, all the way across Asia and down to the tip of India.  The Chaldean churches of China lasted until the Ming Dynasty replaced the Yuan Dynasty and until the Black Death devastated fourteenth century China. At this time China expelled all foreign religions, and the Chaldeans left China to rejoin their compatriots in the Middle East.  In India though the Assyrians founded a highly successful church, and the St. Thomas Christians of India are still thriving as a highly respected minority in Kerala.

The heartland of the Chaldeans always was northern Iraq – the Nineveh Plain – and nearby areas of Syria.  The Assyrians lived primarily in the mountainous heights of southeastern Turkey and Iran.  All these lands were populated largely by Kurds, along with several other minorities, including Kurdish Jews. They developed a shared culture, spoke dialects of a common language, wore similar dress, played similar music and lived in similar houses.  Isolated in the rugged country, their villages maintained their ancient ways until the dominant religion of the Middle East became Islam. Now as ISIS and its multiple successor organizations have murdered the Christians and chased them out of their villages, Aramaic is endangered as never before, and it could finally die as a spoken language.

To find out how I became interested in the Chaldeans, read the second part here. 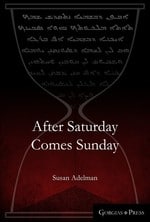 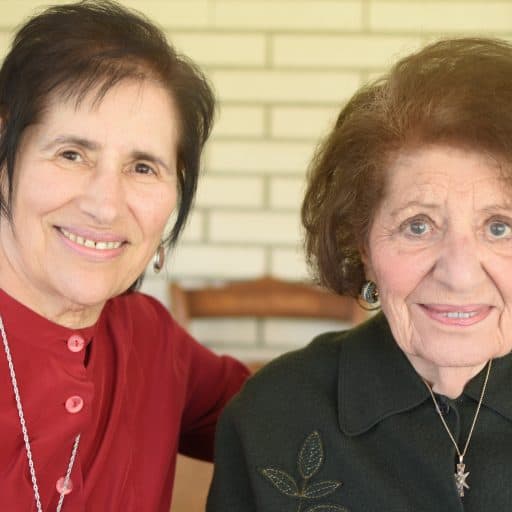 Susan Hershberg Adelman MD is a pediatric surgeon well known for her writing. She also is an artist and a silversmith. Born in Rochester, New York, Dr. Adelman majored in geology at the University of Michigan. There she married Martin Adelman, now Professor of Intellectual Property Law at George Washington University. She graduated from Wayne State University School of Medicine, did her internship and surgery residency at Henry Ford Hospital and a Pediatric Surgery fellowship at Children's Hospital of Michigan. One of the pioneer women in her field, Dr. Adelman practiced pediatric surgery for almost 30 years. She was the first woman President of the Wayne County Medical Society and of the Michigan State Medical Society. She was elected to the American Medical Association Council of Medical Service, then to the AMA Board of Trustees. She held multiple chairmanships and board positions, and received several prestigious awards. Dr. Adelman was Editor of the Detroit Medical News for 17 years and wrote a popular monthly column in AMNews for 10 years. She wrote over 50 articles, over 300 columns and editorials, scientific papers, book chapters and short stories. Her book, The Rebel: A Biography of Ram Jethmalani, was about a legendary Indian lawyer and senior member of the Indian Parliament. After Saturday Comes Sunday was inspired by her friendship with the 92 year old Chaldean matriarch, Norma Hakim (pictured, right). It was love for Norma and her family that stimulated this book.