In memory of Fidel Rädle

Both current and some older discussions about freedom of speech at universities have reached a new climax in recent months with the announcement of the founding of the University of Austin, which has caused quite a stir in polemics against the supposed dictates of a diffuse “left” or “woke” academic majority society and so-called “cancel culture.” This has resulted in freedom of speech at universities once again being discussed more intensively in European and American newspapers and magazines, as well as on social media.

The idea that universities have special freedoms goes back to a concept that combines specific privileges with the promise that the authorities will not interfere in university teaching. It is often said that this promise to universities was to a certain extent inherited in the cradle. But it is not that simple. In its infancy, for example, the University of Paris relied primarily on regulations and prohibitions, not on freedoms.

As a reaction to the academic practice in Paris, the first concessions were made at another university, which tried to advertise itself by pointing to its greater liberalism. This can be seen in concrete terms in a 1229 letter enticing students to move to the newly founded University of Toulouse:

“Whoever wants to scrutinize the bosom of nature can hear lectures on the libri naturales, the books that were forbidden at Paris. Then, what else would be lacking there? Scholastic privileges? Not at all! You will enjoy an unbridled freedom. Or are you afraid of the malice of the people or the tyranny of a malevolent prince? Have no fear: the generous count of Toulouse has assured us of sufficient security and has guaranteed our salaries as well as those to be paid to our servants both coming and going.” (Quoted in Helene Wieruszowski: The Medieval University, 1966, p. 179)

In the following decades, three aspects became central to academic freedom, which have not lost any of their validity to this day:

1. It promised that the university itself could decide how to obtain its knowledge and that it would be protected from political influence. No books would be forbidden by the authorities, nor would any methods be preferred or prohibited.

2. Although students were not on an equal footing with the teachers, they would participate in this freedom and also be independent of the authorities.

3. The authorities would guarantee this freedom by ensuring the financial conditions to prevent any dependencies from forming.

“The concept of academic freedom was more of a declaration of intent than a basic right or even a privilege.”

The concept of academic freedom was more of a declaration of intent than a basic right or even a privilege. One prime example of this is the fact that the University of Toulouse was not founded due to a scientific interest or philanthropy; rather, it was established by French King Louis IX as a concrete religious and political instrument following the Albigensian Crusade of 1229 in order to control its opponents.

Nevertheless, this medieval idea is vital to this day. It was not until 2019 that Joan Wallach Scott put academic freedom in perspective with regard to current political issues and confrontations:

“Still, its general components can be named: autonomy of the university from state intervention; freedom of individual faculty to pursue research and to teach in their areas of expertise as well as the teacher’s right – that of any citizen – to express political views outside the classroom; an accused faculty member’s right to due process and to the judgment of his or her peers. These protections are granted academics as a self-regulating collectivity in recognition of their vital and unique contribution to ‘the common good,’ the prosperity, happiness, and general welfare of the nation as a whole.” (Joan Wallach Scott: Knowledge, Power, and Academic Freedom, 2019, p. 6)

On the one hand, there seems to be a basic assumption that academic freedom provides society as a whole with advantages, without these having to be specifically named. These advantages evidently justify the discussion of topics and issues at universities that are not negotiated in other parts of society or at the very least are negotiated in a different way. On the other hand, the principle of academic freedom presupposes that the university institution regulates the interactions between different actors inside the university as independently as possible. State influence is seen as the ultima ratio.

But why does restricted communication endanger academic freedom? Let’s take a closer look at the principles of university communication.

“The university is, on the one hand, a typical example of the premodern presence society but, at the same time, it is a special case.”

As some may know, the term “university” as a name for the specific institution goes back to the Latin expression universitas magistrorum et scholarium, which was initially a group of people who, in the Middle Ages, did not necessarily have their own buildings or even specific rooms. The university is, on the one hand, a typical example of the premodern presence society but, at the same time, it is a special case as, since the thirteenth century it has largely been legally separated from society, only gradually becoming independent.

Significantly, at its beginnings, universitas was not the only term being used to designate this immaterial community; it was accompanied by the term consortium. Overall, this word accentuates the aspect of participation more clearly than universitas. Given that, beyond a few books, the university only had intangible goods – primarily “knowledge” to be specific – in its early days, it is by no means daring to claim that communication has actually been the heart of the university since the beginning. Restricting it affects its foundations. However, the term consortium also makes it clear that communication at universities has always been geared towards togetherness.

The current polemical discourse about the allegedly restricted freedom of expression at universities is in fact a type of discourse in which students often do not have a say. What is often referred to in the debates as “cancel culture” does not aim to suppress terms, ideas, or opinions, but seeks to establish a culture of conversation in which student groups (but also lecturers) who have felt marginalized or even discriminated against are put at the center. It is worth remembering, for example, that “trigger warnings” were introduced primarily to protect traumatized people. They are therefore first and foremost an attempt to ensure participation.

At the same time, however, recent years have shown that it is not only conservative professors who have perceived language regulations as an encroachment on their liberty. Joan Wallach Scott, for example, has noted: “Well I think trigger warnings assume that students are fragile and need to be protected from difficult ideas. I don’t think students need to be protected from difficult ideas.” (Joan Wallach Scott: Knowledge, Power, and Academic Freedom, 2019, p. 140)

Scotts rejects “trigger warnings” as she is vehemently defending seminar conversation and open academic discussion. She does so because she believes it is imperative that students be introduced to academic discussion. Scott speaks of an “academic responsibility” that places high demands on teachers, especially in seminar conversation: “In the classroom, the teacher must be patient, considerate, wise, even as he challenges convention and sparks new thought.” (Joan Wallach Scott: Knowledge, Power, and Academic Freedom, 2019, p. 54)

“Academic freedom, then, is not unconditional like free political speech.”

Academic freedom, then, is not unconditional like free political speech. Rather, it has been tied to concrete institutional frameworks and communicative norms since the very beginnings of the university. Scott’s reflections show how challenging it can be for the university to exist as a consortium alone.

Those who express their opinions about “trigger warnings” or “cancel culture” in newspapers or political journals, on the other hand, do so in a discursive space in which different rules of communication apply to those at universities. They are expressing themselves politically, not academically.

To be clear: academic freedom is best defended when the university regulates its own interactions without political influence. This does not exclude conflicts between different positions, as Scott’s statement against “trigger warnings” shows. But it will be important for the future of the university to conduct this dispute as an academic dispute and to protect it from political interference. Political opinions are protected by freedom of speech, but they usually do not help to resolve academic conflicts. 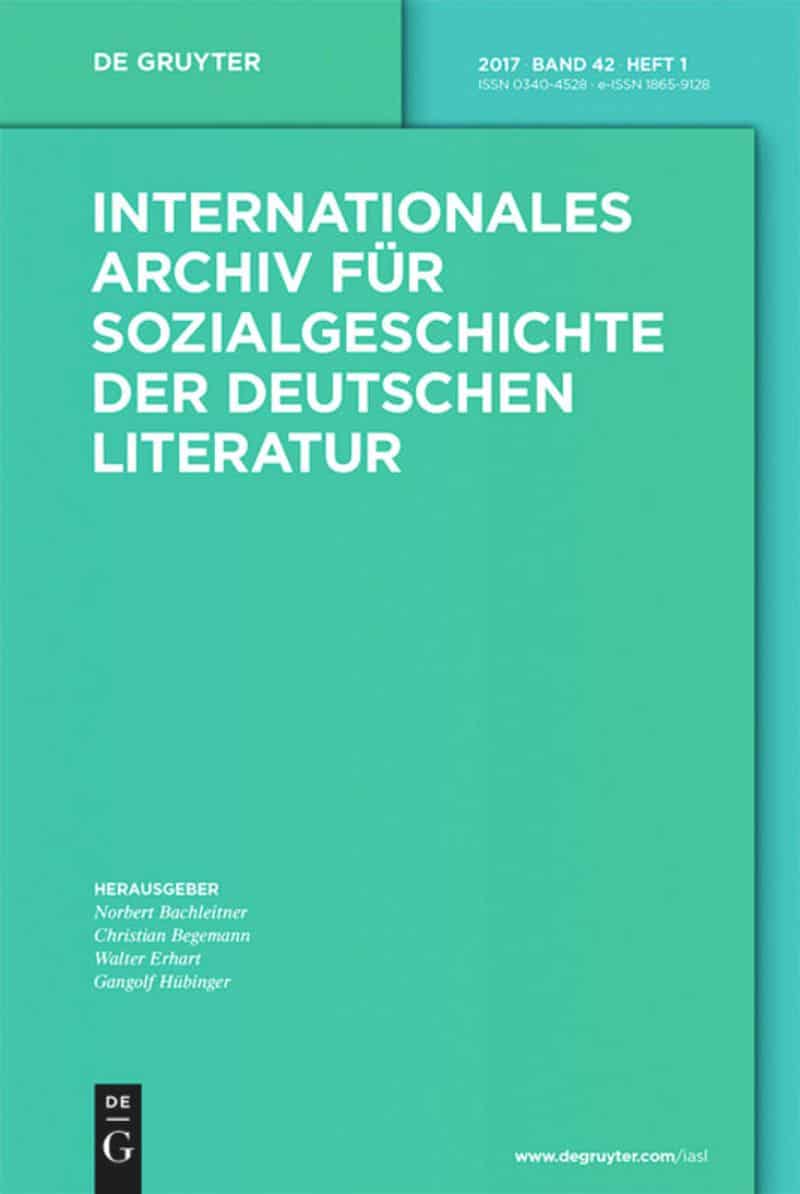 Kai Bremer is a professor at the Institute for German Philology and the Research Center Institute for the Cultural History of the Early Modern Period at the University of Osnabrück. (Photo: carlottasophia.de)