A great deal has been said and written about the storming of the US Capitol building on January 6, 2021, the developments leading up to it, and its impact on the current political situation in the USA. The perpetrators obviously had an anti-democracy, anti-republican, authoritarian, and racist agenda (see Tyler Stovall’s precise observations). However, it is equally obvious that they were claiming to fight for “freedom” and that they believed their attack on the Capitol would function as a revolutionary moment comparable to the storming of the Bastille in the French Revolution or of the Winter Palace in the Russian Revolution.

The rioters were staging the “dramaturgy” of a revolution just as it is described, for example, in the Lexikon geschichtlicher Grundbegriffe (Lexicon of Basic Historical Terms). The moment of uprising is one component of the Lexicon’s formal definition of a revolution. The other component, which is highlighted in the Lexicon, is long-term structural change. In this case, the long-term structural change would have meant the abolition of the USA’s presidential electoral process. Even though this was not achieved by the rioters on January 6, 2021, it was clearly their intention.

Viewing the Insurrection in a Broader Theoretical Context

My approach to understanding revolutions and political change combines political theory and the analysis of audiovisual stagings. However, in the following analysis I will not engage with the existing audiovisual material from or about the January 6 insurrection. Instead, I will focus on a theory of the American Revolution and on its audiovisual stagings in order to arrive at a better understanding of the insurrection by viewing it in a broader theoretical context.

The insurrectionists’ claim to be fighting for “freedom” can be seen as an effort to disguise their actions as a revolution (whether the rioters truly believed they were fighting for freedom or were using this claim as a cynical pretext to overthrow the results of a democratic election doesn’t matter here). Many theoreticians of political revolution have put freedom at its core, but Hannah Arendt may be the one who stressed the connection between freedom and revolution most strongly.

“For Arendt, true political freedom — that is, positive freedom — is the unrestricted right to think and speak, gather together, and organize.”

In her double portrait of the American and French Revolutions, On Revolution, Arendt asserts that the aim of a revolution is the (re-)establishment of freedom — not only negative freedoms such as freedom from servitude, protection from the unlawful use of force, and freedom from hunger and fear but also, and especially, positive freedoms. By this she means unrestricted engagement in political and public affairs: reflecting, debating, discussing, persuading, and acting in both the private and the public sphere. For Arendt, true political freedom — that is, positive freedom — is the unrestricted right to think and speak, gather together, and organize. In her philosophy, these positive freedoms constitute public happiness.

When it comes to the formal criteria for identifying a revolution, Arendt’s definition is very close to the one presented in the Lexikon geschichtlicher Grundbegriffe. However, she gives a decisive spin to the two temporalities of a revolution (the moment of uprising and the subsequent revolutionary process) and connects them with her notion of freedom. Her formal concept of revolutions can be summarized as follows: First, drawing on Immanuel Kant, Arendt highlights the crucial importance of the spectators, commentators, and theoreticians of a revolution. Second, in her theory of revolution the decisive parameters for the spectators’ position are the two temporalities: the moment of uprising and the revolutionary process, which includes the formation of movements.

More concretely, in Arendt’s analysis a crucial problem of the French Revolution was that for its agents — and, most importantly, in the eyes of its spectators — the irresistible and unstoppable movement that arose from the Revolution’s moment of uprising was transferred to the second temporality of revolution, the revolutionary process, leading to the death of freedom, and with it the end of the Revolution. This was not the case in the American Revolution. There, no one felt compelled to follow an irresistible movement and thus lose control of their own ability to act.

Furthermore, Arendt argues that it would be a mistake to limit the definition of the American Revolution to the colonists’ struggle for independence and their rebellion against British domination. She points out that the American Revolution had a much longer duration than has frequently been argued. In her view, the problem of the revolution in America was that it lacked a spectator aspect altogether.

The Ongoing Process of the American Revolution

Because of Arendt’s emphasis on the importance of a revolution’s spectators and their perception of the moment of uprising, the revolutionary process, and the formation of movements, her theory of revolutions is almost proto-cinematic. Indeed, the medium of film may be a more useful conceptual framework for advancing our understanding of revolution than the medium of speech or any other art form. After all, the elements of time, movement, and the spectators’ perceptions are the most important aspects to consider in a theory of film. It is therefore no surprise that in film history there is an abundance of movies that depict revolutions, especially the French and Russian Revolution.

Audiovisual representations of the American Revolution, however, are extremely scarce; in films dealing with the defining events of US history, the Civil War is the dominant theme. One possible explanation for this imbalance is that the American Revolution had no dramaturgically useful moment of uprising. There was the Boston Tea Party in 1773, but it occurred three years before the Declaration of Independence. There was no single event in the American Revolution that could be compared to the storming of the Bastille or of the Winter Palace.

“Proofreading a text is hardly a dramatic act, and neither is the signing of the Declaration of Independence.”

There are no comparable images that show the American Revolution as a dramatic uprising. Instead, this revolution is associated with white men who are no longer young but are highly educated, who debate and vote on the notion of the American colonies’ independence from the British Kingdom and work on the phrasing of the Declaration of Independence. Proofreading a text is hardly a dramatic act, and neither is the signing of the Declaration of Independence.

Political Insights From a Miniseries

In direct contradiction to the concept of a revolution as a singular event, Arendt’s theory of the American Revolution, as well as the process of watching the miniseries, center on repeated re-entry into the ongoing process. The incompleteness of each individual episode mirrors the political understanding that Arendt develops with regard to the American Revolution.

“What Arendt’s analysis of the American Revolution and the miniseries John Adams both show us is the fact that a political system can be changed through everyday political processes.”

In the miniseries John Adams, there is no single event that establishes a political order which then only needs to be administered in a process of everyday politics. The mini-series makes palpable and elaborates on Arendt’s concept of the American Revolution: This revolution is distinguished by the absence of a strict dichotomy between the issues that occur in everyday politics and the fundamental political questions about how a collective life should be organized. Instead, practical politics and fundamental issues are closely interconnected and mutually determine one another.

The authoritarian forces in the USA seem to have learned this lesson as well. On January 6, 2021, they might have failed to reach their goal, but it would be an illusion to think this means the danger is now over. What Arendt’s analysis of the American Revolution and the miniseries John Adams both show us is the fact that a political system can be changed through everyday political processes.

Today the everyday tactics of US authoritarians include their efforts to change election laws at the regional level, influencing what is taught in classrooms (and what isn’t), and sowing doubt about public institutions for ideological reasons. In order to counter these efforts, a political system has to be defended every day — not only when a newly elected president is inaugurated. 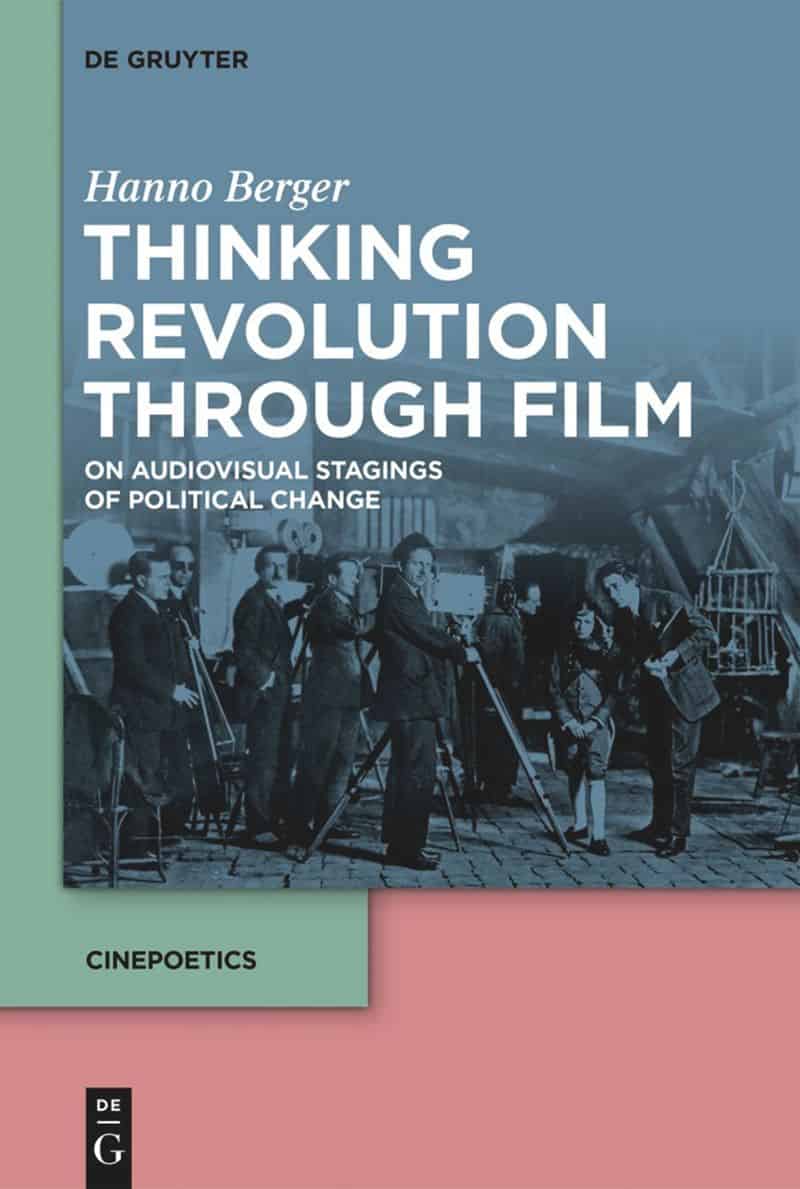 [Title image by Tyler Merbler via Wikimedia Commons, CC BY 2.0]

Hanno Berger has a PhD in Film Studies from the Free University of Berlin. He currently holds a postdoc position as part of a research group that is working on a critical edition of Hannah Arendt’s work and serves as co-editor of "The Origins of Totalitarianism" / "Elemente und Ursprünge totaler Herrschaft" (to be published in 2023).