Kasumba, who was born in Uganda and grew up in Essen, will star in several episodes as detective Anaïs Schmitz. The actress had worked for Tatort before, but only appeared in minor parts. In a 2014 interview Kasumba had told the tabloid newspaper Bild that she thought a detective of color was long overdue, but she suspected that the German public was “not quite there yet.”

In the meantime, Kasumba has been busy making a name for herself in Hollywood with much-acclaimed roles in action films like Captain America: Civil War, the blockbuster Black Panther and, most recently, Avengers: Infinity War. Her first appearance in a short scene with Scarlett Johansson (“Move. Or you will be moved.”) instantly went viral.

Now Kasumba has returned to Germany to star in what many still consider the holy grail of German prime time television. Tatort, with an average of 8 million viewers over the past years and a 23 per cent market share, remains one of the most popular (and most talked about) programs on German television.

This could mean an important cultural moment for German television, especially given Tatort’s history of stereotypical representation of Blacks and other minority groups—a phenomenon that cultural historian Wulf Kansteiner has recently analyzed in an essay in a new edited collection with sobering results.

“[Tatort] addressed questions of migration and integration on a routine basis and each time the gripping storylines made a powerful case for cultural homogeneity. In fact, the message could not have been stated more bluntly: the West is better off if it does not get involved in the shady dealings, tribal tensions, and reactionary values of migrant communities.”

Summarizing his findings, the Professor at the School of Culture and Society at Aarhus University in Denmark characterizes Tatort as a “a thoroughly racist narrative universe in which white detectives chase white, brown, and black criminals.”

Now, with Kasumba taking on the leading part as a Black German detective, this stereotypical dynamic might stumble and make way for a more authentic portrayal of migrants’ lives on German television.

This major change comes at a moment of increasing public dissent on the topic of migration in Germany. For years, scholars and activists have been criticizing that the multicultural character of German society is rarely represented in mainstream media. But since 2015, in Germany as elsewhere, the national conversation on migration has shifted. It now focuses almost exclusively on problems and threats that parts of the population associate with refugees and with Muslims in particular. Demands for more accurate portrayals of diversity in Germany have recently been drowned in an increased use of “us vs them” rhetoric.

Against this backdrop, the significance of Kasumba’s casting as detective Schmitz can hardly be overstated. Precisely because Tatort is such a traditional institution—its most popular episodes are aired to an audience of more than 10 million—a Black female detective sends an important message and will likely spark much debate about Germany’s self-image. The broadcaster’s casting decision and its reception will likely highlight once more the close ties between mainstream media, its narratives, and public discourse.

Tatort, of course, is far from alone in its overly negative portrayal of minority groups on German prime time TV. Kansteiner points to a 2007 study revealing that 81 percent of the coverage about Muslims on the public stations ARD and ZDF presented Islam in an overwhelmingly negative light. More recently, several talk shows have been heavily criticized for inciting racial prejudice through their ongoing sensationalist treatment of Islam and refugees.

Media scholars also agree that the problem is not just about political talk shows or the news. Entertainment programs like detective fiction and other fictional formats carry powerful emotional messages that can deeply influence public opinion.

But what exactly can be done better or differently? Wulf Kansteiner cites fellow media scholar Christina Ortner, who has also done research on migration in Tatort and has developed a set of guidelines for the representation of migrants and minorities on TV. According to her, there are certain characteristics that allow spectators to feel more empathy with members of minority groups.

Ortner calls for stories that:

Will the new Tatort episodes live up to these standards?

That’s hard to predict: As Wulf Kansteiner points out in his essay, a migrant star does not automatically mean a less stereotypical depiction of migrants. The way the first German-Turkish detective, Cenk Batu (played by Mehmet Kurtuluş), was presented in a number of Tatort episodes set in Hamburg between 2008 and 2012, Kansteiner criticizes, ultimately served to reinforce, rather than question, existing stereotypes of Turks and Muslims in Germany.

With Florence Kasumba now taking on the starring role, audiences can at least hope for a more nuanced and less stereotypical depiction of Black Germans on one of the most important prime time TV shows. Kasumba’s casting marks an important milestone for the visibility of minorities in the public eye and has the potential to contribute to the normalization of diversity in Germany. However – after decades of misrepresentation, criminalization and problematization of migrants on TV shows – it remains to be seen whether detective Anaïs Schmitz can really pave the way for more inclusivity and cultural sensitivity – in Tatort, but also in Germany’s media landscape as a whole. 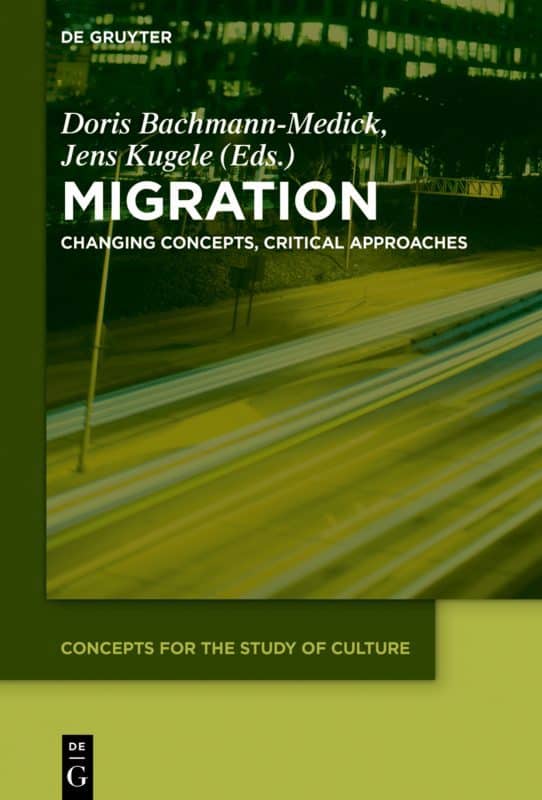