Right-wing voices set out powerful but misleading arguments to justify inaction by the Trump administration during the COVID-19 pandemic, according to a new study of the rhetoric used by high-level government officials and influential commentators in the US during the first half of 2020.

In a study published in the DeGruyter journal Open Anthropological Research, Professor Martha Lincoln of San Francisco State University examined how public officials openly pushed for people to accept widespread illness and death from the virus by adopting a tone that suggested premature death was normal and the scale of death acceptable in the grander scheme of things.

She tracked remarks supporting the sacrifice of those who were more likely to die of COVID-19 because they were presumed to be elderly or suffer ‘underlying health conditions’. That phrase was wielded to suggest that such people mattered less, because they did something wrong or were sick, Lincoln said.

Another catchy but misleading argument was that only one in 100 people who caught the virus would die. By spotlighting the life chances of a hypothetical individual, the statistic offered false reassurance about the broader social and collective costs of unchecked disease transmission. It also ignored other effects, such as people becoming severely ill or suffering long-lasting symptoms.

Right-wing commentators falsely compared COVID-19 deaths with non-infectious diseases, such as traffic fatalities, to push for normal social and economic activity. This ignored the reality that coronavirus cases can multiply and spread.

From President Trump down, it was argued that COVID-19 was not serious and there was no way to control its spread. “Right-wing messaging about the pandemic not being a big deal meant people could be falsely assured, especially those who looked for reasons not to worry about their risk of infection,” said Lincoln. “And the fact that many of the supporting claims, such as comparing COVID-19 to a bad case of flu, had little or no basis in fact did not inhibit their circulation.”

The study underlines how we should not gloss over the statements of elected officials. “In response to mass shootings, lawmakers often offer ‘thoughts and prayers’, which is another way of claiming that nothing can be done,” said Lincoln, “but they don’t impugn the people who died or suggest that they are unimportant. So it’s very startling to hear these claims that pandemic casualties were insignificant, unremarkable or not worthy of collective concern.”

This new rhetoric around death that was pervasive in the US in 2020 was not just tasteless or insensitive, she concluded: “I think it reveals something deeper about the speaker’s world view and their vision of a moral order.”

The paper, which is part of the special issue “Pathogenic Politics: Life, Death, and Social Responses to the COVID-19 Pandemic”, can be found here 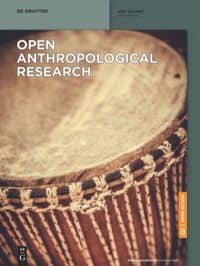 [Title Image by the blowup via Unsplash]