The immediate rise of mobile phone users in the developed and developing worlds has brought about an interconnectedness hitherto unwitnessed in the history of mankind. Whenever we are looking for answers to life’s most important questions, we’re sure to find a plethora of videos, articles (bounded by hashtags) that provide many other peoples’ take on things – but how do we pick the right one?

In this age of uncertainty, there’s a new longing for an archaic kind of authenticity, as mirrored for example in the movement of people eating in the “paleo” style, or what they believe to be the original diet humans have eaten since the beginning of time. What goes back a long way, before all that industrial and technological nonsense, so the thinking seems to go, must be inherently good for us – the way it was intended to be.

In a similar vein, there has been a much-discussed upsurge in religious fundamentalism in recent years. Feeling threatened by a world so complicated no single person can fully apprehend it, some people have started to seek solace and encouragement in archaic writings that have come about centuries or even millennia before our time. In this line of thinking, the antiquity of the texts lends them venerability as well as credibility. So instead of listening to the jumble of words buzzing around us, coming from TV shows, Youtube videos, podcasts and articles, why not instead go back to a simpler, deeper truth?

A fundamentalist, by definition, goes back to the fundamentals of the doctrine they believe in – in the case of the three big monotheistic religions, Judaism, Christianity and Islam, these are written words in their respective holy books.

The youngest of them, Islam, treats its written fundament, the Quran, as the direct, unalterable word of God. As the story goes, the archangel Gabriel appeared to Muhammad many times in an epiphany, conveying the words of God directly to him over the course of 22 years. Thus, a fundamentalist Muslim must consider anything contradicting the Quran a sacrilege.

But what about the Bible? The Old Testament is a compilation of many texts, differing in theme, style and quality. As such, it has always been clear that this holy book, the basis for both the Jewish and Christian faith, does not come from one source, but many.

The history of how these disparate texts were edited, reformed and combined into one single book is a long and convoluted one that stretches over centuries and several different language barriers. During the early days of Judaism, many people contributed texts written in Hebrew and Aramaic, pertaining to topics that can still be found in the Bible today: historical tales, religious laws, musings about the nature of God and many other aspects of life in ancient Judea. A large number of these texts went through a process of copying and editing, eventually becoming part of the Masoretic Text, the authoritative Hebrew version of the Tanakh.

But as could be expected in any kind of redaction process, not all of the texts floating around made the cut. Why? Some of it might have had to do with their literary quality, some with their content. But as Professor Hermann Lichtenberger, theologian and editor of the series “Jewish Writings from Hellenistic-Roman Times” (German: Jüdische Schriften aus hellenistisch-römischer Zeit) puts it, “We’re still not entirely sure why some of these texts were not included in the canon.”

However, once the Septuagint, the Greek translation of the original Hebrew source material was put together between the 3rd century BCE and 1st century AD, some of the texts excluded from the Hebrew canon made a reappearance and were included in both the Septuagint and its later Latin version, the Vulgate. That way, well-known texts like “The Book of Judith,” “The Wisdom of Jesus, Son of Sirach” and “1 Maccabees” became part of the Catholic version of the Old Testament.

When Luther translated the Old Testament into German, he used the Tanakh as his source. Thus, it is not surprising that he did not consider the additional texts from the Catholic Bible as canonical. To categorize them, he used the term “apocrypha” (from Greek ἀπόκρυφος, “obscure, hidden”). He considered them “not equal to the Holy Scriptures, but useful and good to read”.

So to this day, there is a number of texts that Catholics and members of Orthodox Churches consider as an integral part of their Holy Scriptures, while Protestants do not.

The apocrypha were still included in early modern Protestant versions of the Bible, like Luther’s in Germany and the King James Bible in England. Still, the 1647 Westminster Confession of Faith stressed the fact that they are “of no authority in the Church of God” and should in no way be “otherwise approved, or made use of, than other human writings.”

Since many modern printed editions of the Bible omit the apocrypha, the average reader not familiar with the Holy Book’s complicated editorial history may well never have come across any of these texts.

Following a somewhat artificial distinction, apart from the apocrypha there’s another group of non-canonical texts, the so-called pseudepigraphs. These are mainly works whose authors use a pseudonym, usually the names of well-known historical figures, to lend authority to their text. This terminology is problematic, though, since there’s a certain overlap between apocrypha and pseudepigrapha. Also, there are thoroughly canonical texts in the Bible which are also pseudepigraphical, like the psalms attributed to King David or the proverbs attributed to Solomon.

So, for anyone looking for definitive, unambiguous answers in “the” Bible: not so fast. Nothing is quite as easy as it might seem with biblical texts.

Should we then just ignore the ones that were not deemed worthy of inclusion in the different types of canons?

This is the first article on Jewish Writings from Roman-Hellenistic Times from our publishing partner, Gütersloher Verlagshaus. Read the second part here! 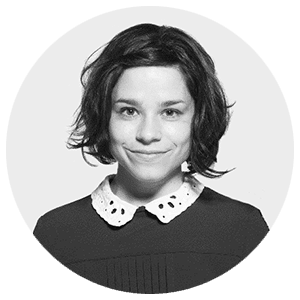 Nele Diekmann studied Assyriology and Comparative Religious Studies in Heidelberg, Cambridge [UK] and Berlin. She was a fellow at the Yale Center for the Study of British Art, the German Historical Insitute London and the Max Planck Institute for the History of Science in Berlin. In 2015, she was awarded a PhD in Assyriology for her work on the history of deciphering cuneiform and the epistemic importance of notebooks in decipherment. After working in scientific publishing, in 2017 she co-founded HistoriCity, an agency for cultural content production and consultancy.