For World Philosophy Day, we would like to revisit some of the issues raised by Lisa Bortolotti and Katherine Puddifoot in the book “Why Philosophy?” In their chapter, “Philosophy, Bias and Stigma”, they discuss how philosophy can help us understand and tackle implicit biases and the stigma associated with some psychiatric disorders.

Implicit biases are prejudices we have towards members of certain social groups, which affect how we interact with each other. For example, we might have a prejudiced notion that women cannot do maths, and so assume that they are unsuitable for jobs requiring mathematical abilities.

Implicit biases account for some of the lack of diversity we see in certain professions, and for members of marginalised groups missing out on opportunities and fair treatment.

What makes some biases so difficult to address is that they are held implicitly; we don’t realise that we have those attitudes and that they can affect our behaviour. We might even explicitly abhor those kinds of attitudes. This raises difficult questions about whether we can be held responsible for having them, and how we can change them.

“Implicit biases are a particularly pernicious hindrance to behaving in ethical ways.”

Despite implicit biases not being under our control, they still seem to be an ethical failing of some sort. We do not uphold fairness and egalitarianism when we treat people differently just because they are members of some social group. Implicit biases are a particularly pernicious hindrance to behaving in ethical ways. However, they are not the only things which we don’t have direct control over and yet affect our behaviour: for instance, we can’t stop our cravings or determine our mood.

We quite often find ways to deal with these cravings and moods despite not having direct control over what causes them. For example, if we want to give up smoking, we can’t just stop craving cigarettes, but we come up with strategies for coping with the cravings. We stay away from spots where we used to smoke, ask our friends not to offer us cigarettes, and make sure that we always have nicotine gum on us. If we find ourselves in a bad mood, we might decide to take a walk or watch one of our favourite films. These are all quite structural, indirect techniques for managing our behaviour, but nevertheless they might be what is called for in ethically charged situations as well.

Philosophy can teach us about how we ought to regulate our ethical behaviour more widely. Bortolotti and Puddifoot discuss ‘retraining’ techniques, such as removing personal details from CVs in a hiring context to tackle implicit biases against women or people belonging to ethnic minorities.

These ‘retraining’ techniques show that we can take some responsibility for implicit biases despite them being not directly under our control. They also shed light on how robust ethical behaviour can be promoted. Yet, the ethical role of these techniques is somewhat underappreciated.

“The ethical role of these ‘retraining’ techniques is somewhat underappreciated.”

Imagine that Emily realises that she is busy and disorganised and keeps forgetting her friends’ birthdays. By doing so, she hurts their feelings and she feels guilty about this. Instead of just resolving, however earnestly, to remember her friends’ birthdays, a better approach for Emily is to instigate a system of noting her friends’ birthdays on a calendar and then placing that calendar in a place she checks regularly. This way, Emily doesn’t need to spend so much time beating herself up over being forgetful despite her heart being in the right place. After all, the technique she adopts stems from her wanting to be a kind, thoughtful friend.

One form of prejudice that is rife in our societies is mental health related stigma. People are discriminated against for the mere fact that they suffer from mental health issues. According to Bortolotti and Puddifoot, philosophy can help in fighting stigma in two ways: they show that physical and mental health are equal in status and that the divide between normal and pathological cognition is narrower than it is usually assumed.

To illustrate the latter point, take the example of delusions. Delusions are defined as fixed, irrational beliefs that are resistant to counterevidence and that are not shared by same culture peers. For instance, a person with delusions with persecution can claim to be hunted by evil alien beings. Delusions are present across a number of different disorders, from schizophrenia to depression and OCD. In popular culture they are usually considered to be the mark of madness.

Although delusional beliefs may sound bizarre, the irrationality that characterizes them also features in everyday instances of irrational beliefs. For instance, it is common to believe without good evidence that we are above average in some domain—this is the so-called better than the average effect. The person who believes that alien beings are hunting them and the average person who believes they are an excellent driver despite being involved in numerous car accidents might not be that different.

The divide between what counts as pathological and what counts as normal is not as clear-cut as it might appear at first because irrationality can be present in both. What distinguishes delusions from other instances of irrational beliefs is that, contrary to most optimistic beliefs about ourselves, superstitious and prejudiced beliefs, delusions are not shared by others and can be very disruptive.

In these areas, philosophical work lays out clearly what is wrong with treating unfairly people who are different from us. When this behaviour is exposed as incompatible with our explicit values, it can be criticized. Then, recognising such behaviour as objectionable is the first step to wanting to change it.

Philosophy helps us identify realistic means to pursue this change. By retraining ourselves, we can inhibit the influence of implicit biases, and by realising that we all hold onto some irrational beliefs, we comprehend that it is a mistake to single out people with mental health issues as irrational. 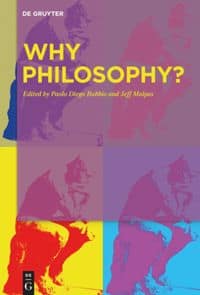 Eugenia has just completed a doctoral project in Philosophy of Psychology at the University of Birmingham, focused primarily on delusions, OCD, conceptions of adaptiveness and wellbeing. You can learn more about her work in this short interview.

Kathleen is a doctoral researcher in the Department of Philosophy at the University of Birmingham. Her research focuses on virtue ethics, confabulation and mental disorder. You can learn more about her work in this short interview.