A team of engineers at the Institute for Systems and Robotics at the University of Lisbon, Portugal, have devised a more realistic handshake for a humanoid robot. They hope that their work will pave the way for a deeper level of human–robot interaction.

Writing in a new research article in the Journal of Behavioral Robotics, João Avelino and his colleagues described their recent experiments with the robot Vizzy, which was developed as a human assistant for social interaction tasks.

In many cultures, shaking hands is a fundamental part of human interaction—a gesture that can convey trust, recognition, openness, and equality. Equipping humanoid robots with the ability to shake hands could create better human–robot interaction. But it’s a ritual that’s far more complex than it seems. And as such, it remains a challenge for robotics.

“Performing a successful and realistic robotic handshake is a fairly complex task,” explains Avelino. “It requires a set of sensorimotor skills that are still difficult to achieve with current technology. For a handshake to be natural, all its components—handshake intent detection, grip strength, shaking trajectory, timing, and awareness—have to be accurately tuned and harmoniously synchronized with each other.”

To effectively shake hands with a human, robots need to utilize these intricate skills to activate the start and end of the handshake, correctly move the arm, wrist and fingers, offer a suitable grasp, and provide tactile feedback.

This latest research stands apart from the rest of the field, because it works towards designing a robot handshake—focusing on grip strength and handshake detection—in direct collaboration with user feedback.

Across several trials, the team carried out physical experiments between human subjects and the “social” robot, Vizzy. This robot’s hands are fitted with state-of-the-art tactile sensors that are covered with silicone for a skin-like sensation and can measure force in real-time by detecting changes in the magnetic field.

By studying the preferred strength of grip, analyzing the quality of the tactile feedback provided, and improving the hand grip controller, the team designed a robotic handshake perceived as “comfortable” by the majority of people at the receiving end of it.

Vizzy also learnt to distinguish between shaking hands with a human or an inanimate object, and the robot has been using its new handshake to greet people at social events.

“It’s surprising to see that people are not scared to shake a robot’s hand, enjoy it, and feel safe, even with the current limitations,” says Avelino. “Our research opens the door for low-cost robots to perform handshake greetings and positively impress people. We believe a fully natural and realistic handshake will have even more positive effects, but we are still far from achieving it.”

While in this study, the team focused on the force applied to the tactile sensors on the robot’s hands. To design an even more natural handshake, they will next need to look at making their robot’s entire arm move in a human-like way, by making each joint compliant and synchronized with the movements of people receiving the handshake. They are also working on improving the handshake grip controller and are developing other social awareness behaviors.

Avelino and his team believe that although they have only worked with the robot Vizzy, their findings could be applied to many different robots. 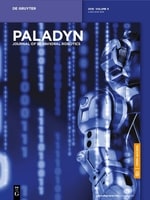