Exactly fifty years ago, at the 1972 United Nations Conference on the Environment in Stockholm, Swedish Prime Minister Olof Palme coined the term “ecocide” when he demanded an international law against the mass-scale destruction of ecosystems. Ever since, the debate has intensified due to the overwhelming environmental damage caused by individuals, companies, and governments around the world.

In particular, the negative effects of climate change and habitat destruction have done their part to further interest in this concept. In a sense, ecocide embodies the problem of global inequality as well as the individual and collective responsibility for environmental damage.

In November 2020, on the 75th anniversary of the Nuremberg Trials, the Stop Ecocide foundation (co-founded by the late Polly Higgins) established a group of international lawyers with the support of Swedish parliamentarians to make ecocide an international crime. The idea was to add ecocide to the Rome Statute of the International Criminal Court (ICC) – alongside genocide, crimes against humanity, war crimes, and crimes of aggression.

At this point, however, the recognition of ecocide as a fifth crime against humanity and the amendment to the Rome Statute have stalled. The reasons for this are the complexity and global nature of the task, the need to consider the interests of many actors, and various legal norms and procedures.

However, the beginning of Russia’s war against Ukraine on February 24, 2022, has created a new reality. Crimes against the Ukrainian environment and people are being committed every day. Ever since the beginning of the invasion, we have been observing the total and, in most cases, deliberate destruction of Ukrainian natural resources, ecosystems, and industrial and infrastructural facilities, which has led to widespread environmental pollution.

The detonation of missiles and artillery shells is unleashing a great number of toxic substances, which accumulate in the surrounding soil, wood, turf, and other structures. Explosions in the air release chemicals that may cause acid rain, which changes the acidity of the soil and can cause burns to people, plants, mammals, and birds.

Moreover, Ukrainian territory has been contaminated with the remnants of military ammunition on an enormous scale. According to the State Emergency Service of Ukraine, from February 24 to June 15, 2022, 136,606 explosive objects were disarmed in an area of 40,905 hectares. However, many more remnants of already exploded shells and destroyed ammunition still remain on Ukrainian territory. A full-scale war with Russia has been going on for four months, although everybody now realizes that it will go on for much longer. Taking into account that Russia has been relying on the massive artillery shelling of the entire Ukrainian territory, we can expect contamination with the remnants of military ammunition to increase.

This is leading to the contamination of soil, surface, and underground water with various chemical components and organic compounds. Moreover, return water from settlements is flowing into the Dnieper River and further into the Black Sea and the Azov Sea without being treated, spreading pollution to these regions. This has caused the death of many dolphins and other marine species.

Military activities have affected one-third of Ukraine’s natural reserves, large areas of wetland designated for protection under the Ramsar Convention on Wetlands of International Importance. The movement of heavy equipment, the construction of fortifications, and military operations are damaging soil cover. This has led to the degradation of vegetation cover and is exacerbating wind and water erosion. Approximately 2.9 million hectares in the Emerald Network (an ecological network comprising Areas of Special Conservation Interest) are being threatened by destruction. It is a habitat for thousands of plant and animal species.

Many bird species used to migrate through what is now the war zone. Their paths have probably changed. Because the fighting continued until after the end of spring, the breeding activities of many birds have been restricted.

Fires in Ukraine resulting from hostilities also pose a significant threat to biodiversity in Europe. Due to the high intensity of shelling, the work of firefighters has been restricted and complicated. Monoculture pine plantations in northern and eastern Ukraine have helped fires to spread faster. Higher air temperatures are also increasing the risk of fires. The fires in the Chernobyl Exclusion Zone in the early months of the war seem to have contributed to the release of radioactive substances into the atmosphere, which have been carried over considerable areas of land.

During the intense fighting around Kyiv, the city was periodically covered in smog. My son and daughter-in-law only went out with my grandson in the evenings once the smog had cleared. My personal decision to leave Ukraine was made on March 4, after Russian troops shelled and seized the Zaporizhzhia nuclear power plant in Energodar. For me, this was the final link in the chain of reports about the occupation of Ukrainian nuclear power plants.

As a person who vividly remembers the Chernobyl disaster – I was finishing school at the time and about to start at Kyiv University – I was scared by the news of missiles flying over the Chernobyl New Safe Confinement (a structure built to confine the remains of the damaged reactor) and disconnecting Chernobyl’s remote monitoring system due to power outage.

Talking to many Ukrainian refugees in Germany showed me that I was not alone. Fear of an impending environmental disaster has forced many of us to leave Ukraine and become environmental migrants. We can assume that the ongoing destruction of industrial facilities and infrastructure, leading to the pollution of land, water, and air, will result in an increased flow of refugees from Ukraine if the war drags out.

“Experts, politicians, and representatives of the sciences and civil society in European countries should think about the fact that air and water pollution is transboundary.”

Experts, politicians, and representatives of the sciences and civil society in European countries should think about the fact that air and water pollution is transboundary. Europe has already had its own experiences in this regard: back in the 1960s and 1970s, many European countries had to deal with acid rain and, in 1986, with radioactive contamination resulting from the Chernobyl disaster. But it seems that over time, this has been forgotten.

Few people today think about the potential impact of Russia’s war against Ukraine on the European environment. Yet Europe is a shared home for hundreds of millions of people. And each of them has the right to live in a safe, high-quality environment. Principle 1 of the Rio Declaration on Environment and Development states that people are at the center of sustainable development. They have the right to live healthy and productive lives in harmony with nature.

This war violates this right for not only Ukrainians but all inhabitants of Europe, especially given the transboundary nature of many environmental problems. In order to defend this right and to ensure that it is upheld in the future, we need to intensify efforts to criminalize wrongdoings against the environment and to create effective mechanisms for punishing perpetrators.

There is no time to wait. We cannot pretend that these problems do not exist. We must think both for ourselves and for future generations, not only by citing international documents but also by punishing those responsible for ecocide. If ecocide is not stopped and the culprits are not punished today, the number of countries and communities that suffer tomorrow will increase significantly. 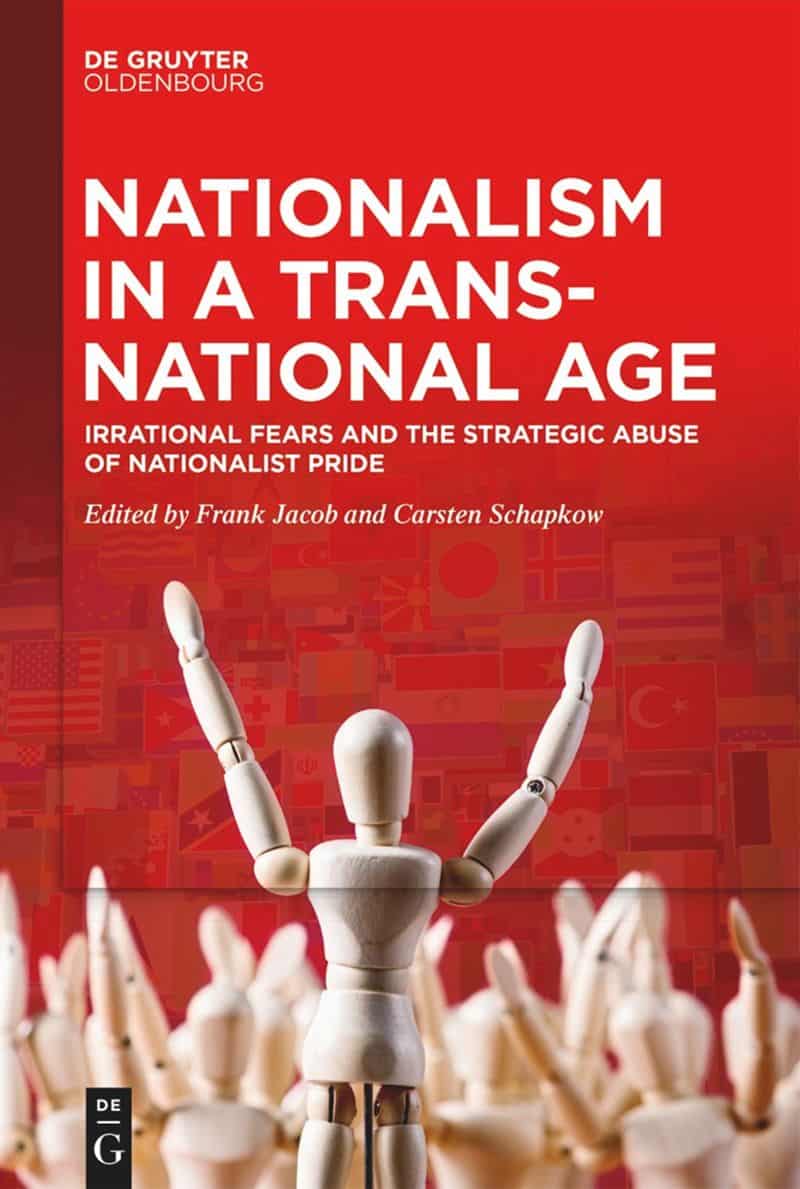 Frank Jacob & Carsten Schapkow (eds.)Nationalism in a Transnational AgeChapter: Eco-Nationalism in the Soviet Union in the Late 1980s and Early 1990s: The Ukrainian Case (Tetiana Perga)