You can find the recording also at Spotify and Apple Podcasts.

Films not only entertain – they also probe social injustices and tell marginalized stories. Against a backdrop of increasing economic inequality, more and more people today are experiencing precarious living situations, poverty, and social exclusion. The Open Access book “Precarity in European Film: Depictions and Discourses” is a major new contribution to research into the representation of class in contemporary visual culture.

In this book talk, Dr. Pablo Dominguez Andersen, communications director at De Gruyter, meets the volume’s three editors — Elisa Cuter, Guido Kirsten, and Hanna Prenzel — to discuss questions of precarity in European cinema. What does precarity mean exactly? Is class still a relevant issue today? And can we identify common themes in these films, selected from across Europe?

The volume brings together renowned scholars and early career-researchers in mapping the ways in which European cinema — whether mainstream or arthouse, fictional or documentary, traditional or experimental — engages with phenomena of precarity, poverty, and social exclusion. It looks at how the filmic traditions of different countries reflect the socioeconomic conditions of precarity, and it illuminates similarities in the iconography of precarious lives across cultures.

The three editors are members of the Emmy Noether Research Group on Cinematic Discourses of Deprivation at the Film University Babelsberg Konrad Wolf in Potsdam. The book “Precarity in European Film” is the first volume in the new De Gruyter series “Film, Class, Society.” 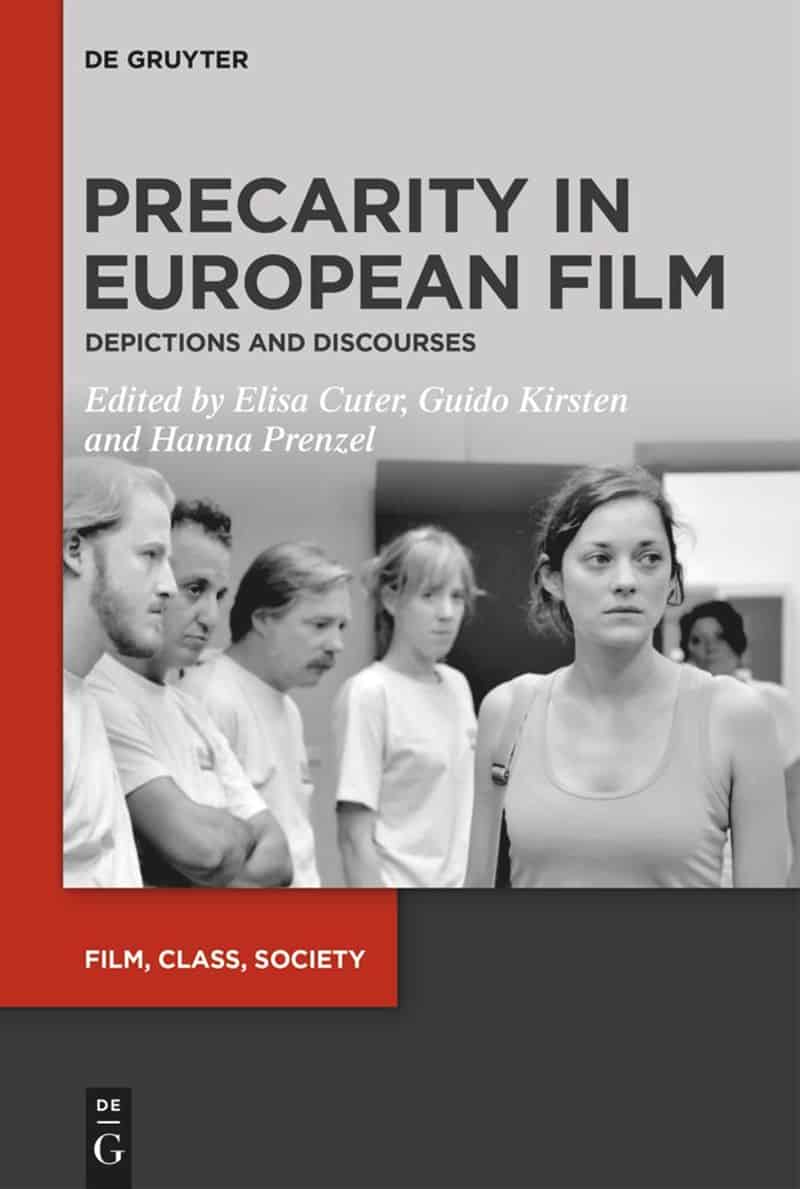 [Title image by Arlinda via Unsplash]

Hanna Prenzel is a scientific/artistic PhD candidate and Research Associate of the Emmy Noether research group “Cinematic Discourses of Deprivation” at the Film University Babelsberg Konrad Wolf (Potsdam). Her areas of interest include collective filmmaking, documentary-based film forms, postcolonial theory, and feminist film theory. She is co-founder of the TINT Filmkollektiv and works as a freelance documentary filmmaker.

Elisa Cuter is a PhD candidate and Research Associate at the Emmy Noether research group “Cinematic Discourses of Deprivation” of the Film University Babelsberg (Potsdam). She has worked as a film critic for several magazines and collaborated with various festivals in Italy and Germany, is chief editor of the online magazine “Il Tascabile” and author of “Ripartire dal desiderio” (2020).

Dr. Guido Kirsten is Principal Investigator of the Emmy Noether Research Group “Cinematic Discourses of Deprivation” at the Film University Babelsberg Konrad Wolf (Potsdam). He is the author of books on cinematic realism (2013) and on the notion of découpage (2022). Together with Margrit Tröhler he edited “Christian Metz and the Codes of Cinema” (2018).