Crisis as Opportunity for Messages of Hate

Whereas this so-called Zoom-bombing appears as a new phenomenon, the antisemitic slogans in the context of the coronavirus crisis do not come as a surprise. The crisis serves as an opportunity for antisemites to spread their hateful messages. The Kantor Center at Tel Aviv University is right to point out that blaming Jews for natural, political, and economic crises is not a new development. For centuries this has been the essence of an antisemitic worldview. The important question is whether the coronavirus crisis serves rather as a temporary opportunity to spread antisemitism or if the current crisis will have a lasting effect.

I argue that the latter is the case. The severe problem in the current situation is not only the spreading of certain conspiracy theories. In addition to that, the dissemination of conspiracy thinking will have a lasting effect and will increase a dangerous trend: the “shift of the phenomenon of antisemitism from the fringes of society to the mainstream. This shift is evident in many Western societies and especially in their social media”. The expansion of conspiracy thinking fuels this trend. A study from Harvard University found that 31% of US Americans believe that the virus was intentionally created and spread, and 29% believe it was exaggerated to hurt president Trump. A study from Oxford University analyzed perceptions in England and found that “60 % of adults believe to some extent that the government is misleading the public about the cause of the virus, 40 % believe to some extent the spread of the virus is a deliberate attempt by powerful people to gain control” and “20 % believe to some extent that the virus is a hoax”. The same study showed that 20 % believe to some degree that “Jews have created the virus to collapse the economy for financial gain”.

Antisemitic and conspiracy thinking are mindsets that do not allow for social events to be coincidences, unintended or contradicting, as the virus and the policies to stop the virus from spreading have partially been. Antisemitic and conspiracy thinking are attempts to (re)gain control; they offer explanations and guidance in a world that is turned upside down due to something invisible to the human eye. In the eyes of the beholder, they turn helplessness into orientation, uncertainty into knowledge, and thereby also offer an emotional benefit: the consumption of “alternative information” becomes an experience of self-empowerment, a way to magnify one’s own ability to “understand” what the crisis is all about and form an independent viewpoint.

Everywhere we find this kind of “alternative knowledge”, with antisemitism just a small number of clicks away. The number of people who (sometimes unwillingly) fabricate their own partisan information through social media is growing. Those people are now starting to follow prominent conspiracy theorists on social media, and will continue to get their information through these channels in post-coronavirus times. And as the channels grow the algorithms of social media providers will suggest them to a wider audience.

Colleagues have argued for the need to keep cool and not give conspiracy activists the attention they are looking for. I disagree. The conspiracy theorists are thriving because they have been ignored, because of the wider public thought that western societies are strong enough to deal with just a few lunatics. But the lunatics now hold important offices, have built a network of alternative media, and have an army of followers who are well prepared for the next crisis — when the middle-range impact of the current crisis will be kicking in. It would therefore be wise to take this milieu as seriously as the conspiracy activists take their conspiracies. 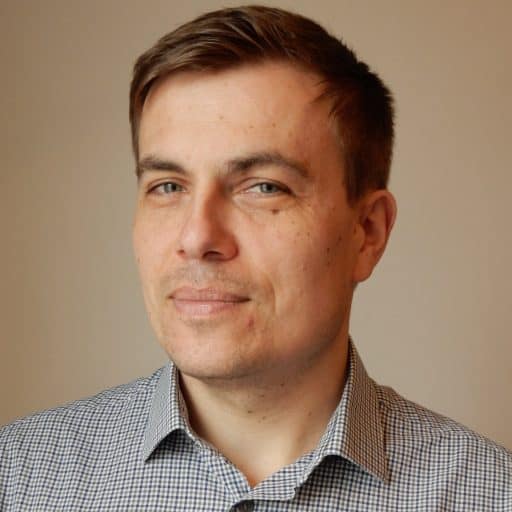 Marc Grimm is a political scientist working at the Centre for Prevention and Intervention in Childhood and Adolescence (CPI) at the faculty of educational science at Bielefeld University. He is currently leading a project that looks into young people’s susceptibility to antisemitism in gangsta rap and opportunities for prevention.