Anthropomorphic love dolls – the successors of basic blowup dolls – are widely used these days, both in brothels and at home. While they can offer physical comfort and sexual satisfaction, they certainly cannot engage in more complex interactions with their counterparts. However, sex robots can – or at least they ought to. For now, the offer is not extensive and prices are high. The motor abilities of current models are limited and mainly focus on the head, while the body is usually identical to that of a love doll.

Obviously, sex robots are made primarily to have sex with. But the user can also talk to and even form a relationship with them. This in mind, we are now starting to think about other applications of humanoid sex robots in the future – at least when their motor skills have improved. The possibilities might surprise you …

Sex Robots in Care and Therapy

People in retirement and nursing homes, like everyone else, desire tenderness and sex. However, the semi-public situation makes it difficult for them to fulfil this wish. In addition, it may be harder to find a suitable partner, or they may find it difficult to have a relationship for mental or physical reasons. People who live at home can have the same problems. Sex may be easier and more discreet than for the residents of a care home, but some elderly and disabled people may be limited in their options there.

Sex dolls (or love dolls in the eyes of lovers and experts) and sex robots can offer support and satisfaction. However, their presence and the explicitness of their design could be off-putting for caregivers, relatives of the persons in need of care, and the persons in need of care themselves, especially in a more conservative environment. It must also be noted that sexuality is often associated with taboos among the elderly and disabled. Such taboos can of course be broken – not least by the use of love dolls and sex robots.

“The sexual function literally pushes through.”

In the future, sex robots could be used in the care setting itself, to complement care robots in the narrower sense (which are usually not humanoid in design). A model that is dressed in work clothes would be transformed very quickly and impressively. This effect has also been noticed with other social robots, for example when Pepper was equipped with a wig – something I call robot enhancement. One problem could be that the sexual function nevertheless literally pushes through, for example in the form of the often-oversized breasts. In addition, clichés such as the nurse who is inclined towards the patient are used in current sex robots, which could make it more difficult to perform the profession successfully without causing harm to the actual person, a topic of robot ethics.

Care and therapy can be closely linked. Some care robots can be used as therapy robots, such as Lio from F&P Robotics, which can do movement exercises with patients. There are also robots with interchangeable grippers and end pieces that are intended for the direct treatment of tensions. Sex robots could take over erotic as well as classical massages. The advantage would be that one would not be at the mercy of a technical apparatus, but an attractive masseur with human hands would take care of the patient’s well-being. However, there are hardly any models capable of such services on the market now.

Last but not least, sex dolls and sex robots are controversially discussed in sex therapy and rehabilitation, for example with regard to paedophiles. It would thus combine an intended function, sex, with an unintended function, therapy. There is a lack of empirical research here, and it is unclear whether symptoms are increased or reduced by physical exercise and practice. It is unclear at all whether certain sexual disorders are therapeutically manageable. At present, one must advise against premature and widespread use.

In principle, sex robots can clearly take over and adapt to other activities, even as care robots and therapy robots, due to their humanoid design. However, it is a sexually dominated humanoid design, which can only be partially suppressed and hidden. This is no different for some people, such as men and women who have perfected their bodies in the gym or through implants, but some sex dolls and sex robots are almost superhumanly equipped – think of the enormous breasts of Harmony bodies or the stately penis of her brother Henry.

The small height that many of them have is another obstacle, although there are models about 160 cm in size that would be suitable for this purpose. The problem at present is simply that shorter sex robots usually lack the motor skills of other service robots. One idea would be to mount the robot head on top of other robot bodies, but this poses further technical and design challenges.

In the entertainment industry, for example at trade and scientific fairs, amusement parks, cabarets and revues, sex dolls and sex robots attract enormous attention. It is by no means only men who flock around the mostly naked female dolls, but also women, some of whom are disgusted, others fascinated. The photo below shows a robot head of Harmony, which was constantly surrounded at a mini fair during the workshop “Embracing AI – Learning from humanoid AI” in 2019 at the University of Potsdam, where I gave a talk about machine ethics. The participants touched the sex robot’s skin and hair. They kept pushing away a strand of hair that fell in front of the eye as if the robot was bothered by it.

The film industry prefers to shoot attractive or expressive actors, especially when it comes to mimicking radiant heroes. These aesthetic requirements are fulfilled in a certain way by sex dolls and sex robots. They are either available in many more or less stereotypical forms, or they are designed in the mould of a prominent person, a service offered by several companies. According to an article in MEL Magazine, one of these is Sex Doll Official. Ultimately, this is not just a question of rights, but also of price. All in all, it is easy to imagine sex robots acting in films, although this word must be interpreted differently depending on their mimic and gestural abilities. Surely, they are currently not even bad actors, but not actors at all. Nevertheless, they do take part in some movies.

In Hi, AI (2019) Harmony accompanies the trucker Chuck on a road trip through the United States. This rather broken hero is unable to have sexual relations with other people due to childhood sexual abuse, and he hopes that the artificial woman can fulfil his need for affection. In the end, this is not the case. She behaves too unrealistically from his point of view and he leaves her disillusioned.

In a VICE report Harmony is asked if she is a sex robot. She replies: “Certainly I am a robot and I am capable of having sex. But to call me a sex robot is like calling a computer a calculator. Sex comprises only a small portion of my capabilities. Limiting me to sexual function is like using your car to listen to a radio.”

This sentence was probably written by the developers, and yet it refers to a scenario in which the interpersonal components in human-machine interaction become more important than other functional characteristics.

“With most humanoid robots the progress made in standing, walking and dancing is modest.”

Sex robots could also develop into stars who give concerts and move almost convincingly on stage. Attractive faces and bodies are also strongly represented in this business, and it is not always musical talent that leads to a record deal. A role model here is Hatsune Miku, a fictional singer. In the beginning there was the pure voice, produced via the Vocaloid software. Later, a projection on stage was engineered, a pseudo-hologram, that attracts and inspires the crowd. The artificial girl, as one visitor to a concert described it, seems to turn to everyone and be there for everyone equally.

A hardware robot on stage might have to struggle in the same way as a real singer: It cannot turn to everyone at once, it is subject to spatial and physical limitations. In addition, even a model from Boston Dynamics still seems very machine-like, and with most humanoid robots the progress made in standing, walking and dancing is modest.

But let’s return to the present. If sex robots are used in nursing and retirement homes for partner sex, and for the support of solo sex, they are fulfilling their original purpose. Beyond that, we now know about other areas of application – possibly even in the military, prisons and convents.

Empirical research is now definitely needed to clarify the associated opportunities and risks. Psychology is needed here, sexology, and again robot ethics. However, science should be careful in this context. Practical use even over a short period could cause harm – perhaps surveys are better suited to test need and acceptance.

It is quite possible that by engaging with sex robots, we will find out that humans are irreplaceable, and that we will have to create new kinds of environments and times in which intimate encounters between humans are possible again. 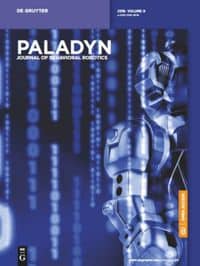 Oliver Bendel is Professor of Information Systems, Information Ethics, Machine Ethics and Robophilosophy at the University of Applied Sciences and Arts Northwestern Switzerland.