One of the most extraordinary elements of China’s forty years of economic reforms has been the arrival on the scene of a re-born private sector. I say re-born, since, prior to the reforms which began in 1978, the Chinese Communist Party had eradicated China’s capitalist class and nationalized their enterprises. This eradication stretched from large factories to small stores and restaurants.

After the failure of the Mao period to create wealth for the people, Deng Xiaoping’s reforms pragmatically embraced a development model under which the economy could be freed up and productive forces unleashed, but only just as long as the Party retained absolute control. I characterize this creative and bold new model, in which hitherto inimical forces prove to be compatible, as The China Paradox.

In the course of the reforms, China’s private firms broke out onto the scene unexpectedly and uninvited. They serendipitously and crucially provided an underpinning to the economy during the complex and risky process whereby central planning was dismantled and the largest state enterprises were patched up and given a new lease on life.

To this day, China’s private firms far outstrip the state sector in terms of efficiency, profitability, jobs creation and technology innovation. China’s ruling Party has shown ambiguity towards this phenomenon, on the one hand grudgingly acknowledging the outstanding performance of private firms, while on the other hand stressing the primacy of the State sector and, in a patronizing way, insisting on private enterprises accepting Party “guidance.” In turn, many private entrepreneurs have been willing to participate in China’s political scene as the surest way of ensuring they can preserve a degree of autonomy in face of venal officials and the interfering Party-State.

That delicate balancing act has been a fundamental aspect of China’s hybrid development model. It also left room for legitimate speculation among foreign observers that China’s goal might be a flourishing mixed economy in which private firms take their place on an equal basis alongside their state-owned counterparts.

“We are at a watershed leading to a decline in the autonomy of China’s private firms and a continued land grab by the Chinese state.”

Based on the events of the last five years, I think we can say with confidence that such an outcome looks highly unlikely and that we are at a watershed leading to a decline in the autonomy of China’s private firms and a continued land grab by the Chinese state.

National champions in high tech equipment, such as Huawei, while nominally maintaining their private status, in the final analysis are already largely integrated into China Inc. and must take their cue from the Party.  But China’s e-commerce firms, which in a way unseen in the West combine a wide range of trading, entertainment, and financial services on their platforms, stand out in terms of their importance coupled with independence. Alibaba’s financial arm, the ANT Group, plays a vital economic role providing not only payment systems but loans to China’s small and medium size enterprises who to this day remain largely cut off from financing by the state-owned banks.

But, over the last couple of years, we have seen a radical hardening in the Party’s attitude towards China’s e-commerce sector. In part it reflects Xi Jinping’s “common prosperity” theme which aims to address China’s unequal distribution of wealth and force the nation’s billionaires to “give back” more to society. But it is also part of much broader policy shift.

“The Party has become acutely uneasy about such enormous firms with massive offshore wealth which might present an alternative center of power or influence.”

A major sign of this shift came in late 2020, when pressure from the Chinese government led to Alibaba scuttling the Hong Kong IPO of ANT, which had been expected to raise US$ 37 BN. There were multiple factors at play. Firstly, Chinese officials, with some good reason, were insisting that ANT’s banking functions be regulated as such. Secondly, in the context of China’s emphasis on social surveillance, bringing e-commerce platforms more under the orbit of the Party offered greater access to data on a whole swathe of the population. But beyond that, thirdly the Party has become acutely uneasy about such enormous firms with massive offshore wealth which might present an alternative center of power or influence. Compounding this anxiety has been the behavior of Alibaba’s founder Jack Ma, who seemed to be upstaging Xi in foreign capitals and, in face of the coming clampdown against his firm, famously showed blatant disrespect to an audience of very senior officials.

Lately, e-commerce firms Baidu, Tencent and Alibaba have all recently been fined by the Chinese government for monopolistic practices something which on the face of it may have been overdue.

In a rearguard action, e-commerce firms have responded to the government pressure. Alibaba and Tencent have both established social equity funds aimed at helping poorer areas of China but with no clear prospect of a return on that investment. The total USD 31 BN put into those two funds have been characterized as the government siphoning off shareholder funds from those firms.

Alibaba has agreed to a state-owned firm taking a 20% share in ANT’s consumer finance business. That injection of funds no doubt improves the firm’s capital adequacy. But it is also a stark example of how the private sector has no choice but to buckle under.

Some elements of public opinion have turned against Lenovo, China largest computer maker. It operates essentially as a private Chinese firm but with a very small residual state shareholding. One neo-Maoist commentator has criticized Lenovo not only for paying high salaries to its top executives but also for failing to act in the best interests of the remaining state shareholding. One Chinese newspaper (Party-run, they all are) in an editorial has sought to pushback on this, stating “I am quite worried that there will even emerge a movement toward private entrepreneurs which might destroy their enthusiasm and increase their sense of insecurity if we insist on investigations.”  This point of view confirms the trend we are discussing but is in my view not enough to halt it.

Thoughts on the Future

I have been asked whether this may all be another economic readjustment or regulatory tightening which periodically take place in China, after which things relax again. Unfortunately, I don’t think that is the case. The signs point to not just a convergence between state and private enterprises, but essentially a long-term trend which may strip away the vibrancy and innovation we have seen in China’s re-emerged private sector. This will of course be to the detriment of China’s economy, wealth creation, competitiveness, and its ability to climb the technology ladder. But this move is entirely consistent with the policy direction of the Party towards ever-heightened autocracy and control.

Of course, I may be proven wrong. I certainly hope so. But, if this process takes its course, it will signal that China believes it can declare victory in its reform process and that the successful hybrid developmental model can be dispensed with. That would be a huge mistake. 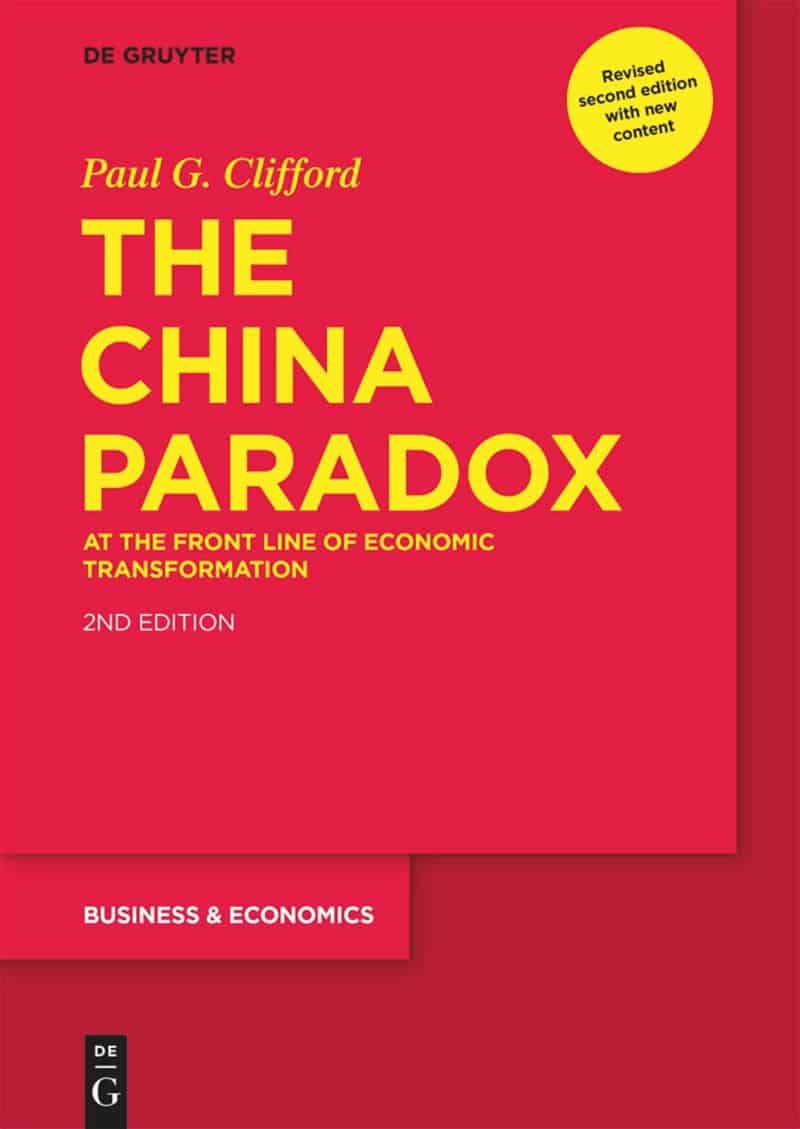 [Title image by Edward He via Unsplash

Dr. Paul G. Clifford is Non-Resident Senior Fellow at Harvard Kennedy School. He has worked in China as a corporate banker, strategy consultant and with a global high technology firm. He has advised both Chinese state-owned and private enterprises as well as multinational firms in China across a wide range of sectors.