Although they have always been a part of our society, it is only thanks to a recent evolution in transgender rights, media attention and greater societal acceptance that more and more transgender people are now able to openly identify with the gender they feel comfortable with.

Based on the mismatch between physically assigned sex and the felt gender identity of a person, researchers have long wondered if the brains of transgender people more resemble those of their assigned sex at birth or those of their desired gender – or if they even show a unique brain profile. A recently published review article in Neuroforum provides an overview of currently available brain imaging studies in transgender people.

From Post-Mortem to In-Vivo Studies

Early studies solely relied on examining the brains of deceased persons. One such post-mortem study in transgender women (self-identifying women who were assigned male at birth) documented that a part of their forebrain circuit – the bed nucleus of the stria terminalis, which differs in size between men and women – was more similar to cis-gender women’s brain structures than to cis-gender men’s.

Owing to the advent of brain imaging technology (Magnetic Resonance Imaging/MRI) in the early 1990s, it has become possible to examine the brain structure and brain function of humans in-vivo (i.e. within the living). Since then, MRI studies in transgender persons have been slowly increasing.

Although study samples continue to be small, the findings – very cautiously – tend to suggest that transgender persons’ brain structures show more similarities to brains of people of the same biological sex than to those (cisgender people) whose gender they identify with. However, this depends heavily on the examined brain region, with some brain areas corresponding more to felt gender identity.

In comparison to structural research, findings from functional brain imaging research (fMRI) have pointed more towards the similarity of transgender people’s brain activity to that of their self-identified gender, an effect that seems to start with puberty. These functional studies examined “sex-stereotypical” tasks that are hypothesized to differ between the sexes, including spatial and language abilities.

According to the authors of the review paper, future research will need to aim to recruit larger study groups and also examine other factors including culture, sexual orientation, or the influence of hormones. Thus, the search for a “brain gender” continues. 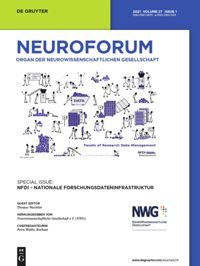