Russia’s war against Ukraine has caused civilian casualties and the destruction of civil infrastructure, forcing local populations to flee their homes and seek safety, protection and assistance abroad. Many scientists and researchers are among the more than six million refugees from Ukraine who have sought refuge in countries throughout Europe, and among the more than 900,000 that have reached Germany.

According to a survey of 2,173 respondents conducted as part of the “Ukrainian Science Reload” project in midsummer 2022, 14.7% of researchers in Ukraine had relocated abroad. Most of these researchers are women. And the task that is now falling on their shoulders is not only to continue their research but also to represent Ukrainian science in Europe.

The European scientific community, as well as diverse foundations, institutions, and universities, have mobilized rapidly to support Ukrainian researchers at every level and enable them to continue their research in the countries where they are temporary residents. Germany, for example, has provided many opportunities for Ukrainian scientists who have fled their country.

According to data compiled by the UNESCO Institute for Statistics (UIS), before the Covid-19 pandemic 29.3% of the world’s researchers were women. The percentage of women involved in research and development varied by region. In Europe this percentage ranged from 25.8% (Netherlands) to 52.3% (North Macedonia). The average for central and eastern Europe was 40%. In Ukraine, 44.7% of the total number of researchers were women.

Although more and more women are entering universities today, few of them are pursuing careers in science. The pitfalls women may face when they are choosing a career range from prevailing social stereotypes to family responsibilities.

Women scientists tend to work in the academic and government sectors, while men dominate the private research sector, which offers higher salaries and better career opportunities.

In most countries, women choose social sciences as their field of scientific interest, and there are still very few women in the areas of engineering and technology.

Women in scientific careers clearly face the problem of gender inequality across countries and disciplines. However, Russia’s war against Ukraine has given Ukrainian women scientists an unexpected opportunity that may change this situation slightly. Whereas male scientists remained in Ukraine and many of them joined the national army, many female scientists left for other countries, where they have received temporary asylum and in some cases now have opportunities to continue their research.

Of course, these Ukrainian women researchers are facing many legal and domestic problems, and they also need to adapt to the social environment of the countries where they now reside. Many of them came to Europe together with their children and other relatives, whose problems also need to be solved.

“The process of integration into the European scientific community is quite complicated, and it is obvious that not everyone will be able to navigate it successfully.”

Besides, they are dealing with powerful distractions from their work: fear and uncertainty about the future and constant anxiety about relatives who remained in Ukraine or the occupied territories or joined the Ukrainian army. Personally, right after I wake up, I start looking at the latest news about the war in Ukraine, and during the day I spend every free minute reading the updates on news sites and instant messaging websites. Although I have been living in complete safety in Germany for five months now, nothing has changed in my behavior.

In addition, there are a number of problems directly associated with professional activity. The legislation of some countries imposes fairly high requirements on individuals applying for certain additionally financed positions. More than half of Ukrainian scientists have no experience of participation in international programs and projects, and this means that even writing an application for funding becomes problematic for them. They also face difficulties when they need to prove their proficiency in foreign languages. Moreover, they are discovering that many progressive and original research fields have simply not been represented in Ukraine to date, even in the traditionally strong natural and technical sciences.

As a result, the process of integration into the European scientific community is quite complicated, and it is obvious that not everyone will be able to navigate it successfully.

Nonetheless, the prospect of doing scientific research in Europe offers new perspectives and opens up a window of opportunity for Ukrainian women scientists. They can now present to the European scientific community the results of their own research as well as the achievements of Ukrainian science, which were previously unknown in the West because of the language barrier.

They can get to know their colleagues from many countries, share ideas, and join many fields of scientific discourse. These processes are being facilitated by the organization of various joint conferences, workshops, and discussions and by the development of research networks.

“The integration of Ukrainian researchers into European scholarship will help to broaden the horizon of research on eastern European topics.”

The integration of Ukrainian researchers into European scholarship will help to broaden the horizon of research on eastern European topics. Before the present war began, this area of research was dominated by the study of Russia, and regional studies of Soviet and post-Soviet history were marginalized.

For Ukrainian women in general, not only women scientists, it will be useful to study the direct experience of many aspects of sustainable development in Europe, especially in the fields of energy-saving technologies, separate waste disposal and recycling, environmentally oriented behaviour, public participation in decision-making, and transparency at the various levels of government. After the end of the war many women will return to Ukraine, where they will be able to put to use the experiences they have gained in Europe.

Clearly, assistance to Ukrainian women scientists and their integration into the European scientific community is a process that is mutually beneficial for Europe and Ukraine alike. 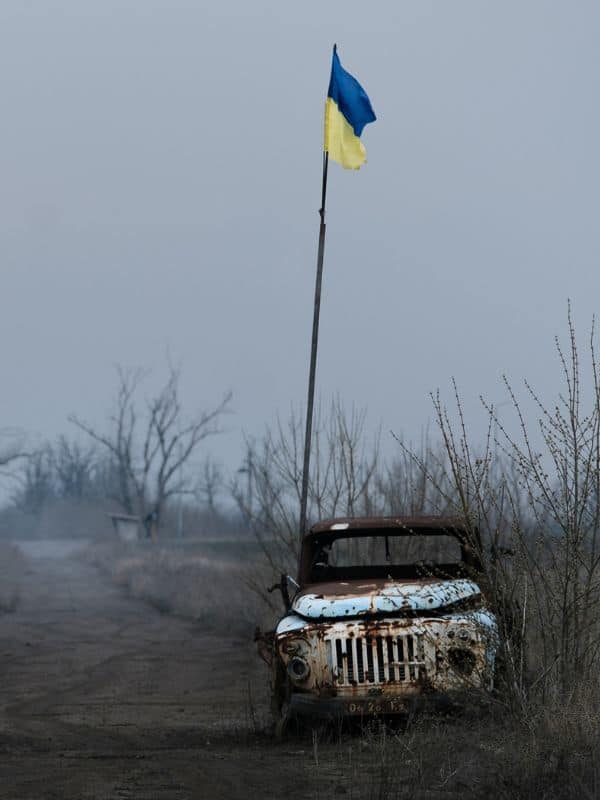 Tetiana PergaEcocide in Ukraine: How Russia’s War Will Poison the Country (and Europe) for Decades to ComeIn three months, Russia’s war has caused unprecedented damage to the Ukrainian people and environment. But the effects of this environmental catastrophe will not stop at Ukraine’s borders. Is Europe facing a new Chernobyl?