On July 11th 2021, Virgin Galactic founder, billionaire and self-declared new space tourism pioneer Richard Branson staged the first commercial flight of his company’s supersonic space-plane Unity – with Branson aboard himself and thus upstaging Amazon founder Jeff Bezos‘ own flight by just a few days. Virgin Galactic lauded the perfectly orchestrated performance as following the path of the Apollo missions, while also heralding a new and invigorated phase of space exploration – this time with commercial flights and space tourism leading the way.

Branson and the other so-called New Space Entrepreneurs, Elon Musk and Jeff Bezos, might be competitors in their private race to space, yet all of them are deeply invested in surrounding their private enterprises with a shared narrative of a utopian future for humanity in outer space, and even as much as humanity‘s survival in face of climate change on Earth, by way of becoming a multiplanetary species.

For the most part that story isn’t new, of course. The idea that entering and colonizing outer space provides a unifying experience for humanity has been popularized by science-fiction for quite a while now – a tune that many planetary scientists, by the way, have happily sung along with. What has changed is that in the latest version of that popular narrative, the only path leading towards utopia goes through a privatized space industry.

Yet in spite of allegedly pointing the way into a better, more just, and more sustainable future for humanity, most of these imaginaries tend to wrap their visions into the rather stale and very earthly language of discovery and exploration, of new frontiers, terra nullius (“nobody’s land“), and of colonization – imageries and terms which have and continue to justify removal, extraction, exploitation and genocide.

The billionaires’ space race is no exception to that rule: the quote that marked Branson’s entry into sub-orbital height – “Today space is Virgin territory“ –  is not just a clever pun on the company’s name, but also revealingly invokes the misogynist and colonial notions of “untouched“ land and people that are ready for the taking. These notions have served Euro-American empires for centuries as justification for brutally claiming new territories and racially hierarchizing their population.

But what’s the harm, one might ask, in rehashing these concepts in context of the exploration of outer space? With no Indigenous population (that we know of) that can be removed, no pre-colonial civilization in the way of Earth’s future colonies on Moon and Mars, isn’t space colonialism something truly new, completely divorced from the history of terrestrial colonialism? Branson, Musk and Bezos would most certainly agree.

“Contrary to what the private space industry (and national space agencies, for that matter) wants us to believe, the exploration and colonization of outer space is a very terrestrial undertaking.”

The question ignores the fact that contrary to what the private space industry (and national space agencies, for that matter) wants us to believe, the exploration and colonization of outer space is a very terrestrial undertaking. Steeped in capitalism – a system that Branson, Musk and Bezos have mastered and thrived in – and the geopolitical stratagems of Earth’s nation-states, space exploration today is not so much driven by changing humanity as it goes into space, but rather by changing outer space to make it fit into the logics of profit and territorial control on Earth.

And we are in the thick of it: Branson’s latest attempt to establish space travel as a new branch of the tourism industry is just one of many recent steps – including the establishment of US Space Force, the ratification of the Artemis Accords, and the signing on of Musk’s SpaceX as a contractor for NASA – to make outer space safe for capitalism. The point of the performative character of the billionaires’ space race, the images of grandeur and individualism, the bells and whistles, its alleged subscription to a more just future for humanity, is to distract, then. It is a shiny packaging that wraps-up and obscures the mundane fact that if colonizing outer space is allegedly about fundamentally changing societally structures that govern Earth and humanity, the New Space Entrepreneurs are certainly not the ones to bring about that change – it would simply be against their self-interest.

“Their vision of humanity in space is designed for the few and wealthy, and built on the back of the many.”

In Earth’s past and present, the colonial language of virgin land and terra nullius served to obscure the human cost of colonization by dehumanizing colonized peoples. Space exploration, as imagined by Branson, Musk and Bezos, also has a cost. The wealth that all three of them have acquired through their business ventures, which puts them into the position to reach for the stars (and greater profits), builds on unleashed neoliberalism, capitalist exploitation, and, overall, less-than altruistic business models. Their vision of humanity in space is likewise designed for the few and wealthy, and built on the back of the many.

And the cost could increase even further. While all of humanity is facing the unprecedented threat of climate change, which urges us to find sustainable solutions fast, Elon Musk and others offer us the seemingly quick fix of abandoning Earth altogether and to weather out the storm on Mars. In spite of being completely unfeasible from a scientific standpoint, the idea has still gained traction among technoliberalists, and is thus withdrawing attention and resources from communities mostly in the Global South for whom climate change is not a threat in the distant future.

In addition, the noise and smoke created by the hyper-masculine performances of Branson, Musk and Bezos block our view of the tangible benefits that space exploration has to offer and that we should readily invest in. Current Mars exploration projects, for example, offer insights into how atmospheric changes impact planetary climates – information that could prove invaluable in our battle against climate change on Earth.

All of this is a reminder that we should not abandon the idea altogether that space exploration can offer us new and vital insights. Space exploration is, however, not going to magically change humanity or how we live. If we want to continue to hope that space exploration will fulfill the promise of a better future for humanity, changing our perspectives on life on Earth must come first.

Want to learn more about the technical side of space travel? 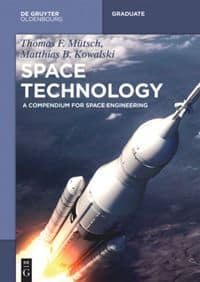 Jens Temmen is an assistant professor for American Literature and Culture at Heinrich-Heine University Düsseldorf (Germany). Using an ecocritical and posthuman studies lens, his research focuses on narratives of Mars colonization in the North American context. You can follow him on Twitter @JensTemmen.