The Roma are a large and heterogeneous diaspora. Having migrated from the Indian subcontinent in the eleventh century and then dispersed into multiple countries across Europe, they have been subject to persecution and enslavement and dispossessed through a spatial order that manifests itself in border controls, immigration legislations, internal hierarchies of citizenship and property rights.

The Roma’s distinctive cultural identity and resistance to assimilation, patterns of migration predicated on labour routes, and ongoing segregation and exclusion from dominant cultures, have led to the exoticization and vilification of the Roma as ‘nomadic’ peoples. For decades, the media has been depicting the Roma’s alleged nomadic behaviour both as a dangerous criminal pathology risking the security of the nation-state and as a manifestation of an ahistorical, romantic, wandering outlaw stereotype.

This nomadic myth has enabled regimes of power to pass legislation that prohibits Romany groups from stopping anywhere, thus enacting a grid of belonging that seemingly exorcizes the Roma, constructing this minority group as those who simply cannot fit.

roma communities across europe and beyond

A report by the Institute for Public Policy Research into the implications of Brexit for Roma communities found that the group faced a “triple whammy of challenges” following June’s referendum on Britain’s membership of the EU. In addition, the introduction of Public Space Protection Orders in 2014 has meant that native Gypsy and Traveller communities face an even more extensive imposition of prohibitions on how to use and gain access to space. This prohibition engages article 8 of the Convention in the guidance (the right to respect for private and family life and home) and establishes the notion of certain places which are out of bounds to some members of the community.

In France, a series of forced evictions have expelled over 11,000 Romani people in 2016 alone, in so called “evacuations” which are less about moving families to safety than into further situations of vulnerability in slums or onto the street. In Italy, a state of what the European Roma Rights Centre calls undeclared apartheid exists for the Romani people, resulting in forced evictions, housing discrimination and inadequate housing conditions. Outside of Europe, similar practices of racial profiling and prohibition of access to space have been identified in Canada, for example, where restrictions against migrants with Roma ethnicity have been put in place by consecutive governments.

The word patrìn means “leaf”, “paper”, and  “trail sign” in Romany. In his poem Patrìn (from the collection The Invisible Kings), English poet and critic David Morley highlights the concept of space as that which is produced, marked and bound through the use of alliteration. The poem also emphasizes the double meaning of patrìn as both a means to mark the direction of travel as well as a form of communication between Roma “for passing on news”, “using prearranged forms, patterns”, “or permutations”. Morley’s use of enjambment establishes the sense of a continuing journey without end. Yet the physical shape of the poem on the page replicates the image of two leaves, isolated, defined and contained against the blank white space of the background.

yet it also means a leaf

or permutations of these

Bark-binds used for passing on news,

often grids of branches or leaf-twists

that tell others of their direction.

The marker used by Roma:

The repetition and reversal of the phrases referring to “prearranged forms, patterns” and the “marker used by Roma: pyatrin, or sikaimasko, or pateran” across the two stanzas creates a mirroring affect in which the poem itself also can be said to take shape as the imprint of a leaf form, reflecting a definitive delineation of temporal location – a “leaf-twist” here, a “grid” of cartographical emplacement replicated in perpetuity on the page.

At the same time, the poem can be read as an indication of transience, as the recognition that a leaf that can also be “simply, a page”, nature turning in on itself in metamorphosis whilst those who mark it leave only a dialogic echo of their presence. This reading of space as malleable and produced by those rendered outsiders demonstrates a form of belonging to space which does not rely on limited definitions of territorial citizenship to engage with the spaces through which we move.

“Space is always being produced by all of us, not just those with the mandate to demand bigger walls.”

Despite the insidious intrusion of the border and the rhetoric of governments on who gets to have access to certain spaces and who can never belong, those of us who seek to resist this narrative must first argue, in contrast, that space is never fixed, and the spacing of territory is defined through its dynamic exchange of colliding interrelations. It is always being produced by all of us, not just those with the mandate to demand bigger walls or insist upon punitive treatment for those defined as strangers or outsiders.

To read space through this particular lens forces us to rethink how legal space is effectively framed, and deconstructs its neutrality as a fiction of non-belonging. The conceptual interpretation of space in an era of regressive border incursions into all kinds of everyday spaces challenges these restrictive definitions of exclusionary spaces of belonging, asking instead how all of us shape, mark and reinvent the spaces we are in today. 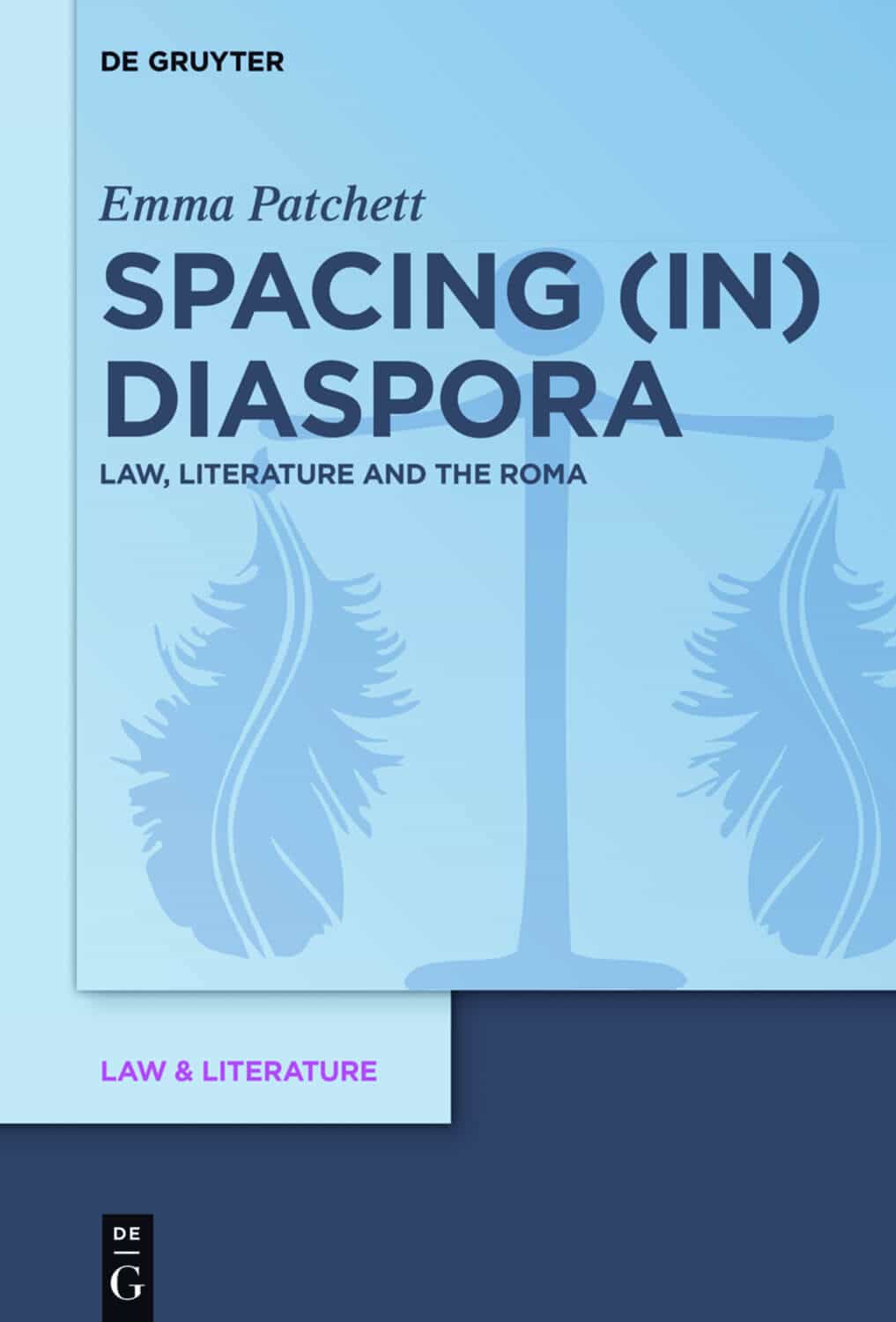 Emma is a Research Fellow at the Käthe Hamburger Kolleg “Recht als Kultur” in Bonn. Her postdoctoral research focuses on European spatial imaginaries and minority legal cultures. Her doctoral research explored legal spatiality in the context of the contemporary literature of the Roma diaspora. She has most recently co-edited a volume of essays entitled Spatial Justice and Diaspora with Sarah Keenan.