This text was previously published in the “Frankfurter Allgemeine Zeitung” on November 7, 2018. It has been slightly revised for this publication.

Goethe as the national poet of the United States? Looking at the organizing committee of the “Goethe Bicentennial Convocation” held in Aspen, Colorado in 1949, one can hardly avoid this impression. According to an information brochure, “a grouping of the nation’s outstanding citizens from business, industry, education, the professions, government, music and letters” had been brought together to plan the festivities for the great Goethe anniversary – “men and women sympathetic to the intellectual and cultural requirements of the world community.” At the top: former American President Herbert C. Hoover, Nobel Prize winner Thomas Mann, as well as Robert M. Hutchins, Chancellor of the University of Chicago, where the conference was essentially conceived.

The American fascination with Goethe does not simply arise from the will to cultivate humanistic traditions. Rather, an intellectual proximity between the United States and Goethe can be discerned. This is expressed in a radio conversation between Hutchins and the theologian Reinhold Niebuhr, around the time of the 1949 anniversary. Among other things, the discussion focused on an essential quality of Goethe’s life and thought. Niebuhr: “Perhaps that is his real greatness – that he wants a universal form of life, which does not annul the independence of the individual, the uniqueness, and the spontaneous goodness of any particular part in a world culture. I do not know that anybody has ever combined these two emphases better than he has.” Hutchins: “The whole and the parts.” Niebuhr: “The whole and the parts.”

During this part of the conversation, Goethe appears almost as a personification of the great American promise “E pluribus unum.” But what exactly is Niebuhr on about? He reflects on the independence of the individual, which is integrated into an overall context without at the same time being sublated in it. The formulation is fuzzy enough to be understood both as an individual educational concept and as a global idea of society – and therefore not least as a commentary on the world situation in 1949: In the equitable relation between the parts and the whole, the individual and the community, the discussants see a Western alternative concept to the Soviet-style image of man and society. In this view, Goethe becomes a representative of Cold War Literature.

This historically unencumbered view of Goethe after 1945 may seem surprising, especially from a German perspective. The literary scholar Ernst Osterkamp, for example, critically points out the “inability” of the Aspen participants “to discuss the question of whether the humanistic tradition was damaged by the breach of civilization between 1933 and 1945.” We should not, however, disregard the context of the conference: Hutchins and Niebuhr refer to a genuinely American reception of Goethe that reaches far back into the nineteenth century, into the age of Ralph Waldo Emerson, Margaret Fuller, and Theodore Parker.

In his writings Emerson repeatedly refers to the idea of the “collective” that Goethe developed in his later work. Goethe uses the term for phenomena that are “heterogeneous, consisting of individual elements, parts,” but at the same time “completely intertwined into a unity,” in the sense of an “association of the most disparate detail” (as the Goethe-Wörterbuch explains). For Emerson, this idea was relevant in several respects: Given the inevitable dependence of the United States on the philosophies, literatures, and sciences of the European world, how could one even think of something like a consistent, genuine American culture? Emerson transforms Goethe’s idea of the collective into the American cultural principle par excellence by declaring the diverse and composite to be a positive value: “Our knowledge is the amassed thought and experience of innumerable minds: our language, our science, our religion, our opinions, our fancies we inherited. Our country, customs, laws, our ambitions, and our notions of fit and fair, – all these we never made, we found them ready-made; we but quote them.”

“My work is an aggregation of beings taken from the whole of nature; it bears the name of Goethe.”

Convinced that literary texts and the social order should have a complementary relationship, Emerson also raises the question of genuine American poetics. A sentence uttered by Goethe in a conversation shortly before his death can be found several times in Emerson’s essays and lectures: “Every one of my writings has been furnished to me by a thousand different persons, a thousand things: wise and foolish have brought me, without suspecting it, the offering of their thoughts, faculties, and experiences. My work is an aggregation of beings taken from the whole of nature; it bears the name of Goethe.” What Goethe sketches here is a poetics of elasticity that enables the accommodation of diversity without giving up the claim of unity. Accordingly, Emerson’s great essay “Goethe, or, the Writer” is a call to the writers of the United States to succeed the German author. And this call was answered above all by one particular writer, whose most dazzling verse clearly reflects Goethe’s idea of a collective self: “I am large,” Walt Whitman states in his “Song of Myself,” and: “I contain multitudes.” But this idea of authorship and poetics still resonates today, especially in the case of Bob Dylan, who attributes the catalogue-like poetics of his late works to Whitman (explicitly on his latest album Rough and Rowdy Ways, 2020).

The transatlantic adaptation of the “collective” is less far-fetched than it might at first seem. In Goethe’s late novel Wilhelm Meister’s Journeyman Years, for example, emigration to America is a central motif – and the name of one of its main characters has a symbolic quality: If the order of the letters is reversed, the name “Makarie” becomes: “Amerika.” The narrator describes the character with sympathy and admiration: “The relationship to Makarie of all these persons passing through was marked by trust and respect; all felt the presence of a higher being, yet in her presence there remained to each the freedom to appear according to his own nature. Everyone shows himself as he is, more so than he ever did towards parents and friends, and with a certain confidence, for he was lured and encouraged to manifest only what was good, was best, in himself, for which reason well-nigh general satisfaction reigned.” Concepts of sociality (“all felt the present”) and individuality (“according to his own nature”) are brought together in this passage. But how exactly? Makarie’s characterization is concerned with the relationship between “the whole and the parts,” which Niebuhr also addresses, i.e. the idea of a social unit that does not oppose the individual, but seems to enhance it.

The American character of this social ideal can be derived not only from his late novel, but also from a lesser-known passage in Goethe’s aphorism collection Maxims and Reflections: “In New York there are ninety different Christian confessions, each and all acknowledge God and the Lord in their own particular way without really being at loggerheads with one another. We must get as far as that in nature study and indeed in every branch of research; for what sense is there in everybody talking about liberal attitudes and yet wanting to prevent others from thinking in their own way and having their own say?” The diversity of “Christian confessions” in the rapidly prospering city on the Hudson River does not call social unity into question; on the contrary, an astonishing state of social togetherness has been achieved here: “without really being at loggerheads with one another.” This in turn is attributed by Goethe to a “liberal attitude,” which should now also be striven for in the secular realm, namely as open-minded research. For Goethe, New York is a collective phenomenon that could and should serve as a model for other areas of social life beyond the American context.

“For Goethe, the compendium is a book in which the manifold and the particulars are put together and at the same time linked together as a whole.”

But Goethe does not stop at reflecting on the collective as a social principle, but extends his considerations, like Emerson after him, to the field of poetics: The Journeyman Years are a work “that announces itself as collective,” he writes in a letter. This is clearly expressed in the aphoristic appendix of the novel, entitled “From Makarie’s Archives”: “The sciences on the whole are always moving away from life and return to it only by detour. / For they are actually compendia of life; they bring outer and inner experiences together into a general picture.” For Goethe, the core term of these sentences, the ‘compendium,’ is closely related to the concept of the collective. For him, the compendium is a book in which the manifold and the particulars are placed alongside one another and at the same time linked together as a whole. The individual does not get lost in the whole or even dissolve into it, but on the contrary, it first comes into its own. What Makarie embodies as a person in intellectual and social terms, finds its aesthetic counterpart in Makarie’s archive – and therefore in his Goethe’s novel itself.

The poetic text is for Goethe both at the same time: a form of expression and a medium of reflection on the collective as a basic social and aesthetic problem. What Emerson placed at the centre of his conception of American culture and literature, what Whitman reflects in his self-characterization as a “multitude” and which still resonates in Hutchins and Niebuhr – basically all this is already in place with Goethe, indeed it only needed to be put together. Above all, it becomes clear that the reconstruction of the collective is at the same time an intellectual history of the “Open Society” (Karl Popper), understood as a social and political community of the many and the different. It is an idea that has not lost its explosiveness and relevance to this day. 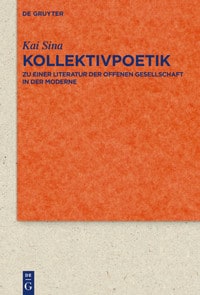 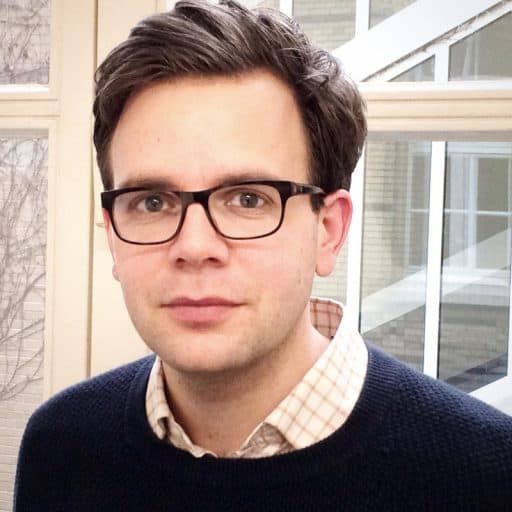 Kai Sina is professor of German and Comparative Literature at the University of Münster. His research is primarily focused on Transatlantic Literary History.