Linguistic archeology and the granularity of language change

De Gruyter Mouton: Why are you interested in dead languages?

Gerd Carling: Well, it’s the mystery of the unknown, somehow. I don’t know, it’s a little bit like linguistic archeology, because you see, you want to know what’s in these texts, who are these people, what were their thoughts and beliefs and what did they talk about. Also, of course, very much the code-cracking of their languages, that’s quite a thrill when you succeed eventually. Because often in dead languages, if they are not well known, it can be very tricky to understand what’s in the text.

“The code-cracking of dead languages – that’s quite a thrill when you succeed eventually.”

Gerd Carling: The project that I’m working on now with Mouton is a very special project. It’s like a linguistic atlas, but it’s not just an atlas, it’s also something that prepares data for all kinds of statistical testing. It takes a certain amount of data, we have about 120 grammatical categories and about 100 words, plus basic vocabulary of course, and then we compile data from many languages and we put that together. We make large data sets, which are comparable. The Mouton project is to map that out in space to see how different categories spread geographically, how they map in space, and what’s the difference. The interest is to capture the granularity of language change, but in space.

It’s a book and it’s going to have lots of maps, and the maps are fun to watch. You know, because what you see when you look at language change in that perspective is that some languages are huge, some are very small, and some features occupy very large territories and some features are very consistent, also in time. Part of the project, an important part of the project, is to collect also ancient data from dead languages. So first there is a map with the living languages and then there is a map with the dead languages, and then you can see the consistency of certain features in space and in time. That’s interesting, it’s very fun just to look at.

Gerd Carling: I don’t think that’s a very hard question. To me, it’s always Tocharian. It has all the qualifications to be the perfect language: It’s dead, it’s small, it’s very weird, and it doesn’t have a pure typology or morphology or anything. Everything is completely mixed up, and it’s very difficult and yeah, so that’s the perfect language, Tocharian, that’s the answer.

It’s interesting because it’s really the unknown, it’s like the moon, it’s something that’s on a different planet or in a different time. So that’s why, but it also has some connotations to other languages as well, I mean when you see the connections, if you see something that is so distant and so out, so far away, but you still see the connections to the languages that you know well, like English and German or so forth, then it’s interesting. That makes it interesting.

De Gruyter Mouton: What can we learn from linguistic research?

Gerd Carling: I think that it has a very strict methodology. In particular, comparative linguistics, but also general linguistics, and that methodology – at least to us linguists – works very well, and it means that the results you receive from linguistic research have a high certainty and high reliability. That’s why it’s also relevant to other disciplines – I know a bit about like, archeology, also history. If you have a culture with non-written sources and then compare it to a culture with written sources, the amount of knowledge in the written culture’s society is a lot higher. That’s because of the methodology of linguistics. It’s easier to get certain knowledge about things in the past when you have language and that’s why I think language matters, even though it’s probably boring to outsiders. I mean, grammar, what’s the purpose of studying grammar of dead languages? That would be my response: it matters because it’s important, because it has a very good methodology.

De Gruyter Mouton: Can linguistic research help tackle some of the big challenges in our societies today?

Gerd Carling: Think about culture. When you think about culture, the first thing that comes to your mind is something that is a label that is linguistic. You say “American culture” or “English culture” and that’s a concept. But what defines that, that is the English language. That’s the most important criterion – and that goes for everything, whether it’s a very small society with 80 speakers or 200 speakers, or whether it’s German or English. It doesn’t matter whether it (the language) is big or small, the label you put on to a culture is defined by language and that’s why language is important and, of course, the study of language, too. So, it goes for many things, as we talk about languages, different types of languages, and the value of preserving languages of course, no matter how small they are. I think there are many lessons, I mean if you want to talk about lessons, to learn from linguistics also about culture.

(Ed.) Carling, Gerd The Mouton Atlas of Languages and Cultures 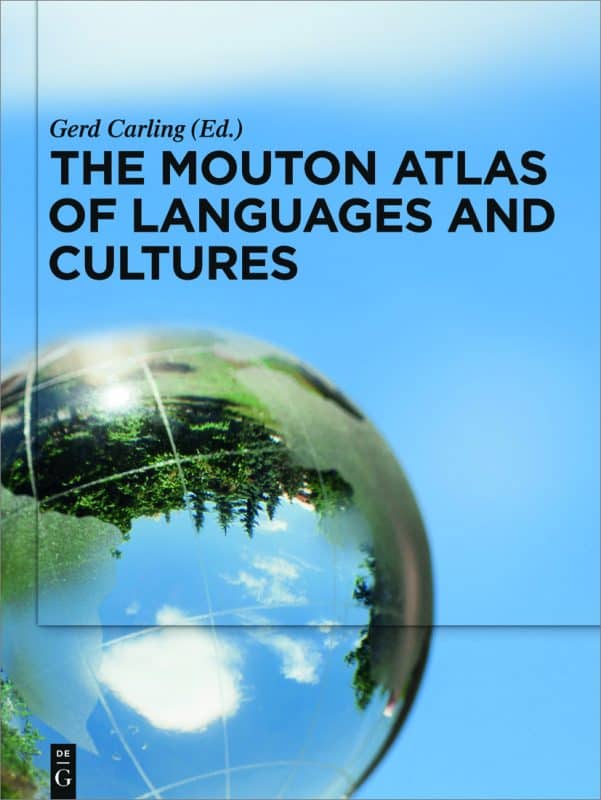