Imagine suffering a painful and debilitating medical condition for years, but those around you tell you it’s normal. When you finally decide to visit a doctor, they don’t take you seriously. This is the experience of many women with endometriosis, according to the results of a recent focus group study.

A new study published in De Gruyter’s journal Diagnosis investigated the factors affecting endometriosis diagnosis. The study, entitled Strengths and weaknesses in the diagnostic process of endometriosis from the patients’ perspective: a focus group study, was led by researchers at Radboud University Medical Center in the Netherlands. The stories of the focus group participants suggest that a lack of knowledge and understanding about the condition, from patients themselves, relatives and doctors, all contribute to significant delays in diagnosis.

Endometriosis is one of the most common gynecologic conditions, with symptoms including pelvic pain, infertility, painful periods, and pain during sex. These debilitating symptoms often lead to decreased quality of life and productivity. Most research on endometriosis to date has focused on developing new treatments and mechanistic understanding. While this is helpful, one of the major issues experienced by patients is the delay in getting a diagnosis, which remains understudied.

To address this, these researchers asked women with endometriosis to attend focus groups to discuss how they obtained their diagnosis. Strikingly, the women reported that the average time from the onset of symptoms to diagnosis was 8.5 years. That’s a long time to experience distressing symptoms without help or acknowledgment.

Why so long? The women highlighted a few key reasons. The first was a lack of knowledge about menstruation and endometriosis. Some women thought their symptoms were part of normal menstruation and some were told by relatives, particularly their mothers, that their symptoms were normal and that they would have to learn to live with them. In some cases, participants suspected that their mothers also had undiagnosed endometriosis and had normalized the debilitating symptoms.

Another major issue arose when women finally visited their doctor to report their symptoms. In many cases, doctors failed to recognize common symptoms of endometriosis and some referred women to the wrong medical specialty or provided inappropriate or intermittent treatment. Many of the women felt that doctors did not take them seriously and dismissed their symptoms.

The women suggested that increasing awareness of endometriosis among the public and the medical profession would improve the diagnostic journey for women with the condition. They also expressed the need to be taken seriously and acknowledged by doctors and relatives when they divulged their symptoms. 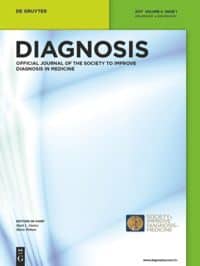