On June 10th, the French president Emmanuel Macron announced the ‘progressive disengagement’ of the French military mission Barkhane in the Sahel and Sahara, following the latest coup d’état in Mali, on May 24th. French troops have been active on the ground in northern Mali since January 2012, when the then Malian government had asked them for help to deal with northern separatists, some of whom were fighting under an Islamist banner. Ten years later, Macron’s announcement came amidst mounting criticism, both in France and in the Sahel, of what has turned out to be France’s largest foreign deployment since Algeria’s war of independence.

Yet far from indicating a change of French policy towards its former African empire, the end of Barkhane seems mostly a formality. French soldiers will, according to Macron, still spend many years in the region to ‘form the backbone of an international alliance to fight international terrorism’. Earlier this year, the depth of French involvement in the region had been shown clearly following the unexpected demise of Chad’s late president Idriss Déby on April 18th. The latter, was, unconstitutionally and with full French support – including that of the French soldiers permanently stationed in the country – replaced by his son, Chadian army general Mahamat.

Criticism of France’s military involvement in the region, its endorsement of unpopular military regimes, and the growing militarisation of the region, are usually waved aside with reference to the threat of ‘global Islamic jihad’. But what does this phrase actually mean? There can be no doubt that the region is in the throes of violent conflicts, but how global and how Islamic are these?

There is a tendency in European media reports and public rhetoric to portray regional jihadis as inherently foreign, as a force that works by ‘corrupting’ formerly more ‘tolerant’ forms of Islam in the region. To correct this view, social scientists more familiar with the area have argued that militant Islamic rhetoric is often just a façade of struggles that are better understood as local. As such, they have a long and complex history in the area – one that will certainly not be solved by foreign military intervention.

What looks like an ideological clash between jihadis and others is in many cases yet another episode in longstanding struggles between herders and farmers over access to land, or between formerly high- and low-ranking groups vying for status. Also, within a political landscape that has become infused with violence, the presence both of armed jihadis and foreign militaries means that people quite simply have to choose their camp, whether they want to or not. They do this mostly based on tactical rather than ideological decisions, going to those who seem to be most able and willing to offer lasting protection.

As true as these explanations are, they leave one to wonder whether it is really possible to distinguish quite so cleanly between ‘tactics’ and ‘ideology’, ‘politics’ and ‘religion’. To say that current conflicts are locally motivated does not mean that Islamic notions of justice and ideal social order do not also play a role – in fact, it is difficult to imagine a ‘global jihad’ that would not also have some grounding in local experience and hostilities. These are all areas that have long been Muslim, and in which, over the last decades, Islamic language has increasingly pervaded public rhetoric, in the current conflict zones and beyond.

Islam is thus neither an irresistible motivating force to pick up arms – the vast majority of Muslims in the area do not fight. Nor is it merely an ideological façade, but rather an often deeply held commitment that includes personal piety but also a yearning for social justice and dignity, which in the current Sahel is all too often flouted. In such a context, ‘waging war on Islam’, as the French and their allies are all too easily be perceived as doing, is just not a solution. 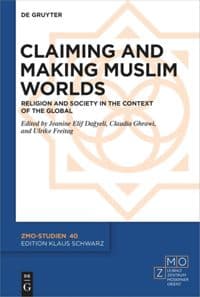 Judith Scheele is a social anthropologist with a special interest in the Sahara and neighbouring areas. She is based at the École des hautes études en sciences sociales (EHESS) in Marseille, France.