Attractive, healthy, and athletic – even in old age – certainly, a case of good genes, many of us would say. Or should we not? For Prof. Dr. Claus-Christian Carbon from the University of Bamberg, it’s the term’s darker subtext that overshadows the compliment.

We talked with the Psychology professor about the concept of having “good” genes, its inglorious past in eugenics and the associative power of words.

De Gruyter: What’s wrong with the idea of “good genes”?

Claus-Christian Carbon: “Good” genes implies that genes can have a moral dimension, but they haven’t. If you state “good genes”, you also have to say something about “bad genes” and this means: which ones are more valued? The consequences about these thoughts are toxic as they easily lead to eugenics, to selection of humans, in the bitter end, even to the labelling of unworthy to live. This is dangerous in many respects.

DG: Where does the concept of “good genes” come from and how has its usage evolved over time?

CCC: When digging deeper into the roots of the term, I came up with theoretical considerations about eugenics and the very real outcome of this program leading to mass sterilisation and even mass-murdering—at the very final end, even identifying the holocaust as being built upon the fundaments of eugenics. Many of the celebrated figures of stochastic theory and statistics were strongly involved and even made programmatic writings on eugenics: Francis Galton, Ronald Fisher, and Karl Pearson. They were very influential in this time regarding eugenics with very harsh consequences for establishing a system of beliefs which made systematic crimes against people with “bad genes” possible.

Former US-President Donald Trump has also been known for frequently referring to his own genetic superiority. Here he praises the “good genes” of an almost all-white audience at a rally in Minnesota. According to Claus-Christian Carbon, “Such statements are not made accidentally, but they are explicitly used to refer to an ideology of supremacy.”

DG: How frequently is the concept of having good genes used in science today?

CCC: It is still a very actively used term and concept is psychology and biology, mainly when researchers aim to explain what the core value of attractiveness is. So, the concept has not yet been abolished but is used in recent publications, too.

DG: What would you respond to cognitive scientist Steven Pinker, who tweeted that “[T]he prissy banning of words by academics should be resisted. It dumbs down understanding of language: word meanings are conventions, not spells with magical powers …”? [Referring to critique of the term “quantum supremacy” because of alleged racist and colonialist overtones.)

CCC: Steven Pinker, being a cognitive psychologist himself, does not argue very psychologically based — as he makes believe that we can ignore the associative power of words — this is not magic but one of the most fundamental principles of psychology. Gustav Fechner, probably being the first (modern) cognitive psychologist in world history, laid the theoretical foundation of the so-called Association Principle already in the year 1866. He made clear that we do not cognitively process merely the meaning by convention but the personal meaning we assign by our associations, which are shaped by a learning history. If we hear “good” we will always associate “worthy” and we will also think of something in contrast, here “bad” or “unworthy”. This is empirical fact not magic.

Learn more in this related article 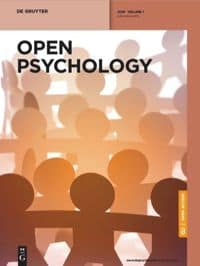