For many years, developed countries have benefitted from the emissions of greenhouse gases at the expense of developing countries, raising questions about their “fair share” of the global effort to combat climate change.

Quantified in the global carbon budget, there is a limit on the amount of greenhouse gases currently permitted to be released. It indicates the remaining permissible greenhouse gas emissions compatible with keeping the global average temperature below 2 ºC above pre-industrial levels (with ambition to not exceed 1.5 ºC), as stated in the Paris Agreement. Besides that, a variety of measures are required from countries around the world to adjust to climate change and its adverse effects, such as building coastal defences against the effects of sea-level rise, constructing irrigation systems to counteract severe droughts or providing sufficient resources to offset the more rapid spread of infectious diseases.

Complying with these climatic duties will be burdensome, with some projects and long-term plans sacrificed for the sake of people’s well-being in the future. This brings us to one of the most relevant questions in climate justice: how should climate mitigation and adaptation duties be globally distributed?

The Idea of Unjust Enrichment

It is often argued that countries that have emitted more greenhouse gases should also bear more significant mitigation and adaptation duties, as there is a strong correlation between the level of historical emissions and present-day benefits. For instance, Western Europe and the United States, which enjoy some of the highest levels of well-being, are responsible for more than 45% of global historical emissions from the industrial revolution to 2015.

Despite this correlation, what is wrong – one might ask – in benefitting from historical emissions? There seems to be nothing objectionable in benefitting from infrastructure, parks, pipelines, sewers, electrical and gas networks, railways, streets, and health and educational systems that have been built – at least in part – through past emission-generating activities.

“The basic idea of unjust enrichment is that no one should benefit at the expense of others. ”

Enjoying the benefits from historical emissions may become objectionable when they constitute unjust enrichment. With roots in Roman law, the basic idea of unjust enrichment is that no one should benefit at the expense of others. Actions against unjust enrichment seek to reverse transactions or transfers of goods that are defective for some reason. Importantly, for enrichment to be unjust, it must be obtained at another party’s expense. An example would be one party mistakenly paying a debt to another twice. In this case, benefit and harm are causally linked. There is an action – a mistaken payment – that causes both one party’s benefit and another’s harm.

With the 2 ºC (or 1.5 ºC) target, emissions are a limited resource. Due to the historical emissions of developed countries, there is too little resource left. If developing countries would like to increase the level of well-being of their citizens to a similar level to those of the developed world by releasing the required amount of greenhouse gas emissions, they would have difficulties fulfilling their mitigation and adaptation duties. This means that benefits enjoyed by developed countries that stem from historical emissions could be seen to come at the loss of developing ones.

“Benefits enjoyed by developed countries that stem from historical emissions could be seen to come at the loss of developing ones.”

This climatic unjust enrichment places developed countries as bearers of more significant mitigation and adaptation duties than they would have to bear if historical emissions were not taken into account. As a consequence, these duties should be instantiated by allowing developing countries to have a higher per-capita share of the remaining global carbon budget and more adaptation funds than they should have received had historical emissions not been taken into account. 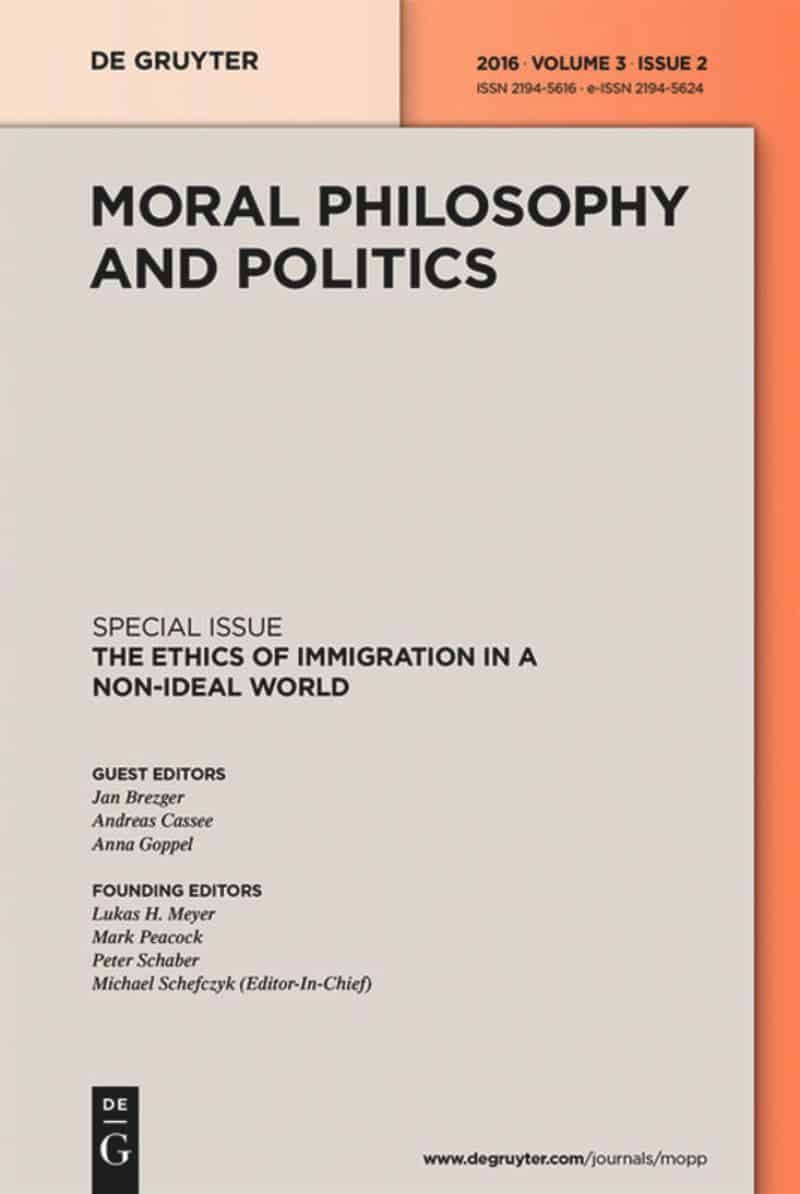 Santiago Truccone-Borgogno is a practical philosopher and legal scholar. His research as postdoc at the University of Graz focuses on climate and intergenerational justice.