People with post-traumatic stress disorder (PTSD) suffer from ongoing fear and anxiety caused by a traumatic event in the past – for example sexual assault or warfare. While there are many treatments for PTSD, such as exposure or behavioral therapy, some studies suggest that these methods can be even more effective when paired with cannabinoids.

In fact, after reviewing the findings from existing research literature on the topic, a group of authors from Saba University in Saba, Caribbean Netherlands have concluded that the positive correlation between cannabinoid use and the management of PTSD simply cannot be ignored anymore.

THC and CBD – the most commonly known chemical compounds in cannabis –  interact with those parts of the brain that are involved in the regulation of sustained fear responses, stress, and hypersensitivity. These parts are typically impaired in people suffering with PTSD.

According to the researchers, patients can “unlearn” fears more effectively in therapy when using cannabinoids. Also, PTSD symptoms, like sleeplessness, daytime flashbacks and nightmares, seem to decrease in comparison with placebo-controlled studies. In some rare cases, the subjects’ symptoms disappeared entirely.

Also encouraging are the minimal side effects of cannabinoids. The most commonly reported ones were dizziness, light-headedness, dry mouth, forgetfulness, and headaches. These symptoms were mild and often well within acceptable levels for the patients. Combining cannabinoids with other fear management techniques seems to be more effective than therapy alone, or even therapy combined with other treatments such as SSRI antidepressants.

“Cannabinoids could potentially help thousands of victims of PTSD who would otherwise have no recourse to control this often disabling ailment”, the authors of the review paper conclude. Therefore, despite the potential risks associated with cannabis use, they consider further research on cannabinoid efficacy for PTSD treatment as warranted.

If you are interested, you can learn more here: 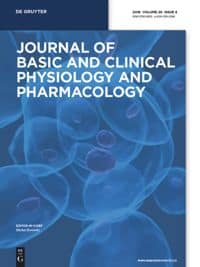