The main character of Oscar Wilde’s famous novel The Picture of Dorian Gray wishes for eternal youth. And his wish is fulfilled: Dorian Gray remains young and exquisitely beautiful, whereas his portrait grows old, bearing the burden of aging, human shortcomings and imperfections. As we know, the story ended badly for Dorian.

In our time, scientific discoveries and new technologies promise to bring us closer to his dream. And no deal with the Devil is needed for doing so: once we understand how to manipulate the building blocks of life as well as the material foundations of our consciousness, emotions and character traits, so the story goes, we will be able to broaden human nature and overcome its inherent limitations such as aging, suffering and cognitive, emotional and moral shortcomings.

“Transhumanists consider human nature to be a malleable potential that is subject to our disposal.”

Transhumanists consider human nature to be a malleable potential that is subject to our disposal. As the term “transhumanism” implies, the aim of this movement is not to preserve the human limitations we are given by nature but to transcend them. According to transhumanists, this is something mankind has always strived for. Think of Prometheus, who brought fire to the people against the will of the ancient gods. Consider Adam and Eve, who did not keep to God’s prescribed order in the Garden of Eden but ate from the tree of knowledge. These mythological stories illustrate the human quest to gain control over nature and improve the conditions of one’s own life.

If we can direct knowledge in our favor, shouldn’t we do so? Who wouldn’t like to live for 130 years without any major physical or cognitive frailties thanks to genetic interventions? Who wouldn’t like to be able to understand complex intellectual problems thanks to a brain-machine interface? Who wouldn’t prefer to stay focused in challenging situations thanks to cognitive and emotional enhancements? For transhumanists it’s clear that genetics, pharmacology, neuroscience, nanotechnology and computer science are crucial disciplines that will help humanity achieve these aims.

These goals sound lofty, but they do not seem to be entirely beyond human reach. Just remember what wonderful progress has been made in the field of medicine thanks to technology and science. Who would have thought 300 years ago that average life expectancy would increase by more than 40 years and that we would be able to transplant organs and make relatively precise prenatal diagnoses? These achievements would have been considered as witchcraft a few centuries ago! Some transhumanists are even more optimistic: They are convinced that we can not only enhance our natural dispositions but even overcome the traditional barrier between humans and gods: death.

Imagine if it were possible to produce a perfect digital copy of yourself. All the information that makes you you could be stored and uploaded to a suitable artificial medium that is not subject to the characteristic processes of biological decay. Call this process “mind-uploading” — a technical process on which transhumanists pin their hopes in order to get closer to the dream of eternal life.

Does this sound completely crazy? Maybe. But consider this: suppose that our consciousness is an “organizational invariant” — i.e. that our consciousness is an informational process that always occurs when the same structures of causal-functional organization are present. If so, a causal-functional isomorphism of the systems involved is at issue, not their material realization. Biological tissue would be just as suitable as silicon or some other stuff. Thus a perfect scan of your consciousness might be enough to secure your continued existence as the required isomorphism between your pre-scanned and post-scanned self is preserved.

The underlying anthropology of such a mind-uploading scenario is reminiscent of the Platonic doctrine of the soul: the non-material soul is trapped in a material body, and a happy existence is therefore only possible once the soul is freed from its bodily limitations.

Plato was criticized for underestimating the importance of the body for our mental life. Aristotle, for instance, defines the soul as the form of a living being. This means that our mental life is not something above and beyond the body but instead an expression of our nature as a specific living organism. In other words, Aristotle sees an inherent interrelatedness between our biological constitution and our mental life.

There are several reasons to follow this Aristotelian thesis. First, we currently know of no other conscious systems besides those that are realized in biological structures, although artificial intelligence systems have achieved remarkable performance. So there might be something to the assumption that it takes a living body to have mental life. A second point connects to this one: evidence suggests that consciousness arises from fundamental biological regulatory processes of the entire organism.

Thirdly, empirical work shows that we are endowed with a body-model that sets limits on the bodily structures compatible with our mode of existence. It is not only necessary to have a body constitutive for consciousness; we also need the right kind of body that corresponds to our body-model. Therefore, not any body will do. Apparently there are narrow limits to what bodily structure can sustain our specific mental life.

No Pilots in the Body

These insights are complemented by a phenomenological perspective. Phenomenology emphasizes that our body is not an instrument that is externally connected to us, which we control from the top down. Rather, it is a constantly present (though not always self-aware) field of our experiences. Our body is the anchor point for our orientation in the world and the manifold ways in which we relate to objects in the world.

“The body constitutes our way of perceiving, understanding and interacting with the world.”

Imagine waking up in the morning like Gregor Samsa in Kafka’s famous novel The Metamorphosis. You discover that you have been changed miraculously into a monstrous bug. In the novel Gregor Samsa was still Gregor Samsa; he could perfectly remember his former life and reflect upon his situation from a human perspective. Only his human body underwent this terrible metamorphosis. Such a transfer of consciousness from one body to a completely different one may be easy to imagine at first glance, but on closer inspection this thought appears to be deeply faulty. Why is this so? Because the body constitutes our way of perceiving, understanding and interacting with the world. A completely different body implies that we perceive things differently and that we can do different things. A human-like and a beetle-like access to reality therefore lead to very different modes of grasping the world.

Finally, we have to keep in mind that we are also essentially social creatures. From the beginning of our existence, we orient ourselves toward others. Our self-image is deeply shaped by interpersonal exchanges. Social communication and our understanding of others is conditioned by the body in crucial ways. Our gestures, facial expressions and intonation are essential to successful social interactions. A hardware that is unable to display these fine-grained modes of expression cannot accommodate the social dimension of human existence. And it is easy to imagine what this would do to our social understanding: autism in its strongest form would probably be the result if we were deprived of the possibility of connecting with others through our bodily expressions.

In sum, we might say that human beings do not relate to their bodies in the same way that pilots relate to their airplanes. Rather, our complex mental life grows out of our bodily constitution and is essentially shaped by it. If this intrinsic connection between embodiment and consciousness is correct, a transfer of consciousness to another, non-biological substitute or even to mere digital space would have a considerable impact on the cognitive and phenomenal aspects of our consciousness. It is likely that such a transfer would mark the end of our personal existence as we know it. At the very least, I am skeptical, and for good reasons, I hope…

In the end, one may wonder whether the vision of mind-uploading is less an expression of well-grounded scientific reasoning than of a secularist-speculative hope for eternal life. This is a hope that we know very well from religious traditions — a hope that now no longer has to be received humbly as a gift from the gods, but instead is to be realized independently thanks to the vision of a bright technical future. 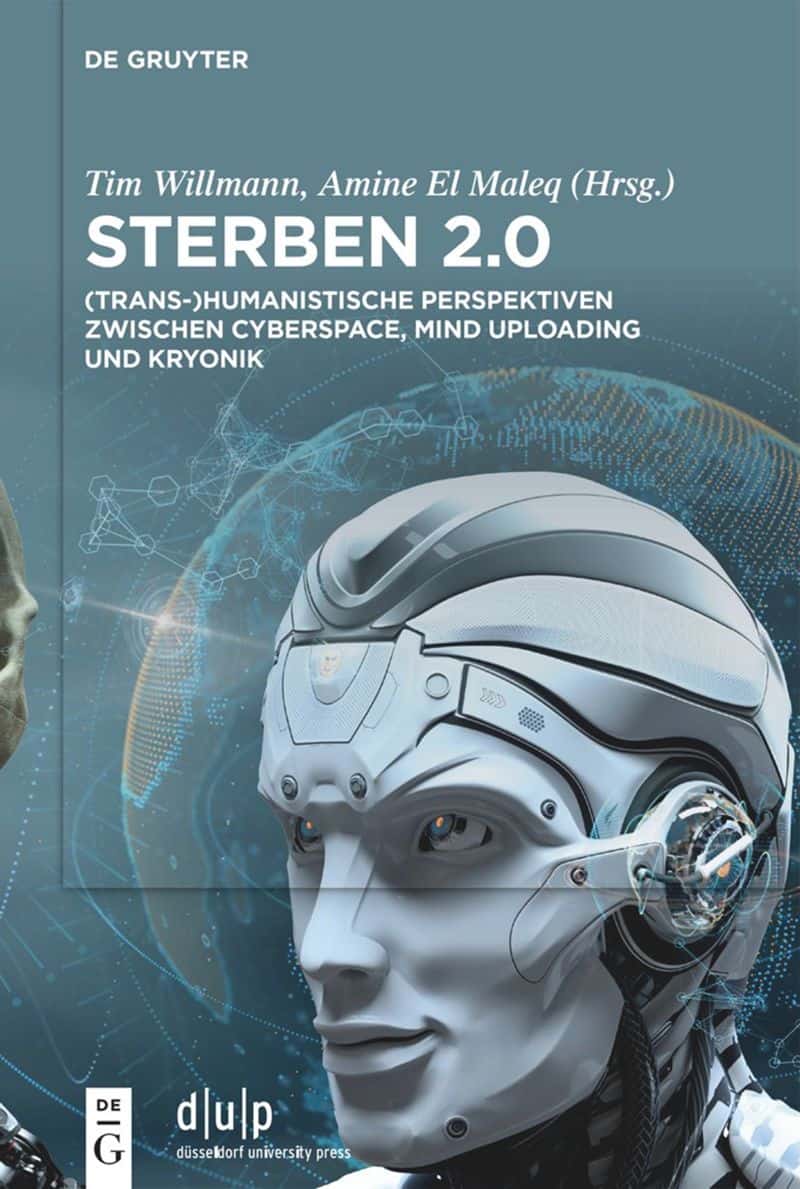 [Title image by metamorworks/iStock/Getty Images Plus

Georg Gasser studied philosophy and theology in Innsbruck, London and Notre Dame. He is currently professor of philosophy in Augsburg. His research interests include questions of personal identity, philosophy of religion, and theory of action.