In Makoko, a district of Lagos, the largest city in Nigeria and one of the economic and financial hubs of West Africa, patients with Covid-19 symptoms are waiting for the paramedics in vain. Most inhabitants of Makoko do not even have basic health insurance, let alone one that would cover emergency treatment at home. Even worse, they lack both sufficient living space for social distancing and the means of surviving a longer period while their (mostly small) businesses remain closed.

Narratives of black suffering have always been at best tolerated, at worst condoned, in the white West. Century-old racist paradigms of white superiority, designed to justify white people’s sense of entitlement to comfortable lives, lives beyond crisis, still inhere in the narrative of Africa as being in permanent crisis. For many, this sense of white entitlement comes so “naturally” that they are shocked to realize that Covid-19 is also affecting their lives. What they do not realize, however, is that the problems they face because of the pandemic are still very privileged ones. In one of the numerous German TV specials on the current lockdowns, a high school student tearfully bemoans the cancellation of her keenly awaited prom. The camera cuts to a shot of her overpriced, and now useless, ball gown. Afro-German racism critic Noah Sow has precisely such images in mind when she writes of “privileged pampered whiteness”.

“People are afraid of disease and death — and scared that white privileges are in crisis, too.”

Yes, the coronavirus pandemic is turning the tables on the prosperous, privileged, white West, in a way that seems to upset many. People are afraid of disease and death — and scared that white privileges are in crisis, too.

The lockdown story of a (white) German Africanist, Raija Kramer, is telling. In early March, while scientists in China were already warning the world of a coronavirus pandemic, Kramer travelled to Cameroon with some students to conduct “field research”. When she wanted to return home, there were no more flights. From their hotel room at the Hilton in Cameroon, Kramer and her students sent out a (heavily mediated) cry for help to the German authorities. Out in the streets, she found that local people were avoiding them, afraid that they might have carried the virus into Cameroon. The idea that they might have is not absurd: viruses travel in bodies, bodies that travel. And because of their nationality, whiteness, and wealth, white Western bodies are much more mobile than others.

The locals’ fear is not without historical precedent, either: whites carried a number of new diseases into the countries they colonized, causing the death of many. Within the wider colonial context that dehumanized and violated entire populations, many of the colonized were deliberately infected, forced into being guinea pigs for medication that would, if proven safe and effective, only be made available to people in Europe, or were abused to legitimize dubious Western theories of racial superiority. The notorious Nazi eugenicist Eugen Fischer, for example, developed his theories while conducting “field research” in present-day Namibia. Even Robert Koch conducted experiments in the colonies that were banned in Germany for their inhumanity. So, yes, the Cameroonians have good reasons to be wary of the Germans in their country.

Despite her expertise as an Africanist, Kramer refused to acknowledge this. Instead, she accused Cameroonians of racism, and was applauded in Germany for doing so. Her accusation is, of course, myopic: blacks cannot discriminate against whites. Racism is a white narrative, solely designed to claim white supremacy: Europeans invented the “principle of human race” in the sixteenth-century precisely to assert that superiority over all other people. But it is also an accusation that is blind to the contemporary context, oblivious to the devastating potential consequences of the pandemic on Cameroon’s healthcare system and population.

In fact, the economic consequences of the corona crisis are likely to outlast the pandemic itself. Forecasts warn that 35 to 65 million people will be forced into deadly poverty, mostly in African and South Asian countries. Poverty is a pandemic caused by humans, a pandemic that most affects those whose well-being has already been compromised by centuries of social inequality. People in the global South are more likely to suffer social and economic devastation because of the Covid-19 crisis, just as they have suffered more from previous global crises.

Speaking to the Financial Times, Angela Merkel and other influential politicians warned of this prospect. Yet it remains to be seen whether this awareness of what is at stake in this pandemic will translate into political action, whether it can help the West see beyond the end of its nose and abandon its century-old presumptions about white people’s entitlement to safety and protection at times of crisis, and to prosperity beyond them. After all, Covid-19 is neither the first nor the last global crisis to remind us how urgently the West needs to face its historical responsibility — and realize how its privilege stands in the way of global solidarity. 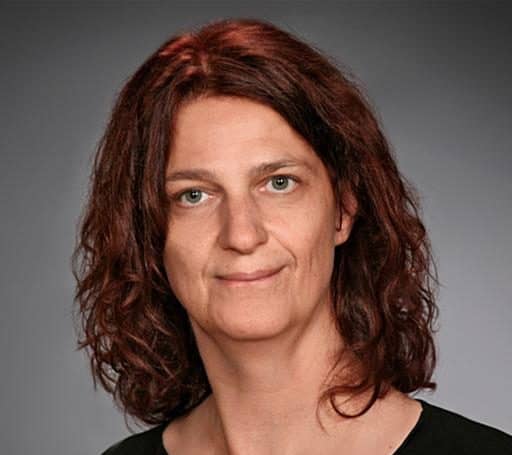 Susan Arndt is Professor for English Literature at Bayreuth University. Her areas of expertise are postcolonial and intersectionality studies. She works on negotiations of whiteness and gender in British fiction and the trans*textual impact of African oral literatures on Shakespeare’s plays. Her latest monograph is a history of sexism entitled “Sexismus. Geschichte einer Unterdrückung” (Munich, 2020).