He was one of the most visionary and ingenious pioneers of rocketry. His ideas were comprehensive, fundamental and scientifically solid. He conducted meticulous investigations about rocket parameters, and his writings provide a prophetic blue-print of the many space applications realized during the 20th century. Even today’s permanent manned space stations follow Hermann Oberth’s conceptual descriptions very closely.

For a long time, however, the engineer Hermann Oberth had a problem: almost nobody believed him.

During the 1920s, many of Oberth’s proposals sounded outrageous to his contempories. He developed spacecraft instrumentation for scientific missions and novel ideas for launch and test facilities. Oberth did not limit himself to robotic rockets, but also looked closely at the various technical, physiological, and psychological problems and challenges that would be encountered with sending humans into space.

Born to a Transylvanian-Saxon family in Hermannstadt, Austria-Hungary, in 1894, 11 year-old Hermann Oberth  became fascinated with spaceflight after reading Jules Vernes. Oberth, whose father was a surgeon, started studying medicine, but was drafted into the Imperial German Army at the outbreak of World War I. During his service in a medical unit, he found time to conduct a series of experiments concerning weightlessness.

“Under certain economic conditions, the construction of such machines may even become profitable. Such conditions might arise within a few decades. In the present document I intend to prove this statement.”

After the war, Oberth went on to study physics. But in 1922, Oberth’s doctoral dissertation on rocket science was rejected by the University of Heidelberg. Relentless and confident about his ideas, Oberth published the work by himself in 1923 as the book The Rocket Into Planetary Space. In it, Oberth laid down the mathematical laws governing rocketry and space flight and offered practical design considerations based on those laws. Despite severe criticism from many scientists, the book soon became a standard reference work.

A rocket for the Movie Premiere

This was not the only time that Oberth took extraordinary measures to pursue his vision.

With increasing public interest in the fledgling rocket experiments, the Universum Film AG (UFA) in Berlin decided to produce a science fiction film in 1928. Written by Thea von Harbou and directed by Fritz Lang, Woman in the Moon was a huge blockbuster and became one of the highest-grossing German films in 1929.

By then a well-known authority on space flight, Oberth was hired as a technical advisor for the film. But that wasn’t all: To market the film, the UFA was even prepared to fund a real rocket. After having read his The Rocket into Planetary Space, director Fritz Lang decided that Oberth was exactly the right man to build a real rocket for the movie.

Oberth agreed and started the construction of a 16 liter liquid fuelled rocket. This rocket was planned to be launched for the movie premiere on October 15, 1929. Oberth hired Rudolf Nebel, the well-known co-founder of the first German Spaceflight Society Verein für Raumschiffahrt (VfR), as his assistant, who in turn convinced Klaus Riedel to join the project for the practical construction and implementation.

Funded by the UFA, construction for the rocket commenced and was completed in 1929, alas not in time for the movie premiere. Disgruntled, Hermann Oberth travelled back home to Mediasch (now Romania), only to return in 1930 when Nebel informed him that the Chemical Technical Government Agency (Chemisch Technische Reichsanstalt) would provide offices and a test area to critically evaluate the test burns conducted at various other places in the meantime by Oberth, Nebel and Klaus Riedel.

From Rocket airport Tegel To Magdeburg

After the successful evaluation of their Oberth/UFA motor by the Chemisch Technische Reichsanstalt, which certified a constant thrust of 7kg over a time period of 50.8 seconds on 23 July 1930, and more tests with smaller engines, the trio returned to Berlin in search for a rocket test area. They finally established the first, very primitive Rocket Airport Tegel in September 1930 in Berlin-Reinickendorf. Richard Nebel became the airport’s first director and one of the first engineers joining the team was young Wernher von Braun.

Always cash-strapped and in search for financial sources, Nebel acquired a contract with the city of Magdeburg. Nebel offered to launch the first manned rocket from the Magdeburg airport on a chosen Sunday in spring 1933 for public entertainment. It was a contract between the Deutsche Reichsbank, the city of Magdeburg,  the chamber of industry and commerce and other private companies and institutions which wanted to participate in the construction of the Magdeburg piloted rocket.

The rocket was specified as a 100 kilogram vehicle with a length of 8 meters and a thrust of 750 kilogram able to reach a peak altitude of 1000 meters. It would consist of two bullet shaped units, the passenger part containing the motor and landing parachute while the lower part contained the liquid fuel tanks.

Kurt Heinisch, also part of the rocket airport team at Tegel, volunteered as the pilot. His task would be to fly the rocket and get out at the apex of the flight for a safe return by parachute – similar to the concept Juri Gagarin would use some 30 years later after his first orbital flight.

Despite some objections by military representatives, the contract was finally signed by Ernst Reuter, then mayor of Magdeburg, on January 27, 1933, only a few days before Adolf Hitler’s appointment as chancellor which marked the advent of the “Third Reich”. While Reuter, a Social Democrat, was soon arrested and forced to abdicate his positions, the city of Magdeburg honored the contract and work continued.

Unfortunately, tests soon showed that the rocket would not fly because of various malfunctions and lack of thrust. During the final unpiloted test flight, the rocket reached a thrust of approximately 185 kilograms, got deflected by the launch gantry and reached only an altitude of 30 meters before it veered off course horizontally and crashed into the ground.

Due to the following rapid political changes neither party insisted on the fulfillment of the contract and the pioneers returned to Berlin.

The rocket test area Berlin-Tegel was closed forever by the new regime in June 1934.

A prehistory of Public Private Partnerships in space travel

NASA’s Commercial Crew Development round 2 (CCDev-2) was completed in April 2011 and Virgin Galactic is getting ready to fly its first paying customers within the 2017-2020 timeframe. As we have seen, money was an issue since the beginning of spaceflight and engineers were inventive in turning up financial resources.

Hermann Oberth’s story not only shows that what today we call public private partnerships (PPP) has its precursors in the 1920s. It also teaches us how enthusiastic and dedicated engineers believing in their mission are always able to sell extraordinary ideas to the public and to appropriate sponsors. However, it is not easy to control all technical and political challenges intertwined with new ideas.

[Cover image by NASA (Public Domain) via Flickr The Commons. 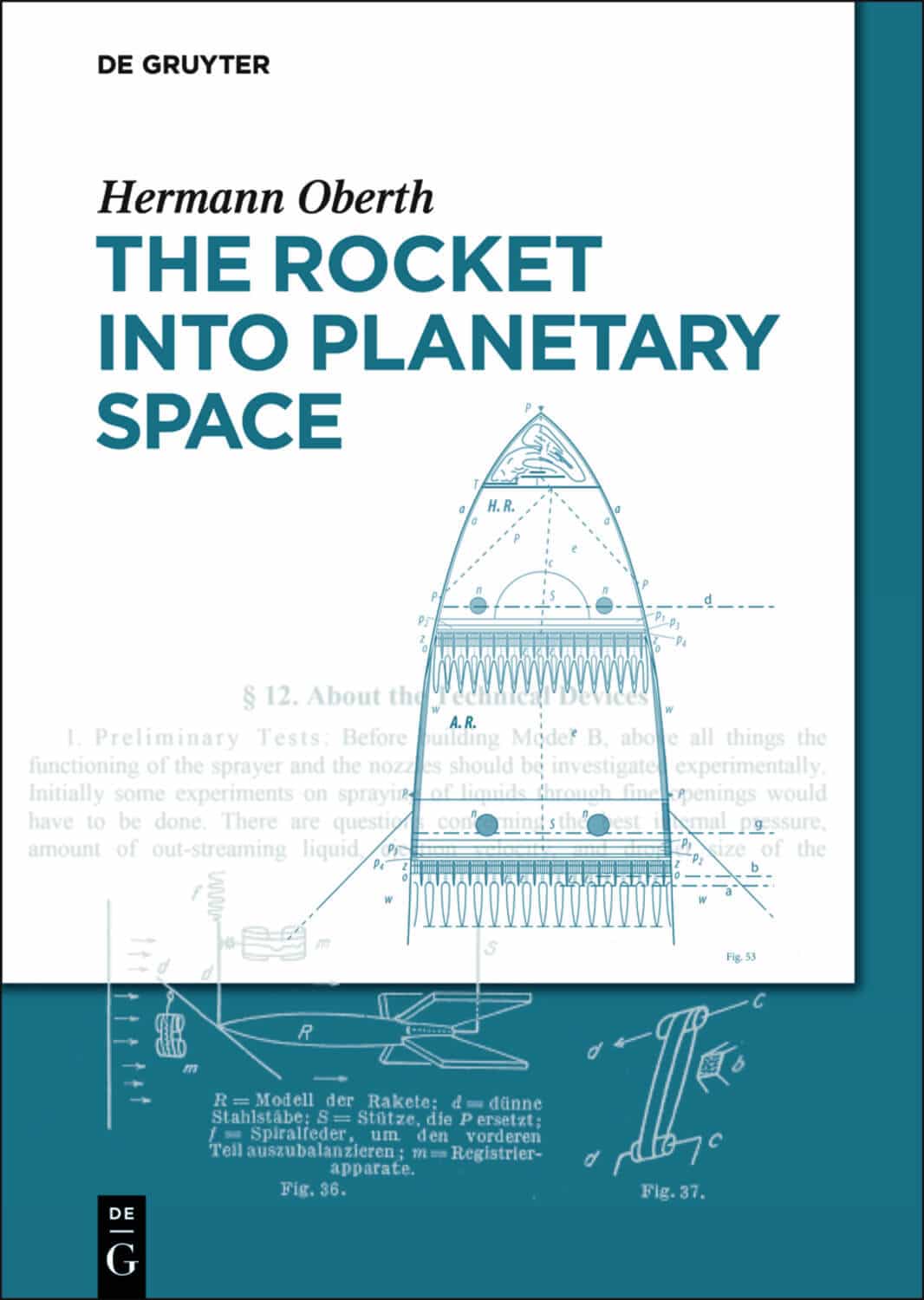 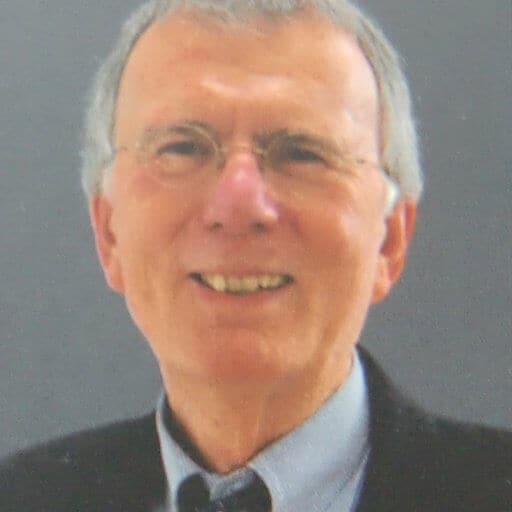 Joachim J. Kehr trained and worked for many years at various NASA centers, and earned a doctorate in 1987 as an expert in the operations of interplanetary space vehicles. From 1984 to 2005, he was in charge of the design and implementation of the nationally funded Manned Space-Laboratories Control Center (MSCC) later renamed Columbus Control Center (Col-CC) at DLR, Oberpfaffenhofen. He won the International SpaceOps Distinguished Service Medal in 2006.