Like many people who have been around for a bit, I have a repertoire of pet peeves about how things are not the way they used to be.

For example I can go on and on about how the good old blackboards and chalk of a previous era are now gone from the world, having been replaced by totally ineffectual whiteboards and whatever you call those ink-filled things that you use to write on them, or at least try to write, because most of the time they’re completely dry, and in those rare occasions when they’re not and you manage to actually write something on the board, you then discover that you mistakenly used one with permanent ink and your random scribblings are now preserved for posterity.

But at least there’s still a word for the thing that used to be there and no longer is, a word that you can use, longingly, whenever you wish to conjure up fond memories of a departed friend from your distant past — it’s still called a blackboard.

The disappearance of tea

But this is not about blackboards; it’s about something else that used to be around a lot but is now much harder to find, and whose present-day substitute is of decidedly and infuriatingly inferior quality. Unlike blackboards, though, it’s not just the thing that has gone, it’s also the word for it that has been appropriated for other usages, so much so that when one tries to launch on a tirade about how difficult it has become these days to get it, people often have no idea what one is talking about, because there’s no longer a word for it, and the word that used to be used for it now means something completely different.

I refer, of course, to the ubiquitous beverage made out of the leaves of the plant whose scientific name is Camellia sinensis. Back when I was a kid there was a nice simple English word for it: tea.

“Back when I was a kid there was a nice simple English word for it: tea.”

And most other languages also had a word for it, usually a quite similar word — tey in Hebrew, teh in Indonesian, tii in Yoruba, or čay in Russian, čaay in Hindi and šay in Arabic. As you may infer from its name, Camellia sinensis comes from China, and indeed, the different words for it in different languages reflect dialectal variation within the Chinese language, associated with the different ports from which it was first exported by the European colonial powers. While the Dutch traded out of Amoy, where in the local Southern Min dialect the word began with a t, the Portuguese traded out of Macao, where in Cantonese the word began with a č — the outcome of all of these complex trade patterns can be viewed in a delightful map produced by Östen Dahl showing the distribution of tea words in well over 200 languages worldwide.

Of course, tea was always in competition with its opposite number, coffee. And in various parts of the world, other plants also make for excellent beverages. During the eighties I spent some time in Egypt, and whenever I sat down for a hot cup of something, I would be faced with a four-way choice of šay (tea), qahwa (coffee), karkade (hibiscus) and ħilbe (fenugreek). All were great; it was an embarras de richesses; and even with my very limited Arabic I had no trouble ordering the drink of my choice, because each one had its own name.

However, it was probably around then that things started going downhill in a big way. Tea bags replaced loose leaves, increasing affluence led to greater consumer choice, and suddenly, waitresses all over the world were thrusting into your face those open wooden boxes partitioned into a dozen or more little cubicles, each containing a different kind of weed-in-a-bag for you to choose from.

Well choice is fine, provided there’s at least something to your taste. Trouble was, I soon found out that I didn’t like most of the weeds on offer, and all I wanted was a good old … erm … you know … But no, the waitress actually didn’t know, because not only did she not have any to offer in any of her seventeen little wooden cubicles, but she honestly had no idea what her bothersome customer was working himself into a lather about.

“That what she called tea was actually something much more general.”

Teeeeeeeeeeaaaaaaaaaa I would yell at her (inwardly, of course, while attempting to maintain a minimal degree of decorum). I want teeeeeaaaaa. But these are all teas, would be her puzzled response, and indeed, the little colourful labels all backed her up, proclaiming catnip tea, chamomile tea, chicory tea, chrysanthemum tea … At which point it would become clear that not only did she have no tea, she also had no word for tea. And that what she called tea was actually something much more general, apparently any kind of twig or leaf or flower that you can make a hot drink out of.

So where things stand now is that there is actually no longer any word for tea. By which of course I mean no longer any word for what used to be called tea. Oddly enough, there does seem to be a generic name for all those other imposter weed drinks: herbal tea. Perhaps with this in mind, some sympathetic souls have suggested ways in which one might be able to specify a beverage made from Camellia sinensis. One such suggestion is real tea; another is tea tea (with contrastive stress on the first tea) — an interesting grammatical construction worthy of further investigation.

Unfortunately, though, neither of the above are of any help if your waitress’ idea of tea is just any old plant in hot water. In Germany, some people have pointed out that I can avoid getting herbal tea by specifying schwarzer Tee (black tea). But that excludes other kinds of “real” tea which are referred to as grüner Tee (green tea) — and I have no idea where it leaves Oolong, which is neither black nor green, but most definitely tea. By which of course I mean what used to be called tea.

And things continue to get worse. A brew of Camellia sinensis is nicely complemented by a few mint leaves, as is customary in many Middle-Eastern countries. A few years ago I made the mistake of ordering mint tea in Amsterdam (well it was on the menu), and ended up with a glass of hot water and a sprig of mint. But no tea. Okay, so don’t expect to find mint tea in a fancy café on Spuistraat; but what about a Turkish restaurant in the West End of London? Surely there. But no, you guessed it, once again, mint tea was a glisteningly transparent glass of hot water with a couple of mint leaves floating around desultorily.

Chai is a four letter word

Then there’s the chai word. One of the most lasting memories from my first trip to India, as a backpacker in the late seventies, is of long days and nights in second-class train carriages, with a constant background drone of chaaaaaiiiii emanating from an endless procession of old, gnarled chai wallahs waddling up and down the aisles selling tiny disposable ceramic cups of tea for 25 paisa each. Well now, in trendy European cafes, you can ask for chai and actually get a cup of tea, but it won’t be any old tea, it’ll be tea Indian style, with milk and an assortment of spices.

Thus, in English and other European languages, there is an astonishing lexical gap: no word that refers to a brew of Camellia sinensis; and worse, no word you can use to vent your spleen and explain why you’re so frustrated when you fail again and again to order that longed-for cuppa.

An instance of language change

Still, in spite of my prejudices about how language should and should not be spoken, the linguist in me can only rejoice at being able to observe, in the course of few short years, an instance of language change, underscoring the nature of language as a natural, living, and ever-growing organism. But in the case at hand, there are also the glimmerings of a deeper issue, pertaining to the age-old question about the relationship between language on the one hand and thought and culture on the other.

What we see here is a semantic shift, where the meaning of a word changes over time, as well as a cultural shift, in which drinking habits also evolve — and clearly the two are related.

But how? If language is a reflection of thought and culture (think Dan Everett’s recent claims about the Pirahã), then what happened is that people starting drinking less tea, and eventually ended up not needing a word for it, so the existing word tea got reassigned to all those other weeds-in-a-bag.

Conversely, if language shapes thought and culture (as suggested by Benjamin Lee Whorf), then what happened is that the word tea underwent an extension in its meaning, as a result of which people changed their drinking habits, no longer experiencing a desire for something they no longer had a word for. In reality, it’s probably a bit of both.

Fortunately, in Indonesia, where I do most of my work, teh still means tea. I hope it stays that way, though I’m not too optimistic. 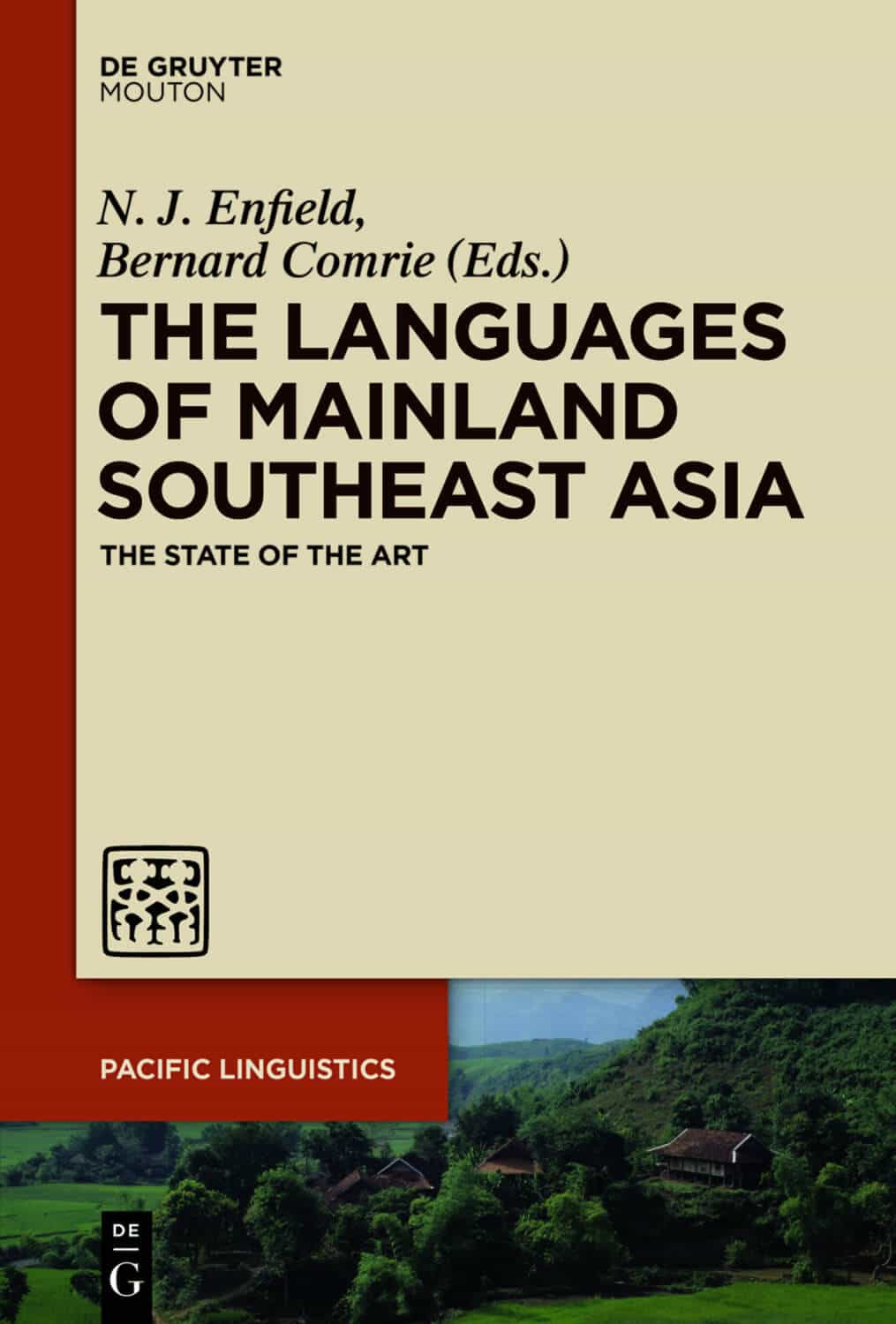 David Gil “The Mekong-Mamberamo Linguistic Area”N.J. Enfield and B. Comrie (eds.), Languages of Mainland Southeast Asia, The State of the Art.

David Gil is a linguist at the Max Planck Institute for the Science of Human History in Jena. His research interests include syntax and semantics, linguistic typology and the evolution of language, focusing on field work in Indonesia and Papua. He has taught at universities in Israel, Singapore and Malaysia, and set up and managed the Max Planck Institute Jakarta Field Station.