At the Closing Ceremony for the 2020 Tokyo Olympics, International Olympic Committee (IOC) President Thomas Bach praised the triumphant staging of the Games in the midst of a global pandemic. “This is the unifying power of sport,” he declared. “This is the message of solidarity, the message of peace and the message of resilience. This gives all of us hope for our further journey together.”

Bach’s words echo common declarations about sport’s ability to “unite” people across a range of divisions. From everyday fans to world leaders such as Nelson Mandela and Barack Obama, there is a belief that sport can mend broken relationships, create identifications among different groups, and heal communities affected by tragedy.

“Unfortunately, the story we tell ourselves about sport’s capacity to bring us together is too often an illusion.”

Indeed, the presumed power to unify is among the most compelling reasons to love sport in the first place. Unfortunately, the story we tell ourselves about sport’s capacity to bring us together is too often an illusion, and it is one that regrettably allows the maintenance or even expansion of the very problems it claims it helps us overcome.

Case Studies around the World

In Japan, as much as the Olympic athletes impressed and inspired, going forward with the Tokyo Games in the midst of the pandemic challenged the notion that sport exists to bring people “together.” More than 80 percent of the Japanese public opposed proceeding with the spectacle; although opposition appears to have softened over time, considerable ambivalence remained. After all, in addition to surging rates of COVID-19 infections, the Olympics also carried a record-breaking cost of at least $15 billion and proceeded with competitions despite dangerously high temperatures.

In Europe, the Euro 2020 tournament commenced after also being delayed by the pandemic. In the championship match decided by a penalty shoot-out, a long-tortured England squad faced off against Italy. Three English players missed their shots—Marcus Rashford, Jadon Sancho, and Bukayo Saka—each of whom is Black. Significant social media criticism of the team’s failure was directed at these players of color, much of it characterized, in UEFA’s terms, as “disgusting racist abuse.” The abusive commentary shows how these athletes might be considered “British” at times of triumph and “Black” in moments of struggle. It calls to mind the case of Germany’s Mesut Özil, who left Die Mannschaft in 2018 feeling he was seen as “German when we win, but an immigrant when we lose.”

In the United States, the unique relationship between sport and higher education was transformed by new legislation permitting college athletes to earn money based on their “name, image, and likeness” (NIL). While this permits new rights to those who supply the primary labor for college athletics, the rule changes have prompted renewed conflicts among players, coaches, administrators, fans, and media, many of which are based on the National Collegiate Athletic Association’s (NCAA) carefully managed interpretation of terms such as “amateurism” and “student-athlete.”

In Colombia, citizens beleaguered by rising taxes, police violence, and a poor response to the pandemic have increasingly taken to the streets in protest. As a symbol of their solidarity against the government, many protestors have begun wearing the yellow jersey of the Colombian national football team. What is designed to stand in for “the nation,” then, is instead being used to dramatize the exclusions many feel within it.

Meanwhile, leagues around the world must reckon with the abusive and, at times, criminal behavior of male superstar athletes. Over the course of 2021, DeShaun Watson of the National Football League (NFL) was accused by more than 20 women of sexual harassment and assault; Trevor Bauer of Major League Baseball (MLB) was suspended by the league after allegations of abuse and rape; the Montreal Canadiens of the National Hockey League (NHL) were criticized for drafting Logan Mailloux, who had distributed a nude photograph of a woman without her consent; and, Cristiano Ronaldo, one of his sport’s greatest players of all time and the current athlete with the most followers across all of social media, transferred to Manchester United of the English Premier League (EPL). The move was interesting in football terms, but it also resurfaced concerns about a rape allegation from 2009.

The True Power of Sport

Together, these examples demonstrate how fraught sport can be with division and politics. However, while they may be equally important, they do not reflect conflict in the same way. While we should unequivocally condemn racial and sexual abuse and question the wisdom of holding sporting events during a global public health crisis, we should also be heartened by empowered athletes and citizens.

In short, not all conflict is negative or to be avoided. Indeed, sport itself is built on conflict (competition) and its place in our societies gives it a platform for showcasing inequities and cultivating meaningful dissent. Sport’s power, then, lies in its ability to craft a better world, not necessarily a united one. 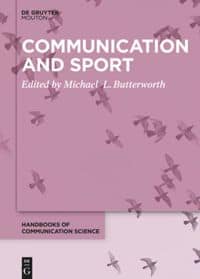 Michael L. Butterworth is the Director of the Center for Sports Communication & Media, the Governor Ann W. Richards Chair for the Texas Program in Sports and Media, and Professor in the Department of Communication Studies at the University of Texas at Austin.