The 10th International Open Access Week is 23-29 October 2017. This annual global event was established in 2008 by the Scholarly Publishing and Academic Resources Coalition (SPARC) and its partners in the student community with the goal of furthering an understanding of the benefits of Open Access which SPARC defines as “free, immediate, online access to the results of scholarly research, and the right to use and re-use those results as you need.”

The theme of this year’s event is to invite input on the concrete benefits that can gained by making scholarly outputs openly available.

IUPAC can certainly respond to SPARC’s invitation as the Technical Reports and Recommendations in their journal “Pure and Applied Chemistry” are freely-accessible as soon as they are published; all other content is freely-accessible except for the most current and preceding year. Why do we basically give-away our content, including potential back-year subscriptions? Because providing Open Access to PAC content is tied to IUPAC’s core mission.

Founded in 1919 to establish a common language for chemical researchers worldwide, IUPAC is recognized as the world authority on chemical nomenclature and terminology, on standardized methods for measurement, on atomic weights and the periodic table, and on many other critically-evaluated data.

These standards and recommendations are internationally-binding for scientists in industry and academia, and for patent lawyers, toxicologists, environmental scientists, legislation, etc. Therefore, IUPAC believes that this information must be freely-accessible, not only for the benefit of science, but also for the benefit of society in general.

Just one example of what can happen if internationally-agreed upon standards are not used is the loss of the NASA Mars Climate Orbiter in 1999.  NASA lost the orbiter due to an incorrect conversion between metric and English (USA) units. While the financial loss amounted to about $150 million U.S. dollars, a price cannot be placed on the loss of scientific data and associated work.

Open Access to scientific information is essential to progress, but it is not an easy path to follow without a sustainable business model.  IUPAC struggles with this as well and looks to monetize its content in other ways, such as the creation of the IUPAC Standards Online Database which facilitates quick access to digital versions of the Technical Reports and Recommendations.

Long-standing publishers must protect the revenue streams that support their publishing activities, but they are also providing Open Access material and are testing a variety of business models.

The Open Access movement found its momentum in the 1990’s with the emergence of electronic journals and the globalization of the Internet through the World Wide Web. During the twenty plus years that have passed, the research community has come to expect to be able to share their research results and this expectation is fueled by governments requiring free access to the results of government-funded research.

A report presented at a conference held earlier this year stated that while Open Access articles account for 16% – 18% of the total article output and is expected to continue to grow at 10% – 15% per year through 2020, they only account for 3% of the revenue.

Open Access publishing, thus, remains a work in progress, yet IUPAC will continue to advocate the free exchange of scientific information. The future of mankind depends upon it. 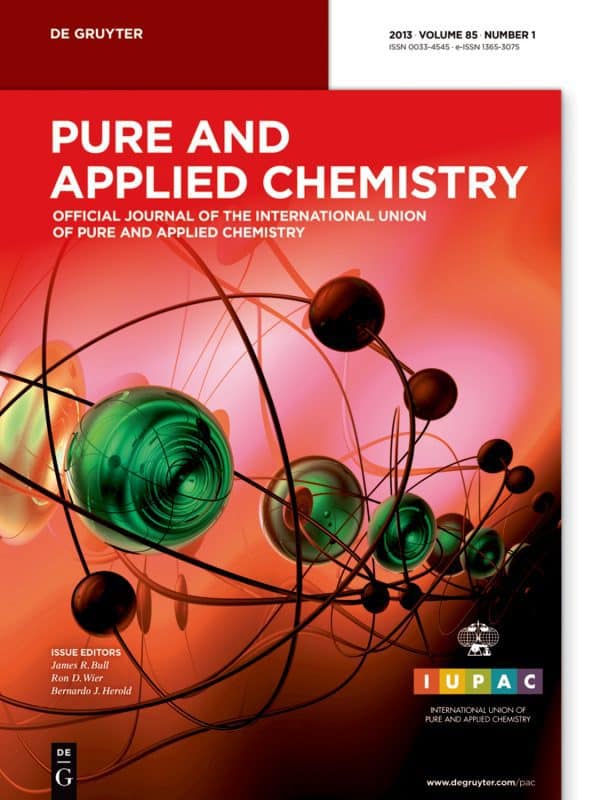 This is part I of our three article series for Open Access Week 2017.
Read the other articles

[Title image by @guacaholeymoley via Unsplash]