The monarch butterfly in North America is famous for its spectacular fall migration to overwintering sites, but this migration is increasingly imperiled. The majority of the collective population winters in central Mexico, however, a smaller subset west of the Rocky Mountains winters in coastal California, after migrating from breeding sites in the Pacific Northwest. This past winter, scientists documented an abrupt crash in the migration of the western subpopulation and now are scrambling to understand what happened.

A new commentary article in Animal Migration describes this crash and the questions that it brings. The author, David James, from Washington State University, is a longtime researcher of monarchs, having spent considerable time studying the same species in Australia, where ironically the same issue has occurred – a decline in migration. James’ new article provides insights from his experience in Australia. It comes out just as another commentary is published on this topic in News of the Lepidopterists’ Society, written by James’ colleagues.

Survival in a Changing World

According to James, there are a number of questions that must be addressed at this point, which would help us understand what led to this crash and how to move forward with conservation. One of these is ascertaining the role that non-native milkweed is playing in this migration collapse.

Tropical milkweed, a non-native host plant, is increasingly sold to homeowners, but remains in leaf year-round in regions without winter frost, which encourages monarchs to breed and thereby not to migrate. Furthermore, tropical milkweed is linked to high levels of a debilitating parasite of monarchs, which also limits migration.

Climate change could also be to blame – winter-breeding in this region has clearly increased lately, based on James’ own observations and study of online sightings, which is likely not a coincidence. However, it is not known, either by James or the authors of the other study, if the winter-breeding is the direct cause of the migration collapse or merely a consequence.

If the latter is the case, it might imply that the declining migration and accompanying increase in winter-breeding is a sign that monarchs in this subpopulation are changing their annual cycle to adapt to a new environment, where long-distance migration is not necessary.

What all researchers do agree upon though, is that the loss of the once spectacular migration is a tragedy. 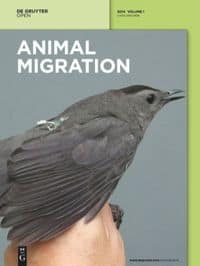 Dr. Andrew Davis is a research scientist at the Odum School of Ecology, University of Georgia. He is Editor-in-Chief of the Open Access journal “Animal Migration”.