The key ideas and limitations of French economist Thomas Piketty’s highly influential writings on social inequality are explored in a new article by the author, published in the latest issue of the De Gruyter journal Analyse & Kritik.

About Capital, Socialism and Ideology appears alongside an editorial and six critical essays on Piketty’s 2019 book Capital and Ideology. In the article, he develops and clarifies some of the book’s ideas as well as responding to specific points made in the essays.

Piketty created a stir with his 2013 book Capital in the 21st Century which claims that social inequality is determined predominantly by political and ideological factors rather than economic and technological ones. These ideas were extended and developed in Capital and Ideology.

Central to the book is Piketty’s assertion that human progress has been driven primarily by the struggle for equality and education and not, as is often argued, such strivings as the assertion of property rights or the pursuit of stability. He maps out a history of ‘inequality regimes’ the systems and institutions by which inequality is justified and structured, and concludes that inequality is primarily produced by political and ideological factors rather than economic and technological factors.

It is widely held that, since the 1980s, societies have become more unequal. Nevertheless, Piketty argues that by recognizing the social role of inequality, we can lay the foundations for a ‘participatory socialism’ based on an ideology of equality, social property, education, and the sharing of knowledge and power. Many of his responses to the critical essays published alongside the article aim to clarify the nature and incompleteness of participatory socialism.

His main clarification concerns the role of ideas and ideology in shaping the global history of inequality regimes. While he reasserts the importance of this role, he clarifies that he does not believe that ideas alone can change the world.

Piketty asserts that the main objective of Capital and Ideology is to provoke more research from across the social sciences on the global history of inequality regimes. “This is fundamentally an optimistic book,” he says, “in the sense that I believe in the possibility to learn from history and to pursue the march towards equality.”

The free-to-read paper can be found here: 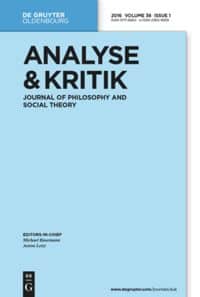