Michèle V. Cloonan: Thank you, Jim, for agreeing to be interviewed. Fake News is becoming a much-discussed topic among librarians, archivists, and curators. To gain the insights of a journalist and scholar, we turn to you for your perspective. How would you define fake news? How does it differ from yellow journalism? Hoaxes? I am excluding satire and parody because I believe that the aims are different. Fake news may have nefarious aims while parody makes fun of something – do you agree?

Jam Corcoran: If I was to strictly define it, I would say fake news are stories about events that never happened and are created to deceive the reader. By that definition, I would agree that hoaxes (and urban legends) also fall under fake news, particularly those deceptions that are given further credence by being reported in good faith by reputable news sources. A less strict definition might be “bending” a story – that is, selectively choosing “truths”, but putting them together to serve an agenda. Of course, some might point out that that is also a definition of propaganda. I don’t know that I could argue that point or distinguish between the two using the less strict definition.

There is also government-sanctioned propaganda. In some parts of the world, the government tightly controls the press. I don’t know that fake news differs all that much from yellow journalism. Both specialize in fake events, enhanced with fake interviews, further enhanced with pseudo/fake facts, and topped with misleading headlines. As an aside, I also would suggest that that kind of news can have serious consequences.

An anecdote I often recount to my students is about the photographer Frederic Remington, who was sent to Cuba in 1897 by newspaper magnate William Randolph Hearst, after the sinking of the U.S.S. Maine. After weeks of hanging around, Remington cabled Hearst: “Everything quiet. There is no trouble here. There will be no war. Wish to return.” Hearst responded: “Please remain. You furnish the pictures. I’ll furnish the war.” Which he, along with Joseph Pulitzer and others, did with gusto and sensationalism and slander and malice. Fast forward to December 2016, when a North Carolina man shot up a pizza parlor in Washington, D.C., after reading on Reddit that it was the center of a child porn ring being run by Mrs. Clinton’s campaign manager, John Podesta.

M. C.: Let’s talk about Reddit: The Front Page of the Internet. It was founded in 2005 by two former college roommates; today it has nearly 550 million monthly visitors and, according to Wikipedia, is the 4th most visited website. Members can submit content such as text posts or direct links. Registered users vote up or down to determine a story’s placement on a page. Thus it is popularity not veracity that determines placement. Doesn’t that fly in the face of the reputable gatekeeper role of journalists? Or is it just the 21st-century equivalent of “bending the truth” or publishing what sells?

J. C.: I see it as an indicator of what is popular, which is itself worthy of study. If it was my only source of information, I would be concerned. But as an indicator of what is interesting, it can be useful to journalists. Important discussions can take place there. I see it as a portal rather than as a news source. Whether Reddit is linking to reliable sources is important to determine. How Reddit is used – which sources they are linking to – must be taken into account. One must always be skeptical and analytical about sources. In short, I am agnostic about Reddit. It is another resource.

M. C.: Do you think that false news is on the rise? If so, to what do you attribute its rise?

J.C.: I do. Money, money, and more money, helped along by the Internet and social media, and the demise of “gatekeepers,” those folks who believe, and are trained, in the importance of verifying facts and information, vetting sources, and putting it all into a context, and whose ultimate allegiance is to their readers, viewers, and listeners.

M. C.: How do journalists define “truthfulness”? How do they achieve it?

“I believe that a journalist’s first obligation is to tell the truth. But whose truth do we tell?”

J. C.: I believe that a journalist’s first obligation is to tell the truth. But whose truth do we tell? That of the white supremacists who believe Blacks and Jews are attempting to destroy America’s true (read white) identity? That of the climate deniers who say there is no such thing as climate change and if there is it isn’t the fault of man? Does truth even exist?

I embrace the view offered in The Elements of Journalism, written by Bill Kovach and Tom Rosentiel. They write that “journalistic truth” is not truth in the absolute or philosophical or scientific sense. Rather, “journalistic truth” is a process, a continuing journey toward understanding that begins with the first-day story and builds over time as the journalist strips away the misinformation, disinformation, or self-promoting information, and works at “getting it right.” Then, when the community reacts, a sorting-out process begins, and the search for truth becomes a conversation.

“Good journalism provides us with the best information that we can find to allow readers to make the best decision through fact checking from a variety of sources on all sides of an issue. And to earn the reader’s trust.”

Good journalism provides us with the best information that we can find to allow readers to make the best decision through fact checking from a variety of sources on all sides of an issue. And to earn the reader’s trust.

M. C.: What do you think about click bait? Does it undermine journalism?

J. C.: If we accept the definition of click bait as content whose main purpose is to attract attention and encourage visitors to a particular web page, then everything is click bait. After all, good journalists want their stories read. A way to do that, particularly today on the Internet, is to draw them in with a curiosity-provoking headline (but I believe that also was done in the non-Internet era).

The key here, I think, is, does the story deliver the goods promised in the headline? If it does deliver, journalism isn’t undermined – it is enhanced.

One example of effective click bait was a story in The Atlantic about whether African-Americans should be given reparations.  The lead-in to the article was “250 years of slavery. 90 years of Jim Crow. 60 years of separate but equal. 35 Years of state-sanctioned redlining. Until we reckon with the compounding moral debts of our ancestors, America will never be whole.” The title of the article was “The Case for Reparations” (Coates).

If the story doesn’t deliver, and the link leads to content of dubious value or seems to pander rather than illuminate or educate, then journalism has a problem. But then we also have to question who is using the click bait and for what purposes. And are they journalists?

Another point to consider is that page views are the new currency – most sites use online traffic to bill advertisers and measure their success . . . and a news site is a business.

M. C.: PDT&C is a forum for the preservation of cultural heritage. Archivists, librarians, and curators are now considering how best to preserve fake news. Do you agree that it is quite likely that President Donald Trump’s “legacy” will be linked to the popularization of fake news? and that his tweets will be an important information source for scholars?

J. C.: Yes, “the Donald” will be remembered for reintroducing the world to “fake news”. The concept has, after all, been around for centuries, although the actual term was only first used some 120 years ago (Merriam-Webster). He also will be remembered for creating and peddling the term, too, since its use has increased significantly since Donald Trump’s election in November 2016.

And yes, I do believe his “tweets” will be an important resource. They are the views of the president in his very own unfiltered words.

M. C.: How should fake news be preserved? Should those preserving it flag it in some way to show future readers that the news was fake?

J. C.: I leave that to the experts: archivists and librarians. I think that they know best how to do it.

J. C.: I would argue your point that fake news is created by journalists or, at the very least, by people I would define as, or call, journalists. Huxters create fake news, not journalists.

The wellspring of journalism is research and verification. Media literacy is a continuum, but today we often have a narrow band. In the United States we rely too much on the “Big 5” sources.

Sometimes it is smaller news outlets that break the story. For example several years ago, McClatchy newspaper reporters debunked the story of weapons of mass destruction in Iraq.

Become media literate. We have to do more than teach how to make media – we have to teach how media influence us on a day-to-day basis and to teach people how to discern what is reliable and what is not. 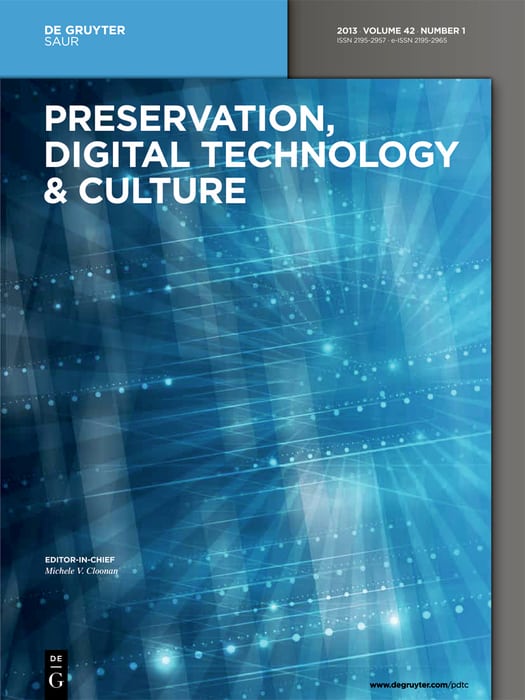 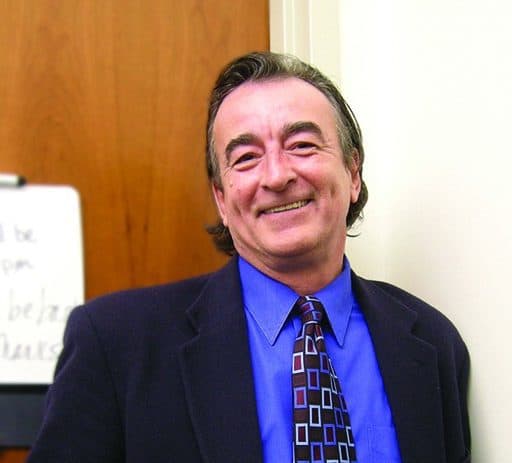 James Corcoran is an associate professor in the Department of Communications and the author of two books on domestic terrorism. He is a member of the United Nations' "Roster of Experts on Terrorism and Related Phenomena" and a recipient of the Bush Foundation Leadership Award. During his 10-year career as a journalist Corcoran received more than 24 state, regional, and national writing awards. Website