Snowflake. Narcissist. Apathetic. Coddled. These are some of the terms that are commonly used in popular media, and even in some academic writing, to describe today’s young adults.

While this generation is widely vilified – unfairly, I believe – for their alleged entitlement and hypersensitivity, virtually no published research has examined their sense of safety and security. This is particularly surprising given the environment they grew up in, which arguably has given them every right to perceive the world as generally unsafe and unpredictable.

Growing Up in an Unsafe World

She was 5 years old during the attacks of 9/11 and the start of the war in Afghanistan, and 6 ½ at the beginning of war in Iraq, which lasted throughout her childhood and adolescence.

She was 3 years old during the Columbine high school shooting and 16 when the Sandy Hook massacre occurred; part of her school experience involved practicing lockdown drills just in case an active shooter selected her classroom next.

She was 9 during Hurricane Katrina, old enough to recognize the class and racial disparities in who was impacted and to understand the failure of her government to protect children and families in need. And throughout her life she’s been conscious of the escalating effects of climate change on her future, and of the limited options she may face in accessing education and pursuing a satisfying career due to lingering effects of the recession.

Generational Experiences: From the Cold War to 9/11

Of course, every generation has faced its own set of stressors in childhood and adolescence, including fears of nuclear annihilation. My parents participated in the now infamous “duck and cover” drills in elementary school in the 1950s, while the 1983 TV miniseries “The Day After” terrified me and my high school friends during the Reagan-Gorbachev Cold War era.

And of course people living in impoverished regions or amid chronic political conflict might scoff at what are considered trying conditions in the United States – but I don’t think there’s ever been a cohort within the US or other developed nations that has faced such a cumulative load of stressors, all constantly amplified by our 24/7 media environment.

It’s one test for adults to adapt to this increasingly stressful world, but how is it shaping those who have never known a calmer time?

“I’ve surveyed hundreds of young adults about their lives and beliefs, and it’s clear that their perceptions of the world as unsafe and unfair reflect their actual experiences.”

I’ve surveyed hundreds of young adults about their lives and beliefs, and it’s clear that their perceptions of the world as unsafe and unfair reflect their actual experiences.

Even though they were young children in 2001, three-quarters of respondents to a survey I conducted about disaster experiences and safety perceptions agreed that the 9/11 attacks directly impacted their lives, with write-in answers addressing a reduction in liberty, increased prejudice and mistrust, and a general sense of fear and insecurity.

As one participant commented, “It has made me realize that random disasters can happen at any time and that we should not think we are never going to experience something like that.”

The result appears to be a global sense of unease: Almost three-quarters of these young adults (72.7%) were moderately, very, or extremely concerned that that they or their community would be affected by a disaster, and most felt ill-prepared to handle a human-caused disaster.

A World of Constant Anxiety

“Yes, they’re anxious, but that’s based on experience – and it hasn’t squelched their desire to support each other, as we’d expect to see in a genuinely entitled or narcissistic cohort.”

My interpretation of these findings: Yes, they’re anxious, but that’s based on experience – and it hasn’t squelched their desire to support each other, as we’d expect to see in a genuinely entitled or narcissistic cohort.

Why should this matter to older adults? Well, this generation will be the ones running the world as the rest of us cede power, willingly or not. If we continue to underestimate and dismiss them, I fear for future intergenerational relations.

As one young adult I surveyed wrote:

I guess I don’t necessarily think older people are wrong when they call us narcissistic, entitled, and selfish, but I think they fail to recognize how they set us up to be this way. I also think they fail to notice the flip side of those qualities and the good things about millennials. I think we’re the most tolerant and accepting generation when it comes to gender equality, sexual orientation, race, religion, and a lot more. We are driven and determined, and we refuse to be exploited by the older generations…. I think we want to be recognized and respected for the work that we do, and I don’t think there’s anything wrong with that. Older generations sound like cranky, crotchety old people complaining about ‘kids these days’ when they hate on millennials for doing the best we can with the shit hand we’ve been dealt.

Now, I could imagine my 20-year-old Generation-X self writing something pretty similar about the Baby Boomers’ impact on my early adulthood, but I definitely wouldn’t have expressed anything like another student’s comment:

We live in a world of constant anxiety. Things like terrorist attacks and school shootings are extremely real, and extremely possible to happen to us. Especially when it comes to school shootings, ‘it won’t ever happen to me’ no longer is realistic. Statistically speaking, we are very likely to experience such a thing.  I hear kids talk about how when they are bored in class sometimes they think about what they would do if a school shooter came into the building. I don’t think that is something my parents ever thought about. And I think it really has an effect on our mental health.

I sometimes look at my students and think it’s a miracle they’re functioning at all. They’re conscious of the real threats to existence and barriers to opportunity they face, and they also recognize the judgments of older adults who don’t bother to understand their perspectives but label them as thin-skinned and overly anxious.

“I sometimes look at my students and think it’s a miracle they’re functioning at all.”

The group currently entering the workforce has grown up in a uniquely stressful environment, but many of them have been strengthened by their experiences rather than crippled by them. They’re a tougher bunch than they might seem, with a lot to offer the world if given the chance. 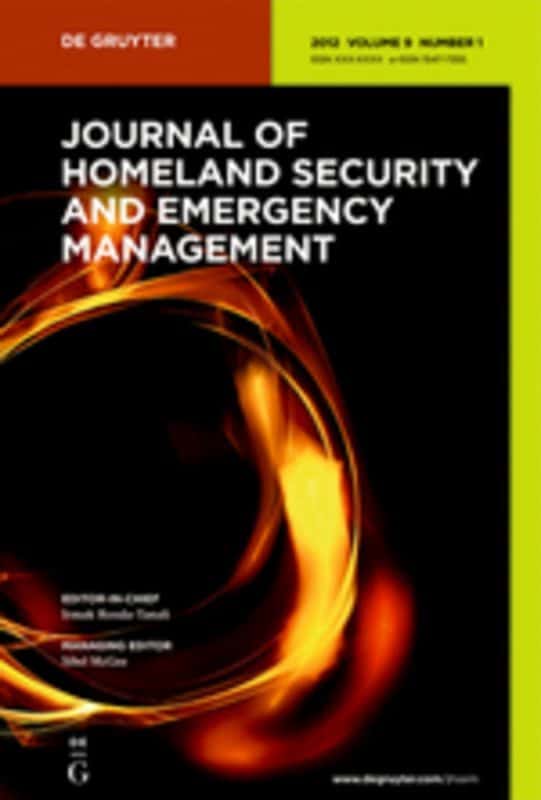 Karla VermeulenYoung Adults’ Security Perceptions: Troubling, but an Opportunity for the Response FieldJournal of Homeland Security and Emergency Management (June 2017)

Karla Vermeulen is an Assistant Professor of Psychology and the Deputy Director of the Institute for Disaster Mental Health at SUNY New Paltz, where she has taught Disaster Psychology to hundreds of undergraduate and students. She’s the co-author of Disaster Mental Health Interventions: Core Principles and Practices (2017). Her research focuses on the developmental impact of disaster on young adults.