Far from quietly trotting off the public stage (as secularization theorists once predicted) religion seems to have made a dramatic comeback in recent years.

“With the rise of the extreme right in Europe, Christian tropes and themes play a part in the mythic imaginary of a Christian West at war with an Islamic World, and even in the justification of terror.”

While much attention has been focused on Islam and its place in the public spheres of Europe and North America, it is equally necessary to grapple with the way Christianity is rearing its head – or rather one of its heads – in the realm of politics. With the rise of the extreme right in Europe, Christian tropes and themes play a part in the mythic imaginary of a Christian West at war with an Islamic World, and even in the justification of terror.

On 22 July 2011, Anders Behring Breivik left a bomb to detonate in the government quarter in Oslo. He then gained entry to the island of Utøya on which the Norwegian Labour party’s youth organisation (AUF) had their annual political summer camp, and shot indiscriminately at the young people there. He killed 77 people – of whom the majority were below the age of 20 – and wounded many more.

Breivik’s ideological justifications for his acts of terror emerged out of a brand of far right ideology known as the Eurabia theory and Contra-jihadism. In this ideological universe, an ominous Islamic imperialism is taking place that is aided by the “multicultural” policies of Western governments.

Tale of a modern crusade

While such views do not always or inevitably take an extremist form that sanctions violence, the imagined loss of Western culture is usually seen as imminent and worthy of defence – even violent defence. In construing a “them” to be fought in a war that is allegedly already taking place, it appears to be almost equally important to cement an “us”. This “us” is frequently, albeit banally, referred to as a Christian Western civilization that is playing out another crusade in a historical tale where Christians and Muslims have always been ethnically, culturally and geographically separate. In this imaginary, the Bible becomes a tool to motivate for battle, legitimate violence, and provide comfort in the idea that God is a fellow fighter.

The Bible as a legitimating device

In the 1,500 page manifesto Breivik published online to explain his violent acts, the section “Christian Justification of the Struggle,” is full of biblical citations.

Likening Muslims to trespassers in Europe, Exodus 22:2-3 is mentioned to show that if a thief breaks into your house, you have the right to defend yourself. Isaiah 54:17 is cited to affirm that no weapon against them will succeed. Psalm 18:34 is invoked to confirm the idea of God’s support for battle: “He teaches my hands to make war.” The idea of the Lord as a warrior and the Lord shattering the enemy is repeatedly stated. Isaiah 42:13 reads, for instance: “The Lord shall go forth like a mighty man; He shall stir up His zeal like a man of war. He shall cry out, yes, shout aloud; He shall prevail against His enemies.”

“Throughout, the notion of an ‘original’ Bible is used as a symbol for an original Europe freed from modernity, multiculturalism and Muslims.”

Breivik’s Bible emerges with a clear message: God is not a pacifist, the Bible encourages violence as self-defence of the Christian God. Moreover, proponents of an anti-multiculturalist and anti-Muslim position are seen as soldiers of Christ, following a biblical tradition of righteous warfare. Throughout, the notion of an “original” Bible is used as a symbol for an original Europe freed from modernity, multiculturalism and Muslims.

The Bible as a tool

It is important to note that Breivik is not the sole author of the manifesto. It contains multiple sections that are copied and pasted from other far right sources. We are not, then, talking simply about a so-called “lone wolf”. Rather, Breivik must be situated within an ideological network that ranges from more “mainstream” right-wing views to more extreme far right positions.

While Breivik describes himself as not excessively religious, then, a politicized theology becomes a crucial component in the ideological network of which he is a part.

In many ways there is nothing new about Breivik’s use of the Bible. Parallels can be found in the two World Wars. Bibles proliferated in both wars, and scripture quickly became a source of comfort as well as a motivating force for morale, inciting righteous enthusiasm for the cause.

It might be tempting to conclude with the familiar adage that religion and violence go hand in hand. But such a conclusion hardly does justice to the complexity, ambiguity and polyvalence of religions, or to the multiple factors that motivate and inform terrorist actions and ideological networks.

More to the point is the fact that religious imaginaries and scriptural vocabularies do not simply rear their heads in marginal cases such as Breivik’s. Culture, national identity, and the political imagination remain embroiled in religious ideas for better and for worse.

It is, arguably, more important than ever to critically engage with the way religious tropes continue to be mapped onto geo-political struggles, and identify the religious scripts already embedded in dominant political and cultural narratives. 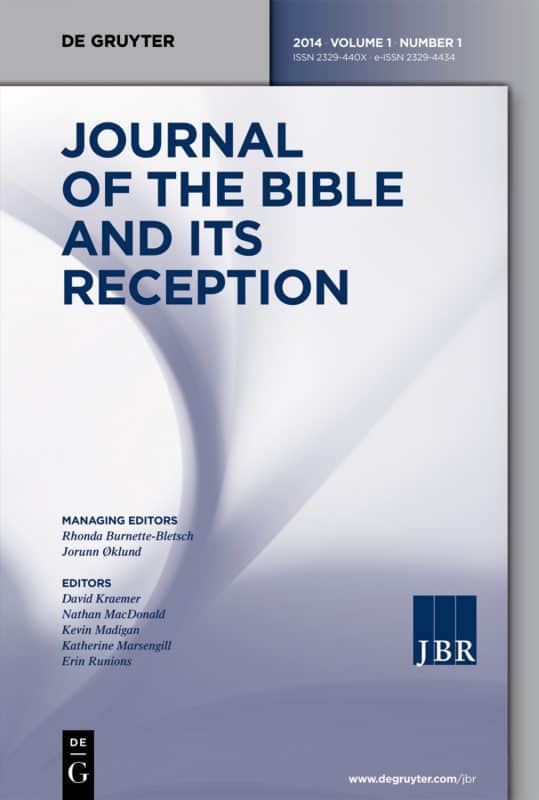 Hanna StrømmenChristian Terror in Europe? The Bible in Anders Behring Breivik’s ManifestoJournal of the Bible and its Reception
[Title image by Aaron Burden via Unsplash] 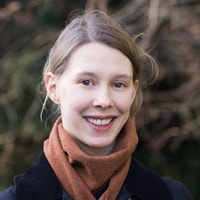 Dr. Hannah Strømmen is a Senior Lecturer in Biblical Studies at the University of Chichester, UK. She teaches and researches reception history of the Bible in the modern period. Learn more on her website.