Many social media users have made posts or comments that they regret. Such regretted posts may be rants or strong opinions posted after a beer or two, and they often receive unforeseen negative responses. Moreover, many users at some point regret the time they wasted on pointless discussions and responses in long threads of comments. Indeed, social media is known to reinforce such activities, in order to keep you on the platform and to let you respond to even more posts and ads that you didn’t want to see in the first place.

The European General Data Protection Regulation (GDPR) gives users the right to ask for a copy of their Facebook history. This may be more interesting and insightful than you might think. Even though you still cannot change ‘the algorithm’ itself, you can learn to separate purposeful activities from unwanted responses, such as negative comments triggered by sponsored posts.

In our recent user study, Facebook users engaged with an interactive tool that visualized and grouped their posts and comments. The participants observed, among other things, that they often post similar things at similar times, usually related to work or life events.

By contrast, their commenting behavior was more spontaneous and sometimes even a bit embarrassing: “Apparently, I often think I am funny when I write a comment”, observed one member of our research group. This was particularly the case with late-night activities.

The results of our study confirm that users can recognize patterns in their past behavior, which empowers them to learn to ignore triggers that they otherwise would respond to. Until Facebook offers all users a tool for this, you might want to think twice before posting a rant after midnight.

If you are interested, you can learn more here: 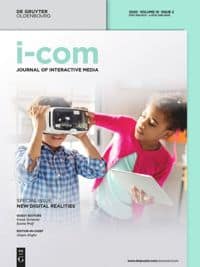 Eelco Herder works as an assistant professor at the Digital Security Group at Radboud Universiteit Nijmegen, the Netherlands. His research focuses on the fine balance between the benefits of personalization and perceived and actual risks associated with privacy matters.