This is the sixth article to commemorate the “International Year of the Periodic Table of Chemical Elements (IYPT2019)” by the United Nations General Assembly and UNESCO. Read the previous article here and stay tuned

Fluorine (atomic symbol: F) is the 13th most common element in the earth crust and the lightest member of the halogen group, which is also called group 17 in the Periodic System of Elements.

Under standard conditions, fluorine is a diatomic gas with a shade of yellow colour. It exhibits a distinct odour significantly different from that of the other halogens; chlorine (Cl), bromine (Br) and iodine (I).

Not only is fluorine of great interest to science but it has also found its way into film culture, e.g. Star Trek: The First Contact in 1996:

Fluorine is the most electronegative element, i.e. bonded to any other element it will withdraw electron density towards its own core. This unique property has not only made fluorine the anchor point of the widely known Pauling electronegativity scale, it also significantly changes reactivity and properties of fluorine containing molecules and materials compared to widely used non-fluorinated ones.

Due to its high reactivity, fluorine almost never appears in its free form, F2. In nature, fluorine is usually found in the reduced form as fluoride (F−) in compounds like fluorspar (CaF2), cryolite (Na3AlF6) or fluorapatite (Ca5(PO4)3F) to only mention a few. The latter is formed as a hard component of human teeth. To introduce that fluoride in teeth, toothpaste often contains fluoride additives such as amine fluorides.

Elemental fluorine is prepared by the electrochemical cleavage (electrolysis) of hydrogen fluoride (HF) into its elements hydrogen (H2) and fluorine (F2). This procedure was initially developed by Henri Mossian in 1886. Two decades later he was awarded the Nobel Prize in chemistry “in recognition of the great services rendered by him in his investigation and isolation of the element fluorine (…)”. 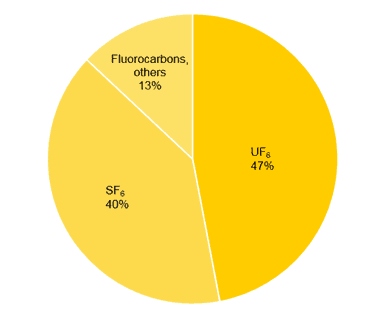 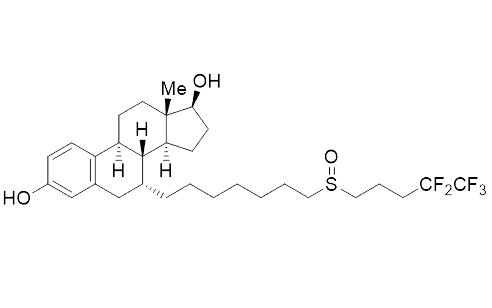 The annual F2 production in 2000 was roughly estimated at around 20’000 t.  Above displayed is a chart providing an overview of the most important applications for elemental fluorine (Fig. 1).

The main application of neat fluorine is still the production of uranium hexafluoride (UF6), which is used for the enrichment of 235U as nuclear fuel.

Another large-scale application of fluorine is the production of sulphur hexafluoride (SF6). The worldwide demand for this gas is estimated at 10’000 t per year. It is mainly used as an insulator gas in high-voltage circuit breakers due to its high dielectric strength, low toxicity and low reactivity. Nevertheless, in 1997 the usage of SF6 was regulated in the Kyoto protocol due to its high environmental impact. In fact, SF6 is the hitherto most potent greenhouse gas, 23,900 times more potent than carbon dioxide (CO2). Alternative materials are rare and therefore still subject of current research. When breathing SF6, the voice is significantly deepened, the opposite effect to the “helium voice”.

Beyond that, mixtures of neat fluorine with nitrogen can be used in the car industry for fluorination of fuel tanks – such a fluorinated surface prevents the permeability of fuels.

The simplest and widely used fluorine-containing compound is hydrogen fluoride (HF) with a production of 1*106 t per year. A unique property of hydrogen fluoride is its reactivity towards glass which is not reactive to almost any other chemical. This property also renders HF useful as an etching agent for glass.

Fully or partially fluorinated organic materials also play a significant role in our everyday life. Prominent representatives belong to the class of chlorofluorocarbons (CFCs). Comparable to SF6 they show low reactivity and low toxicity and they were widely used as refrigerants and fire-extinguishing agents. Due to their enormous ozone depletion potential (ODP) and global warming potential (GWP), they were highly regulated in the Montreal protocol in 1987.

More environmentally friendly alternatives are hydrofluoroolefins (HFOs). Liquid fluorocarbons are in general not miscible with water or classic organic solvents. Perfluorinated liquids tend to accumulate in the so-called “fluorophilic phase” which exhibits remarkable properties including an extraordinarily high gas dissolving potential. For example, at room temperature perfluorohexane (C6F14) has more than 70 % higher oxygen dissolving capacity than hexane (C6H14). This allows mammals to breathe in oxygen saturated perfluorinated liquids, so-called liquid ventilation (LV), which is used to treat respiratory diseases. An even more important application is the use of the radioactive 18F isotope in the positron emission tomography (PET), a tool for cancer diagnostics.

Another group of materials that is widely used nowadays are fluorinated polymers. From these the most important one is polytetrafluorethylene (PTFE) also known as Teflon®. It is a chemically highly inert and thermally stable  perfluorocarbon polymer with a variety of applications; from the sealing of frying pans to applications in the NASA’s space program with a total demand of 1.05*105 t per year.

Another important material, the co-polymer ethylene tetrafluoroethylene (ETFE) consisting of fully fluorinated and non-fluorinated carbon segments, is nowadays widely used in modern architecture. For example, the outer shell of the Allianz Arena in Munich is built from ETEF panels.

In 2014 about 25 % of all drugs contained at least one fluorine atom. For instance, the most widely used drug in the therapy of breast cancer contains a partially fluorinated alkyl tail (ICI 182,780, see Fig. 2 above). In fact, it is more potent than the non-fluorinated derivative. It is surprising that the introduction of fluorine atoms in pharmaceutically active compounds is beneficial because the vast majority of drugs are derivatives of natural products or are inspired by nature.

It was not until 1943 that the first fluorine-containing natural product was discovered, i.e. sodium monofluoroacetate, a monofluorinated, poisonous derivative of acetic acid. In 2014 nearly 25 % of all agrochemical products used contained one or more fluorine atoms. Thus, fluorinated products make an important contribution to global food security.

An Element of Extremes

Among the halogens, fluorine, chlorine, bromine, and iodine, fluorine is the most reactive one. It forms compounds with all other elements except the noble gases helium (He), neon (Ne) and argon (Ar), whereas stable compounds with krypton (Kr) and xenon (Xe) are formed. The synthesis of these noble gas compounds by Neil Bartlett, and shortly thereafter by Rudolf Hoppe, marked a paradigm shift in the reactivity of noble gases, which were once believed to be fully inert.

In general, extreme caution should be exercised when working with elemental fluorine and some of the fluorinated inorganic compounds. Nevertheless, this should not stop chemists from exploring the chemistry of this remarkable element with its unique reactivity and the potential to discover exciting and novel fluorine-containing materials. Fluorine is therefore an element of extremes which can still bring us many surprises in the future. 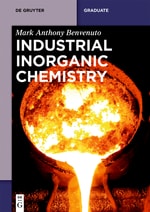 Sebastian Riedel was born in Groß-Gerau, Germany, in 1975 and was trained as a chemistry laboratory technician at Siemens and Degussa in Hanau-Wolfgang. He then studied chemistry at the Universities of Siegen and Würzburg and obtained his Ph.D. in theoretical chemistry. As a Humboldt-postdoctoral fellow, he joined the groups of Markku Räsänen and Pekka Pyykkö (Helsinki) and afterward carried out a second postdoctoral stay in the group of Gary J. Schrobilgen (University of Hamilton, Canada). Having finished his habilitation at Albert-Ludwigs Universität Freiburg in 2013, he became a full professor of inorganic chemistry at the Freie Universität Berlin in the same year. Patrick Pröhm was born in Kassel, Germany, in 1993. He studied chemistry at the Ruprecht-Karls-Universität in Heidelberg, Germany and at the Freie Universität in Berlin with a research stay at the University of Cambridge, United Kingdom. Since 2017 he is a PhD student in the group of Prof. Riedel at the Freie Universität Berlin, Germany with a focus on chlorine fluorine interhalides.