In climbing halls, high levels of dust are found because magnesia powder is used to dry hands. Concerns have been raised about possible health effects after reports from asthmatics experiencing worsening of symptoms while or after climbing. Researchers from the University of Vienna show that measures need to be taken to reduce these dust levels raised during sporting activities.

Two recent studies, published in Reviews on Environmental Health, investigated the acute and sub-acute effects of climbing in dusty halls on lung function. Most of the dust particles found in the magnesia powder were in the size range between 2.5 and 10 ?m with dust levels (PM10) in the mg/m3 range.

In the first study, 109 climbers were examined before and after climbing activity that lasted at least one hour. In the second study, 22 climbers from different age classes participated in a two-day climbing competition. They underwent lung function tests before the first round of the competition (in the morning), after the second round approximately three hours later, and in the morning of the second day before the competition started again. In the first study an acute decline in lung function immediately after exposure was found, likely due to protective reflexes of the bronchial muscles and stronger declines in persons with higher exhaled nitric oxide (NO) pre-climbing. 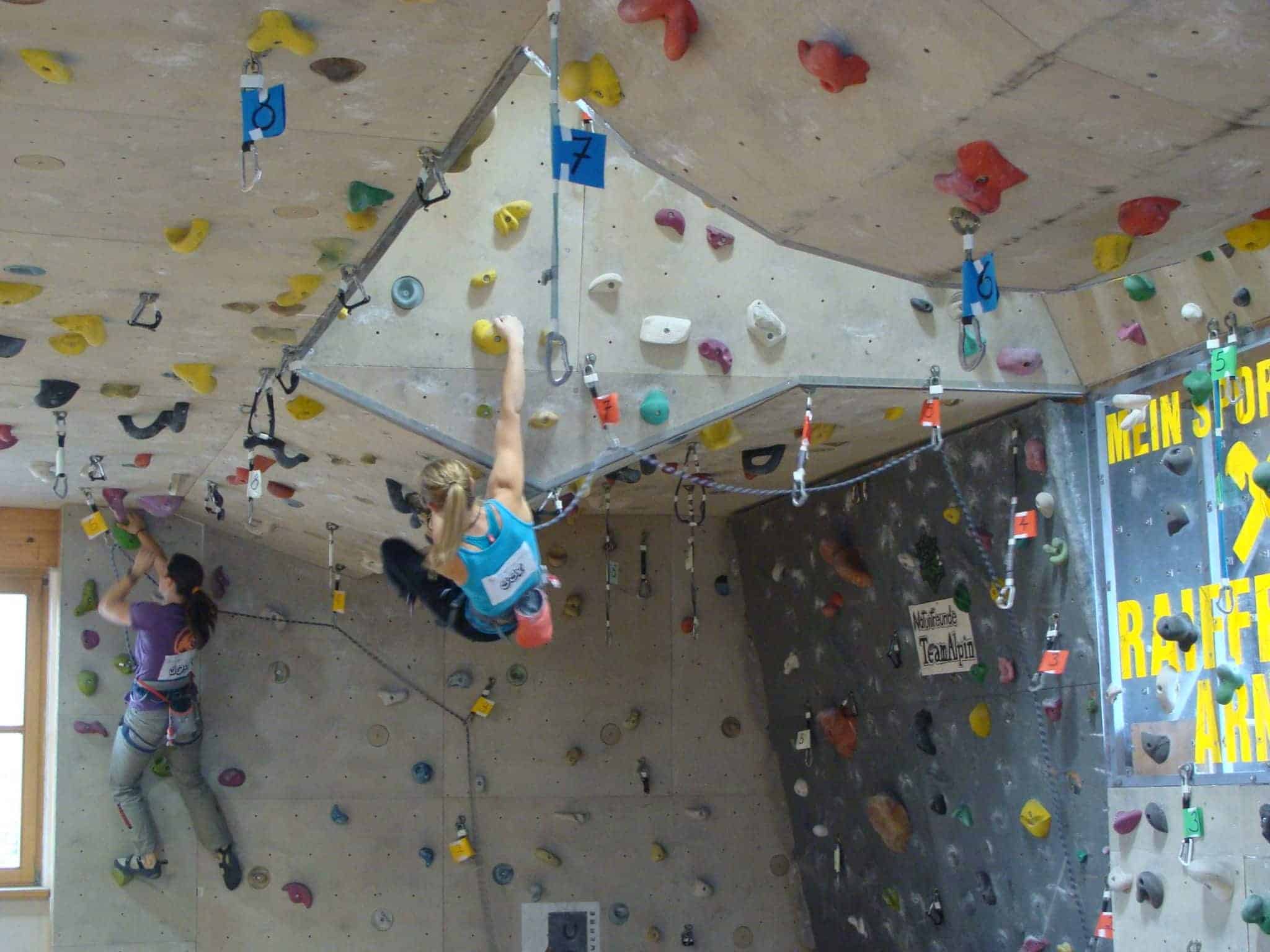 Thus the second study was planned to also capture subacute effects on the next day due to inflammation. There was a decline in lung function over 24 hours in persons with higher exhaled NO levels pre-exposure. All spirometric parameters (inhaled/exhaled air volume and flow) were affected, though the effects were not statistically significant in all cases. Younger age classes started earlier in the morning and remained after their climbing to watch the others, thus experiencing higher cumulative exposure during the first three hours.

In accordance with the findings of the first study, a decline in lung function shortly after the exposure was visible with increasing exposure. No differences by age or by time of the first climb were observed for the 24 hour lung function change.

Although magnesia dust is coarse and non-toxic, asthmatics should be careful because high dust exposure might trigger asthma attacks. Even though no attacks were observed during the studies, persons with signs of asthma-like inflammation (indicated by higher exhaled NO) did experience a more pronounced reduction of lung function and longer (24 hours) duration of the effect.

Overall reductions in lung function were small and reversible as they were no longer evident after 24 hours. Nevertheless, measures to reduce dust levels in climbing halls and gyms are called for. These could include a better ventilation regime, more efficient cleaning of the halls or a modified formulation of the adhesive.