There has long been a notion that art and science are separated by a vast and impassable gulf. Science is seen as objective and driven by quantitative facts, whereas art is subjective, emotional, and guided by aesthetics. This view reduces both endeavours to caricatures, and leaves little room for dialogue, let alone the possibility for scientists-as-artists or artists-as-scientists.

Practicing chemists have long known that this dichotomy is too simplistic; many of us are captivated by the tangible and conceptual beauty of the chemical world. While not a carefully guarded secret, until recently, this isn’t something we’ve been shouting from the rooftops.

ChemiSTEAM – putting the “A” in STEM is an Art of Science competition that aims to show the artistic side of chemistry and chemists. Currently in its third year, it was the brainchild of Mark Workentin of Western University, who had been impressed by the high level of creativity and artistic talent on #ChemTwitter, and who was using student artistic expression as a pedagogical tool in his introductory organic chemistry class.

As Program Co-Chair of the 2019 Canadian Chemistry Conference and Exhibition (CCCE) in Québec City, Mark recruited two of us (Vance and Brian) in the summer of 2018 to develop an “Art of Chemistry” event for the conference. Landing on the idea of a sci-art contest, we quickly recruited Louise as a co-judge, and ChemiSTEAM was born.

That first year, we had 33 entries from conference attendees, mainly photographs, but also an original drawing, a mural, a screen-printed tea towel, two embroidered fabrics, and a 3D periodic table installation (all of these were submitted as photographs of the actual art items). The winning photograph, “Waves of Luminescence” was submitted by Cheng-Hao Liu of McGill University.

Perhaps the most challenging aspect of ChemiSTEAM is evaluating the entries. Our rotating team of judges include members of the chemistry community, external experts in science communication, and even an art historian. Decisions are seldom unanimous, reflecting the difficulty in assigning quantification to a qualitative competition, the diverse background of the panel, and the overall high quality of work reflected by each entry.

We also soon realized that choosing a winner was only half the battle. How were we going to exhibit the top entries in Québec City? Framed images? A video display? How would we get everything to Québec City? None of us were local.

“Many of our colleagues undoubtedly wondered why we had undertaken a public crafting project instead of attending the plenary lecture.”

Ultimately, practical considerations (and a lack of experience) kept our ambitions in check. Large format versions of the images were printed and carefully transported in carry-on luggage from Vancouver. Armed with poster board, double-sided tape and scissors, we spent the first hours of the conference crouched in the corridor of the convention center assembling our ad hoc display. Many of our colleagues undoubtedly wondered why we had undertaken a public crafting project instead of attending the plenary lecture. Eventually, and with considerable help from the phenomenal Canadian Society for Chemistry (CSC) team, we got our plucky little display up on the wall. The tape mostly held for the next few days, and ChemiSTEAM made its official debut.

The following year, CCCE 2020 was scheduled for Winnipeg, Manitoba. Submissions for the 2020 edition of ChemiSTEAM had already begun to arrive when the global pandemic caused the cancellation of the conference. While disappointing, we saw the opportunity to provide something positive to the Canadian chemistry community. Working with CSC, we kept the submission portal open, and continued accepting entries into May 2020. Our judges remained committed, and so our transition to a virtual competition was underway! We had 23 excellent submissions, with the winning entry coming from Vanessa Beland of York University in Toronto, with her amazing “Tyrannosaur” on polymer film.

Our challenge in 2020 was figuring out how to share the winning art in this virtual milieu. Our inaugural exhibition in 2019 allowed conference attendees to gather and discuss the work with each other and the artists. Wanting to preserve this sense of community, we envisioned an electronic gallery with supporting blog posts from each artist.

When we contacted CSC headquarters for help, they offered to share the art and stories through their biweekly news, CIC News. Winning artists were invited to write a piece describing how they created their art, what inspired it, how it related to their research, the relationship they see between art and science, or anything else that they would like to communicate. To our delight, everyone agreed to participate, and we moved forward with a way for the community to virtually connect with the artists and with each other.

“The value of ChemiSTEAM is not merely in the art itself, but also in the stories behind the work.”

This new online format, though born of necessity, taught us an important lesson: the value of ChemiSTEAM is not merely in the art itself, but also in the stories behind the work. This is a lesson that we gratefully embrace as we enter the third year of the competition, which is now well underway, with final submissions just received. We are looking forward to another excellent year of amazing art and wonderful science.

Check out this book (with cover art created by Brian Wagner!) 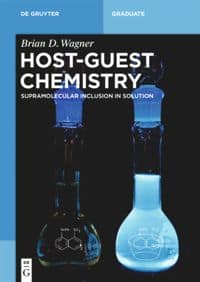 [Title image: “Metal-Organic Rose” by Chemistry Master’s student Paola Marino from Concordia University: “Each petal of the MOF rose is representative of another day at the research lab, trying new reactions, failing and withering away, succeeding and blooming in full, and pursuing new challenges.” See her blog post for more information.]